In Days Gone, you can acquire all kinds of weapons. Your hero may use firearms (such as a pistol or rifle) or melee weapons (a knife). Each of them has different statistics and properties and, e.g. a crossbow will allow you to eliminate enemies in a silent manner, while a shotgun will knock down many foes with one pull of the trigger.

Can weapons be destroyed?

The weapons found by the hero can be in various states of disrepair, and it affects their statistics. Weapons can be repaired or improved, thanks to these mechanics you can either constantly develop a beloved weapon or constantly exchange weapons for new ones.

What melee weapons will I find in the game? 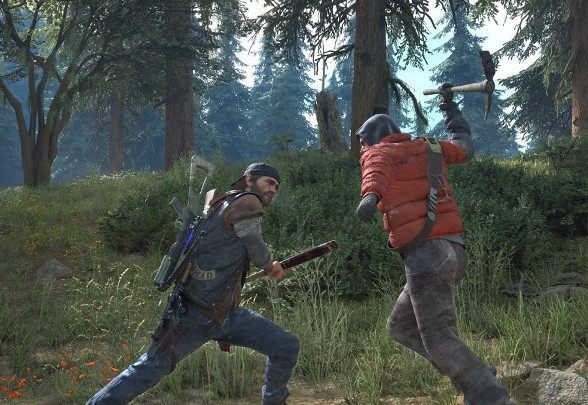 In melee combat you will require an effective weapon, it will allow you to both successfully do combat and disengage from enemies. In the game, there are numerous bats, pipes, axes, clubs, crowbars, machetes and table legs for you to use.

Can I upgrade my weapons?

While exploring the game's world you can find various pieces of equipment. Given time, you will learn how to make your own weapons, combining those found with the right raw materials (e.g. a table leg + nails). You can also create explosives or traps.

What firearms will I find in the game? 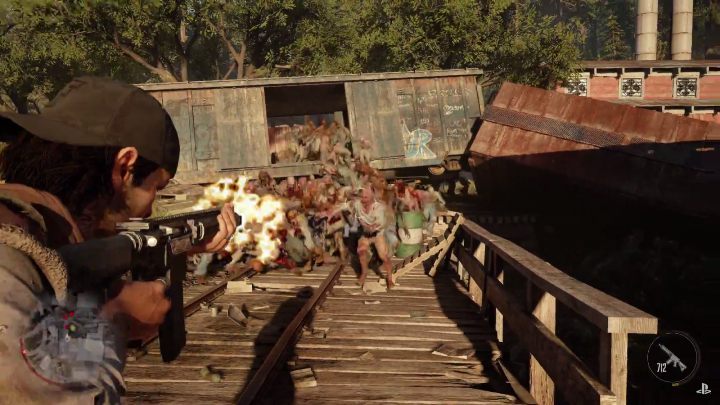 In Days Gone you will find pistols, automatic and sniper rifles, crossbows and shotguns. Each of these weapons has different statistics. It will be best if you change them depending on the situation. In some places, it will be best to use a sniper rifle and eliminate the opponents from a comfortable distance. Another time, the crossbow will be the best, as it will allow you to silently take out enemies.

Can I throw an enemy off a cliff?

The Days Gone game has an interactive environment. This means that you can get rid of opponents by throwing them from a ledge or by impaling them on some sharp rocks. This way, you can keep your weapons in perfect condition or save yourself in a dire moment.

Can I run over enemies?

The motorcycle is a great weapon to get rid of opponents. While driving at a high speed you can wound or eliminate foes without any issues.

Of course. In Days Gone you can sneak around at will in order to steer clear of enemies. Remember that the slower you move, the smaller the chance that you can be detected by your opponents.

Sneaking will be made simpler by the following skill:

Thief In the Night - reduces the noise generated when moving.

In addition, you can improve your motorcycle so that it generates a lot less noise.

How to distract enemies?

There is an important skill in the game that will allow you to distract enemies. You will find it in the melee combat skill tree.

Rock On - gives you the ability to stun an opponent by throwing a stone at him. Thanks to this, you can distract the enemy, knock him out of a fight, or simply distract him and then calmly pass him.

During a fight against opponents, you can hide behind various bits of cover. This is a very useful mechanic in fights against other people. When you hide behind cover, you will be able to avoid enemy projectiles, and you can easily reload your weapon or replace it with another. 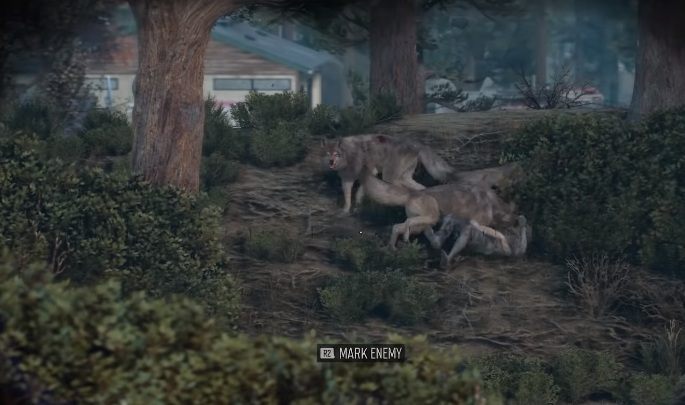 There are many types of opponents in Days Gone. Most of them also hate each other. You can use this by provoking them to fight against one another.