The Color of Madness DLC has introduced a lot of new features, inspired by one of the updates for the original game (the fight with Shrieker), such as new and unique Quirks. You can get them by encountering a wandering boss called the Thing from the Stars. 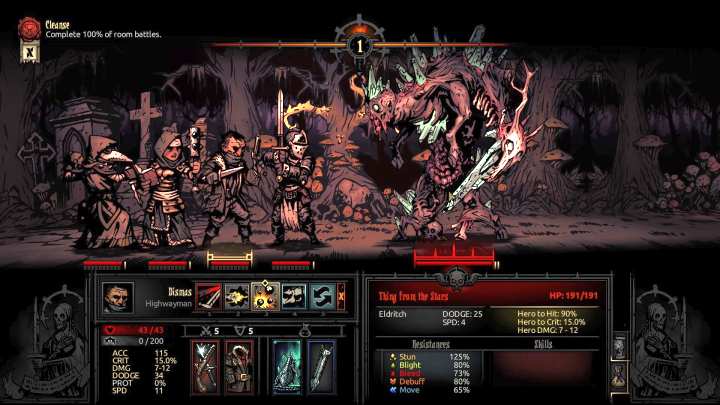 Just like the Shrieker, the fight with the Thing from the Stars allows you to get unique Quirks.

Note - each of the quirks can be acquired only once. It can't be acquired by any other hero in the party if someone already has it - this happens as long as a hero with a specific Quirk is in your party.