Selection of party members in The Color of Madness DLC expansion pack is quite difficult, because it depends on the progress you have already made while being at Farmstead. Depending on your progress, you will encounter other opponents with different weaknesses and strengths. So it is not possible to prepare the team in 100% for every situation - however, playing at Farmstead can be tweaked a bit to make it significantly easier. 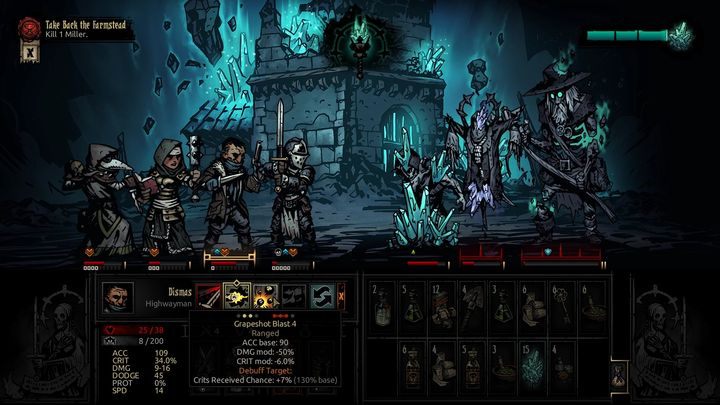 Standard, starting party is great for the first two missions on Farmstead.

The first two missions at Farmstead

As you can easily guess, this is a standard starting team, to which the player has access after completing the training mission. With such a party, it is possible to complete all the missions at Farmstead without any problems, as well as to survive many waves of enemies during The Endless Harvest. Of course, the characters can be exchanged - the Highwayman can be changed to Hellion or Jester, the Crusader can be replaced by Man-at-Arms and the Plague Doctor with Abomination. In these missions, however, it is not worth using Flagellant (if you have the Crimson Court expansion set) or Leper - the former one emphasizes the bleeding effect, to which enemies are quite resistant here. The latter may have problems hitting enemies with a relatively high level of dodge. 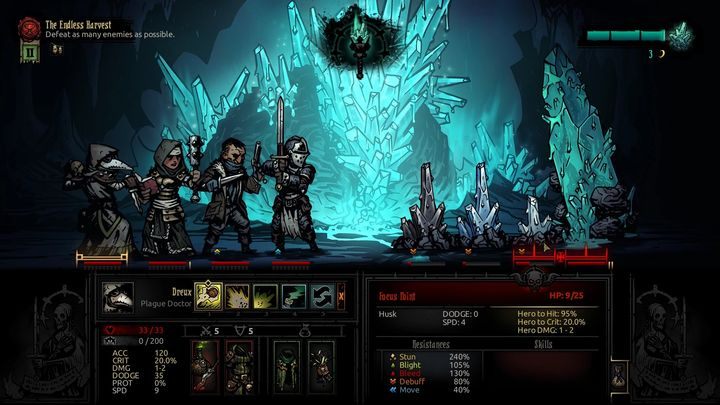 In turn, during The Endless Harvest mission, where the player's goal is to survive as long as possible, the following characters will prove their worth:

Heroes that you should not use

There are a few heroes that it is better not to use here. These are: