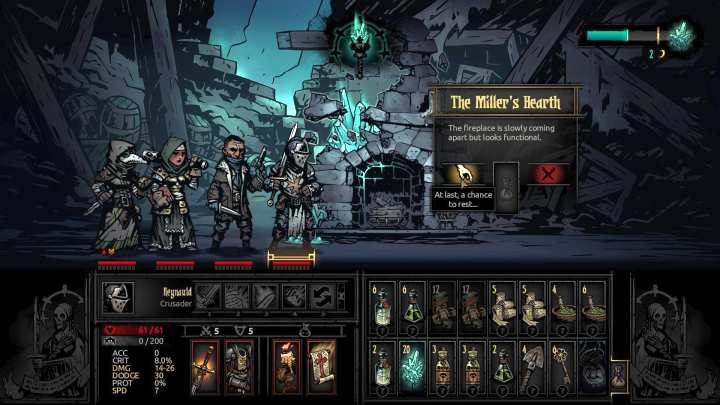 Take as many consumables with you as you can.

As it was already mentioned a few times before, the gameplay on the Farmstead differs a lot from other regions. Your only goal is to survive and kill as many enemies as you can. Take:

Ignore Shovels and Torches - these items aren't used here, and the player has no impact on the light. As for other items, you should also take two full stocks of Medicinal Herbs, Holy Water, Bandages and Antivenom as well as 16-24 units of Food. You can also use Shard Dust, that is if you don't fear the consequences - use it with care, you don't want to kill your characters.