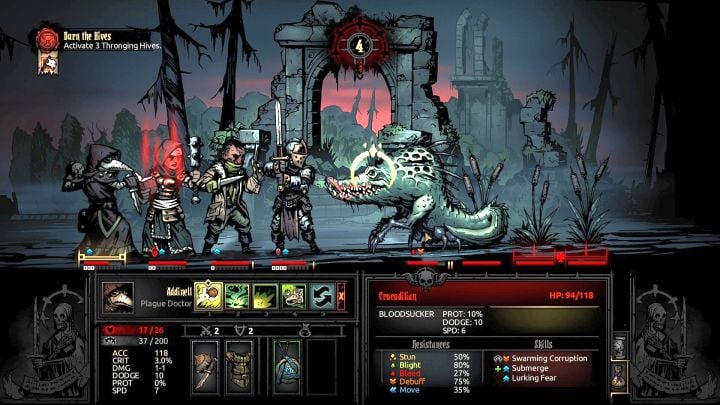 Crocodilian is the first major encounter in the DLC.

It’s hard to tell who should you watch out for, as most of the enemies are similar and the biggest threat comes from The Thirst ability that causes the Crimson Curse, which can be used by most of them as well. There is, however, a single foe that can become extremely dangerous – the mini-boss Crocodilian.

This foe will appear in several places through the Courtyard (you will encounter him during your first venture into the area). The main threat of the Crocodilian comes from the fact that there are three other objects on his side that you can’t harm and that the enemy will move between different ranks, forcing you to use different attacks. It is advised to build a party with heroes that can effectively attack all ranks. Multiple abilities to stun and inflict Bleed and Blight are also extremely effective.