With the recent introduction of The Crimson Court DLC, a variety of new mechanics were introduced to the original Darkest Dungeon game. The game, however, does very little to inform the player what are the changes brought by the add-on - everything has to be experienced, almost nothing is "presented" to the player. In this chapter you will learn about the differences between the base game and the DLC, as well as how to turn the DLC itself on. 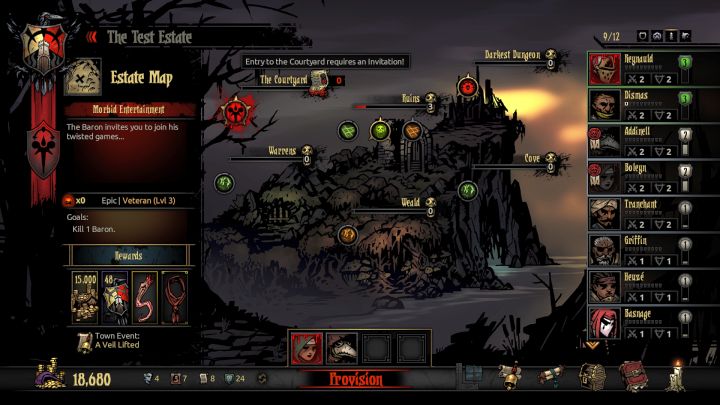 A new area, Courtyard, one of the features of the Crimson Court DLC.

The newest DLC introduces the following:

How to activate the DLC 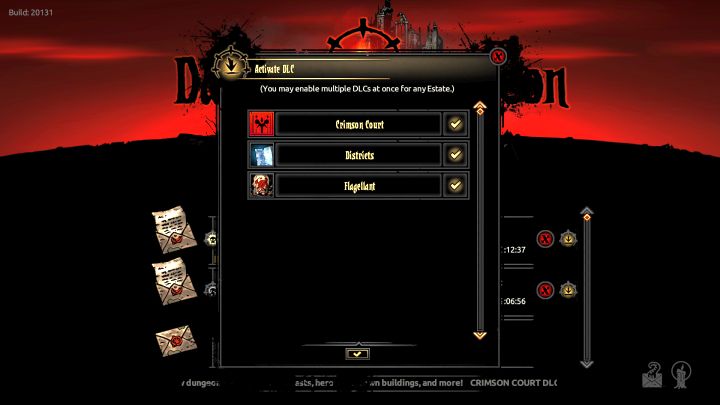 You can select which features of the DLC you want to turn on.

Once the DLC is installed, you will get a prompt screen when selecting any of the existing save files, asking you whether you want to turn any DLC content on. You can also create a new save and select any of the DLC contents you want to turn on. Note that you don't have to use all of the new features - you can, for instance, use the new class, the Flagellant, but keep everything else off. At the moment there are three features to choose from:

Note - once any of the features is turned on and at least one week (one mission) has passed in the game, you won't be able to turn any of those off.