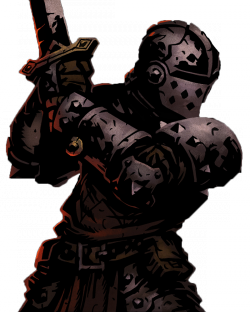 Crusader is one of the best tanks in the game thanks to his high resistances, solid armor and a great skill set which uses the offensive attacks, healing, buffing and a bit of area of effect. Being a shield for the team is not the only role for the crusader though. He also does great on the second position from where he can buff and heal his companions. His stats make him one of the best heroes in the game.

Crusader is an excellent defender of the rest of the party, which is why it is best to deploy him in either 1st or 2nd position, where he can use the majority of his abilities, with the exception of Holy Lance

Crusader works great as a shield for the rest of the party, thus it is the best to keep him in the front, where he can use most of his abilities.

This class is perfect against Unholy type of opponents. There are two abilities - Smite and Holy Lance that deal up to 35% more damage to opponents of that category. It is most useful in the starting missions in which this enemies appear more often.

Although the Crusader may not be the best healer in the game, he can be used as one nevertheless. It works especially great if there is another, main healer in the party. Use the Battler Heal and Inspiring Cry, in order to retrieve some HPs to other party members and to lower down their stress.