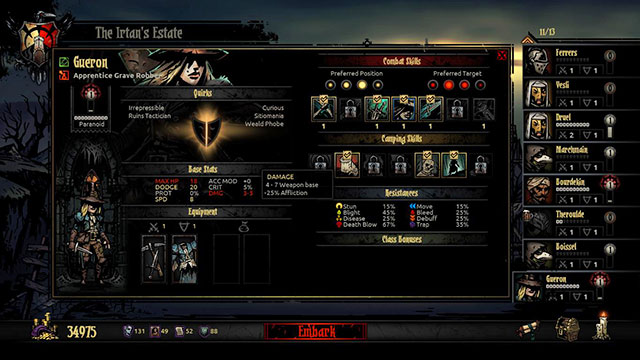 Some Effects may decrease the hero's stats

The Dungeons are dangerous and filthy. Heroes exploring them may catch some afflictions or diseases which will give them some negative effects of which some are permanent. All of this effects (some of them may be positive) are called the status effects. These can be; bleedings, blithes, diseases, afflictions, or the heroic bonuses. Some of them will disappear with time, and some will require sending the hero to the special facilities in town.