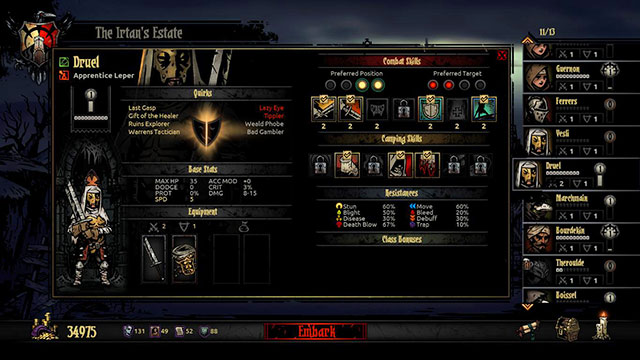 Heroics bonuses' effects are not permanent

Heroic bonuses are also considered to count as the afflictions, but instead of harming their bearers, they are giving them profits. They can be healed in the way you would heal a negative affliction, but they disappear after using the camping or after leaving the dungeons. Additionally, these bonuses decrease the overall level of stress in your party in the moment when one of its members is rewarded with it.