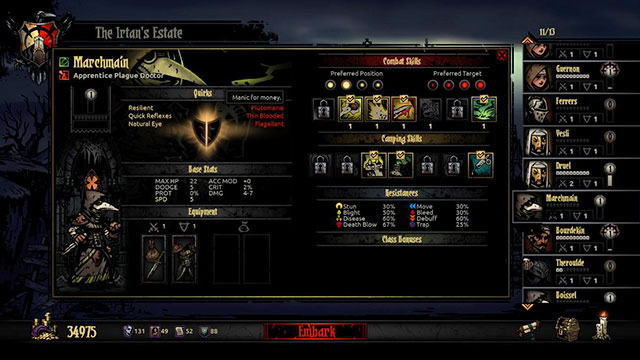 Each hero has his/her afflictions

Life of the treasure hunters is not by any means easy and it is full of stress, threats and disappointments. When a hero reaches his stress limit, he gets the Affliction. The negative afflictions usually influence not only its bearer, but also other companions. Most of the effects appear during the fight, but some of them may appear also along with the exploration by increasing the stress level of other heroes, losing the treasures or activating the traps.

Oppositely to the Quirks, the Afflictions are not permanent and they usually disappear when the stress reaches the lowest rate. The 0 level of stress may be regained by using the Tavern or Abbey.