The following page discusses exploration in Darkest Dungeon 2 . You will learn about the basics of going on Expeditions, choosing your paths, Markers, and Events. You will also learn what Flame means and what bonuses it provides at certain levels of brightness.

You're moving along the path while keeping an eye on your position on the map. In subsequent locations, you can choose from two or three forks at certain points, so don't go forward blindly. Despite your plan, some heroes may come up with their own route suggestions: if you disagree with them, the hero(es)' Stress will rise. 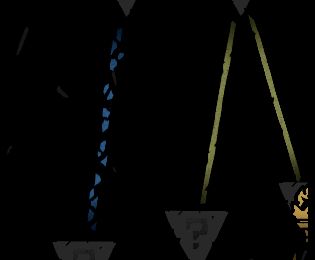 The road on the map is yellow-green or blue. You may encounter a random fight on the blue road. Fighting on the road is usually easier than in combat points, but can still be challenging at low Light levels. They have a given number of Rounds (5) visible in the upper-right corner. When all rounds have ended, the fight stops and the heroes get back on the trail. If you don't manage to defeat your opponents within this time, you will not receive any reward . 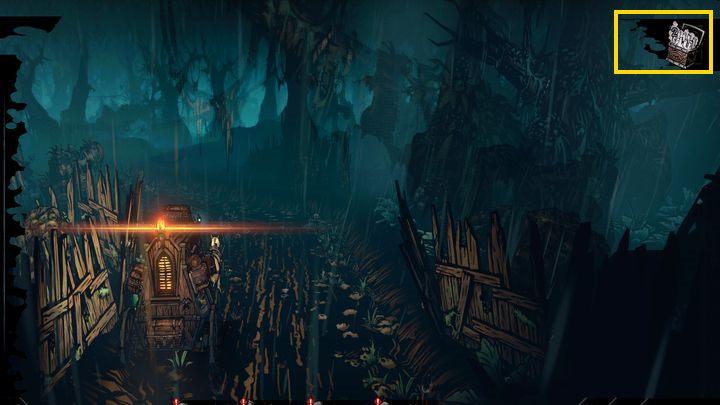 Planning a route is not easy. At the beginning of the game, you should always reveal a few tiles, finding out what awaits you there. Sometimes the choice of the route will be influenced by a Contract assigned to a given location (completely randomly). In addition, wanting to visit or avoid individual points (e.g. fights when you are weakened) can affect your route planning. To discover more markers along the route:

To find out what the different icons on the map mean, see the Map Encounters - List page. 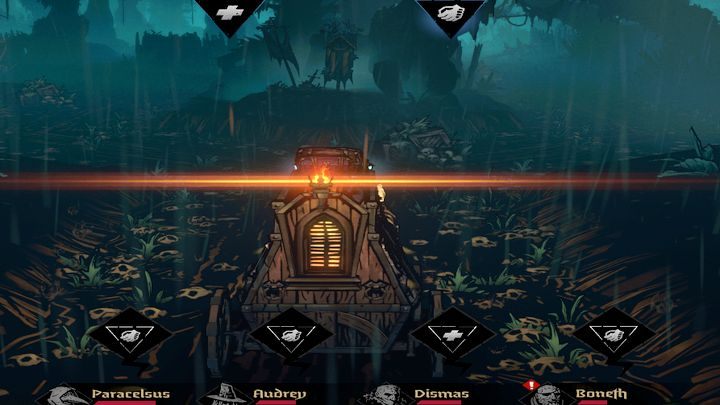 Sometimes the heroes have their own preferences when it comes to choosing the route. You don't have to take their suggestions into account, unless you don't have an exploration plan yourself. These suggestions appear at crossroads - but not all teammates give them. If they do, abiding by them will reduce their Stress by 1 , and choosing a different path will increase their Stress by 1 . 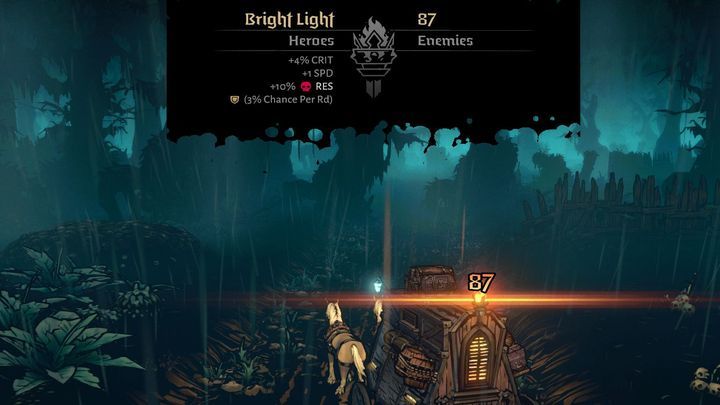 The flame visible on the stagecoach determines the level of danger. You don't want it to go out - you will then be attacked by the cultists. If you win the fight, you will gain some Flame. By hovering the cursor over the flame you will see its current level and the bonuses for heroes or enemies. While exploring, you move the stagecoach forward and turn sideways (WASD / arrows); you cannot go backwards . By double-clicking forward, the vehicle will automatically drive to the next point. Light levels : 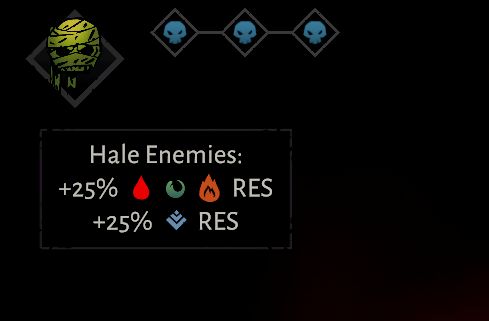 The combat advantage that enemies can gain when the flame is dimmer will shuffle the heroes' positions compared to where you placed them - this is very unwelcome. In addition, it can give random effects to the entire enemy team, - you'll see it on an icon visible in the upper left corner (after hovering over it, you will see the details of bonuses for the enemy).

When the Flame goes out, you will likely stumble upon some Cultists very soon, who will attack you (with considerable bonuses caused by the darkness). When you defeat them, you'll receive 40 to Flame and rewards for the fight.