On this page of the guide, you can learn more and view the list of all Follower Forms which are special skins for followers which modify their appearance. We also help with getting the more difficult forms. 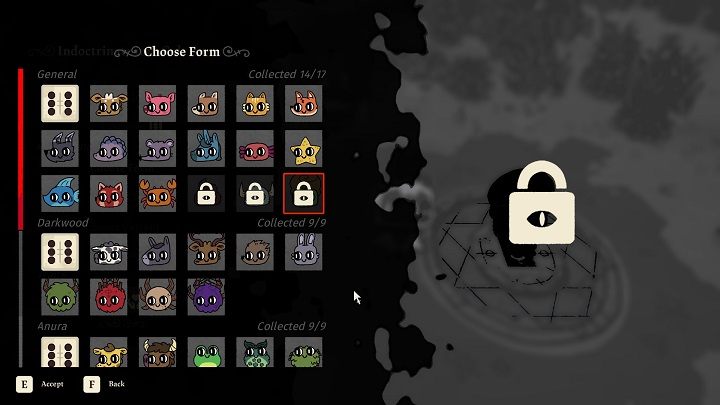 Below is a list of all Follower Forms that are not obtained based on region. Acquiring some of them will require you to complete short tasks. 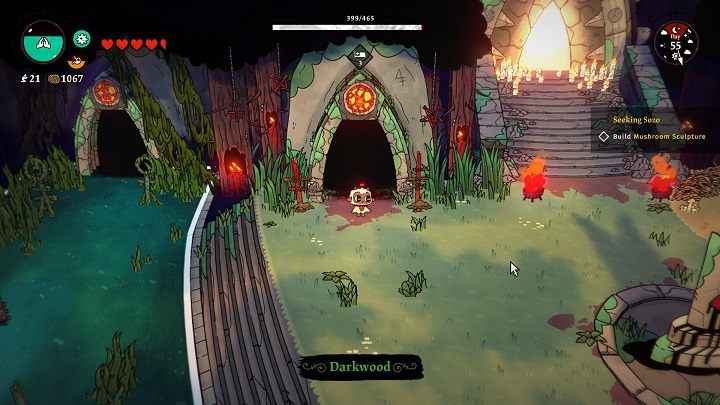 The following Follower Forms can only be found in the Darkwood region . If you miss any of them or just want to get them faster, you can buy the blueprints for them in Pillgrim's Passage. 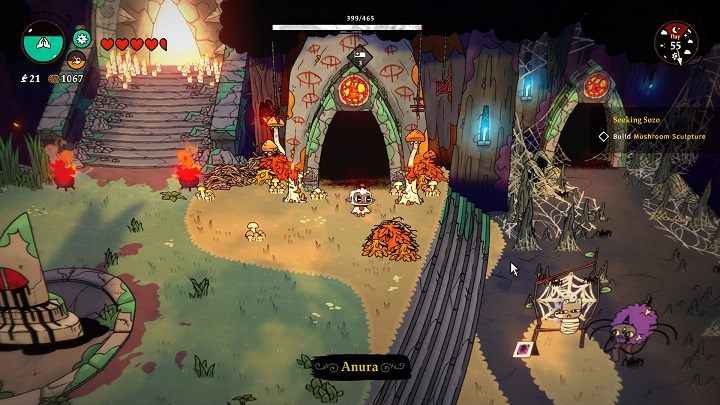 There are 9 Follower Forms to unlock in Anura . You can also buy the blueprints in Spore Grotto. 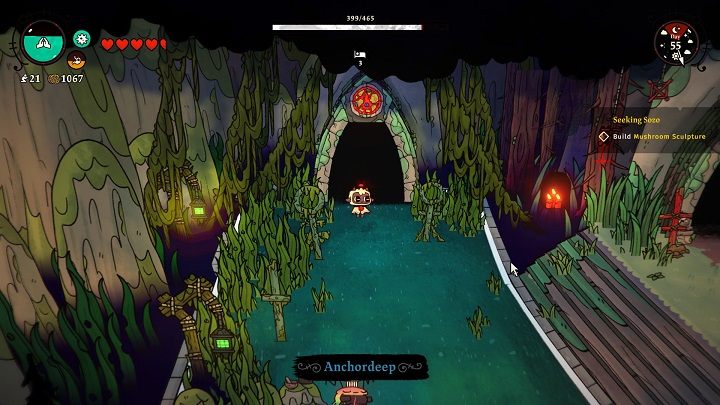 There are 9 different Follower Forms to find in Anchordeep - if you've missed the opportunity to get them, you can buy blueprints in the shop in Smuggler's Sanctuary. 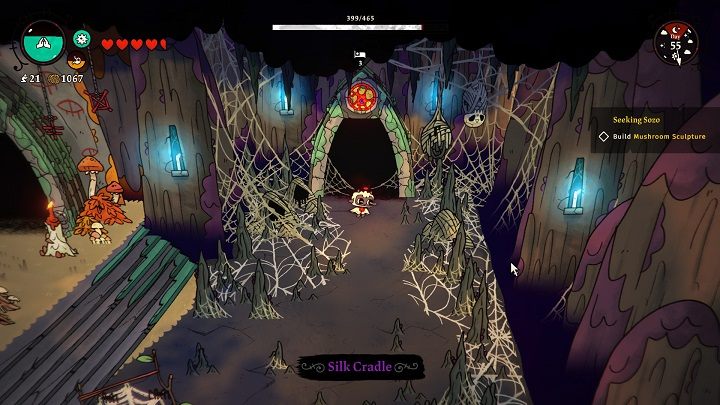 Below is a list of Follower Forms exclusive to the Silk Cradle region . If you've missed the first opportunity to get them, you can buy blueprints in the store in MIdas's Cave.

How to get Wolf Follower Form? 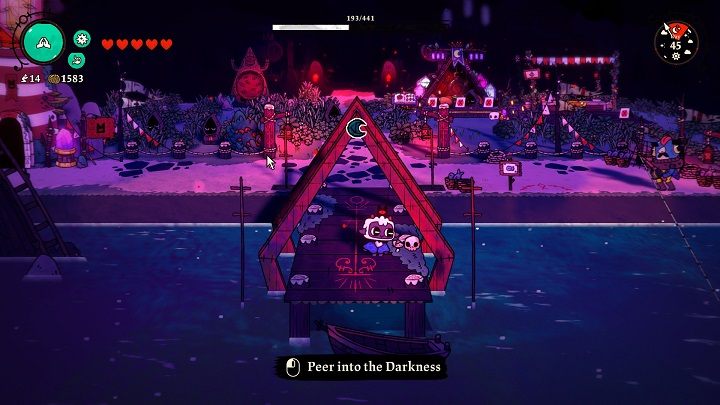 Obtaining Wolf Follower Form involves completing a quest received from a fox. Go to the bridge in Pillgrim's Passage at night to talk to him - they will ask you for a big fish. Any fish will do, except for Minnow. 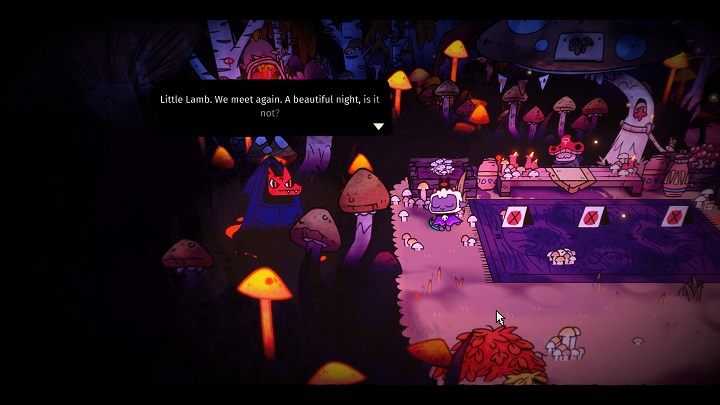 The next step involves visiting Spore Grotto (also at night) to talk to the fox again. You can find him on the left side of the shop. This time he will ask you to sacrifice one of your followers. Select the unfortunate one from the list to complete this part of the quest. 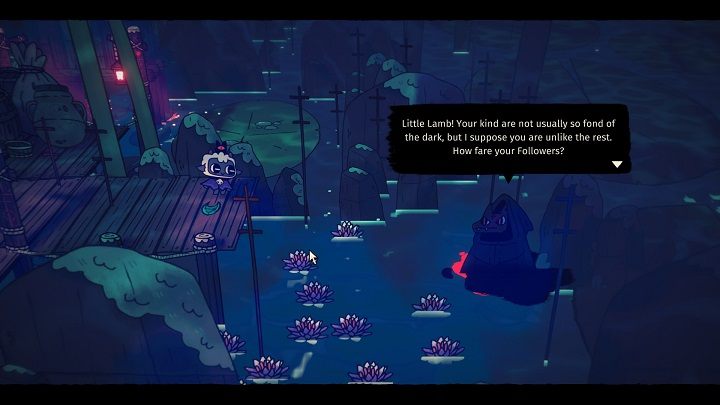 The next step is a night visit to Smuggler's Sanctuary. The fox will appear on the right side of the area, near the water . This time you have to either sacrifice 2 followers or lose half of your Heart. After making your choice, you can continue the task. 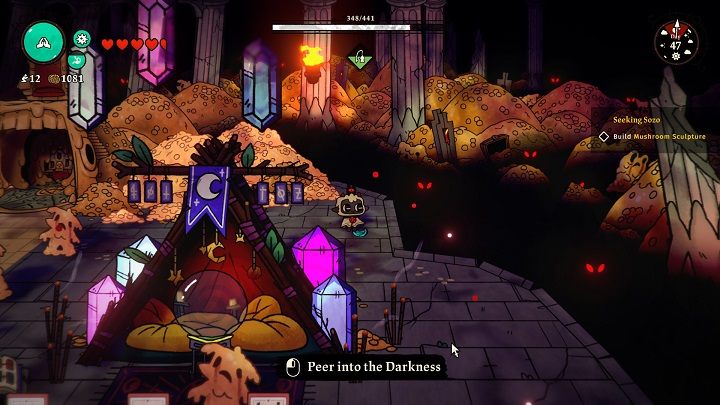 The last stop is Midas's Cave. The fox is located in the upper right corner of the map. You must sacrifice Ratau to complete the task . When you do this, the old man will be killed and you will receive a reward.

Ratau's sacrifice means you'll no longer be able to play Knucklebones with him. Before proceeding with this stage of the quest, make sure to win at least one game with Ratau, otherwise, you will block the possibility of receiving the Master of Chance achievement.

How to get Axolotl Follower Form? 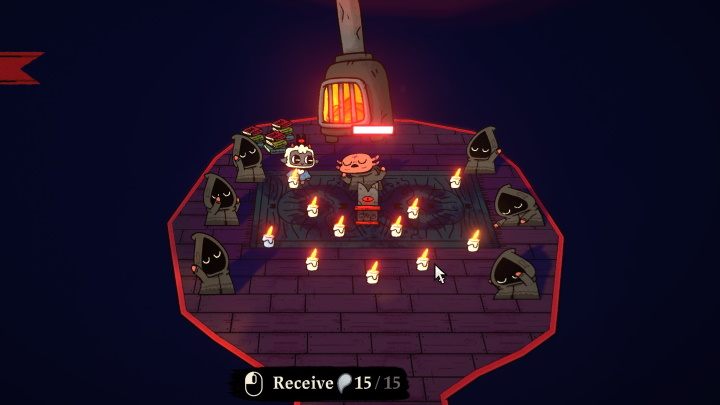 In order to get a blueprint for an Axolotl form, you must complete a quest in Pilgrim's Passage. Go to the lighthouse where you will be asked to bring:

Deliver the required materials to receive a reward.

Where to find Starfish Follower Form? 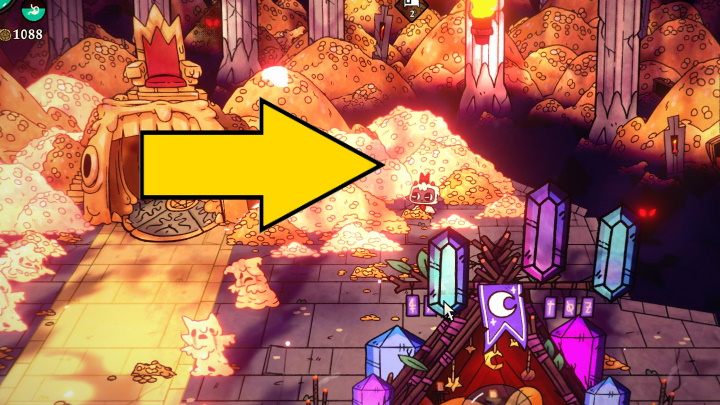 The blueprint for Starfish Follower Form can be found in Midas's Cave. The blueprint is in a pile of gold, to the right of the throne .

Where to find Rat Follower Form? 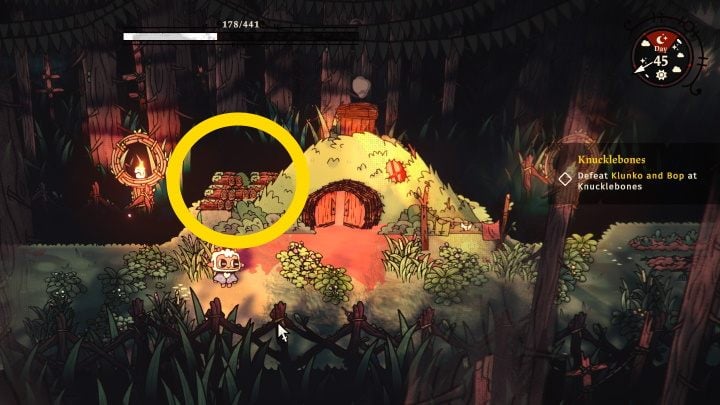 The blueprint for Rat Follower Form is in the wood pile behind the Ratau hut in the Lonely Shack area.

How to get Monster Follower Form? 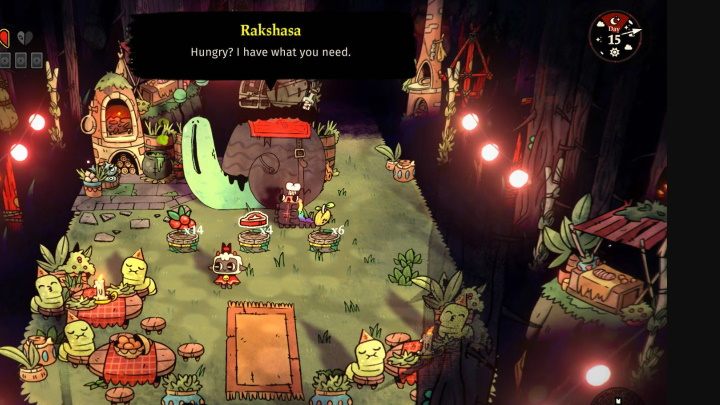 During the crusades, you can come across a character named Rakshasa. Hit the giant snail a few times and the fight will begin . After winning, you will receive a blueprint for the Massive Monster Statue.

Return to the camp and build this monument. During nighttime, pray at the new statue and you will receive the Monster Follower Form.

How to get Poop Follower Form? 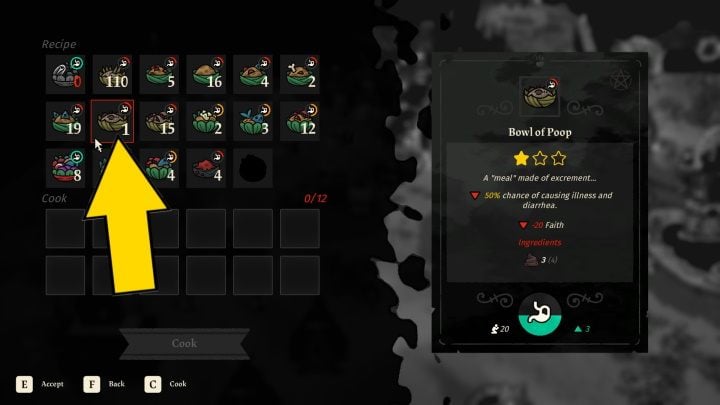 Visit the kitchen in your campsite and cook 6 Bowl of Poop . Once the dishes are ready, the reward is yours.

Where to get Snail Follower Form?

To get Snail Follower Form, you need to complete a certain task. First, go to the Anura region and hit random snails to obtain Shells. You need a total of 5 of these.The next objective is to activate 5 snail statues . 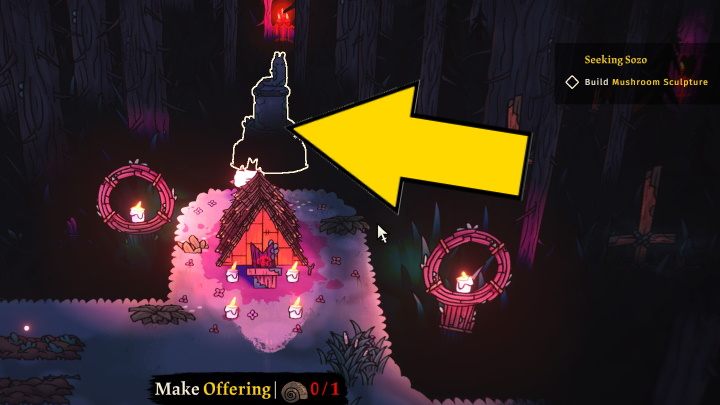 1 of them can be found behind the cabin in Lonely Shack area . 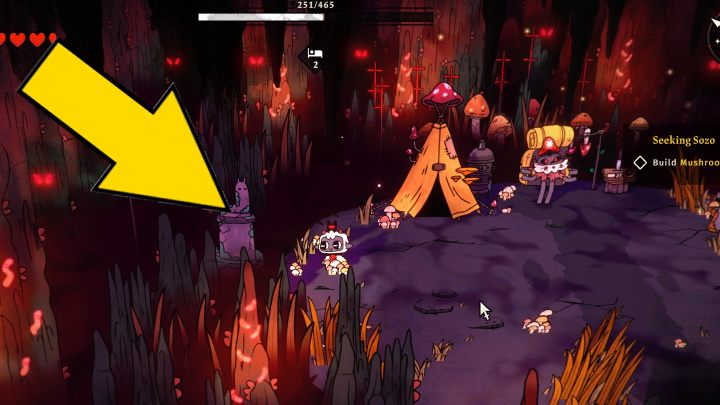 2 are in Spore Grotto, on the left side of the second room . 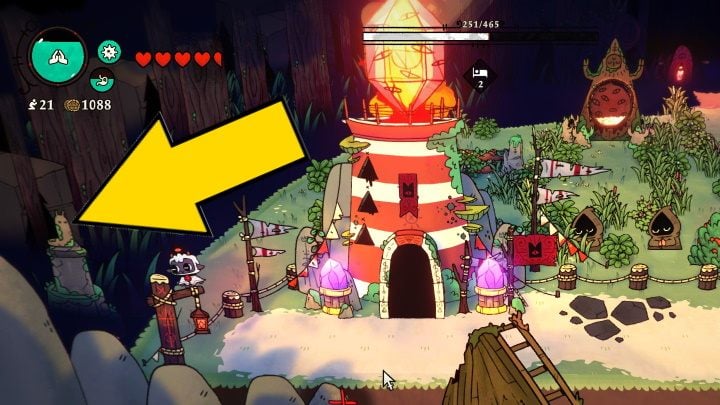 The 3rd statue is in Pillgrim's Passage, to the left of the lighthouse . 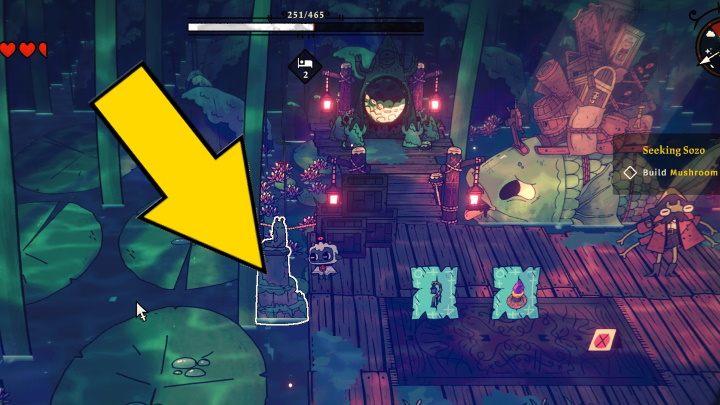 The fourth statue is in Smuggler's Sanctuary, on the left side of the shop . 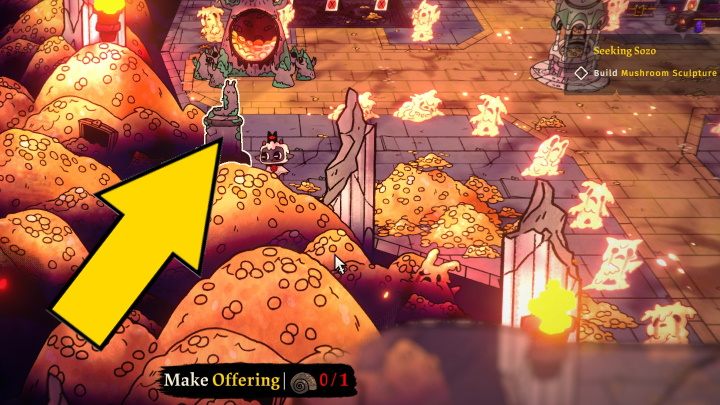 The 5th statue is in Midas's Cave, to the left from the area entrance .