Proceeding to the bridge 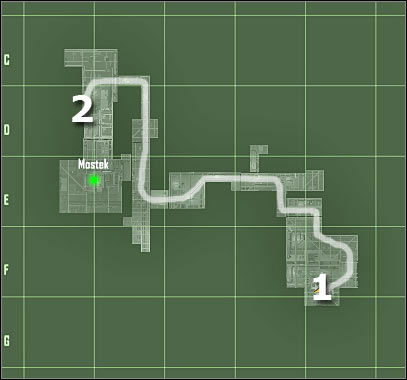 2 - staircase (leading to the upper level)

As you've probably noticed by now, you will have to go back the same way you came before. You shouldn't have any problems doing that. Ignore the door leading to the command centre. Instead, you will have to go to the ship's bridge. As a result, start moving forward, because you'll eventually have to reach an upper deck. 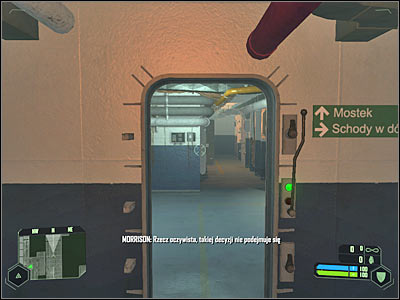 You should be able to reach the stairs (2 on the map). Head on to the upper deck of the ship. Once this is done, proceed to a new staircase. Eventually you will have to reach the highest floor, because that's where you'll find the bridge. 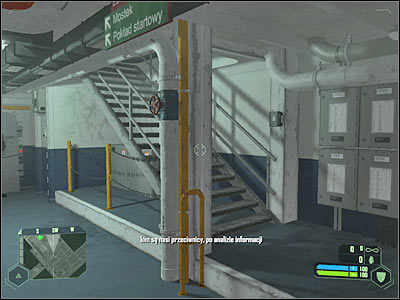 Head on to the left room. Like I've already said, it's going to be the ship's bridge. You won't have to do anything out of the ordinary here. Instead, you will be rewarded with a very interesting cut-scene. The island is going to be nuked. Obviously this won't resolve the problem and from now on you will have to deal with alien creatures which will appear near the aircraft carrier. 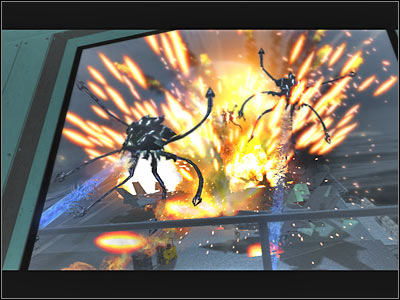