Welcome to a complete guide to "Crysis" PC video game. This guide consists mostly of a very detailed walkthrough of all eleven missions of the singleplayer campaign. You should know that "Crysis" has a very non-linear structure of most of its levels. You won't be given a full freedom of choice, however you will be capable of reaching and fulfilling your main tasks using various different approach methods. There are different routes to choose and you can decide whether to engage enemy units or try to ignore them. I'd personally recommend planning each move very carefully. This is an important issue, especially if you've decided to play the game on a higher difficulty setting, because it's going to be extremely easy to die. Thankfully, you'll have your Nanosuit at your disposal. Using some of its coolest features will allow you not only to withstand tremendous amounts of pain, but also to surprise enemy soldiers with the cloaking ability. My guide offers a very thorough description of each mission task. I wasn't in a lot of hurry and neither should you. Make sure to explore each area before moving on to more dangerous zones. The second section of this guide contains a lot of useful hints. Some of them may considered to be quite obvious, but nevertheless you should consider reading them. I've also said a few things about the guns and the abilities of the Nanosuit. Make sure to familiarize yourself with the basics before proceeding on with the main campaign. 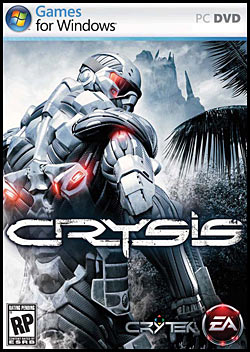 A team of US scientists makes a frightening discovery on an island in the South China Sea. All contact with the team is lost when the North Korean Government quickly seals off the area.

The US responds by dispatching an elite team of Delta Force Operators to recon the situation. As tension rises between the two nations, a massive alien ship reveals itself in the middle of the island. The ship generates an immense force sphere that freezes a vast portion of the island and drastically alters the global weather system.

Now the US and North Korea must join forces to battle the alien menace. With hope rapidly fading, you must fight epic battles through tropical jungle, frozen landscapes, and finally into the heart of the alien ship itself for the ultimate Zero G showdown.

- A unique three-act structure forces the player to use real-time armor and weapons customization to adapt constantly to an ever-changing world.
- Encounter a frightening and totally original alien species?they use their senses intelligently and work together to present the most challenging enemy yet in an FPS.
- Control of a variety of land, sea, and air vehicles including trucks, tanks, boats, and helicopters.
- Explore a living, dynamic world where earthquakes, breaking ice, landslides, and tornados pose an ever-present threat.
- 32-player multiplayer with real-time armor and weapons customization, plus an all-new multiplayer mode that combines player modification and tactical objectives.
- Emergent gameplay means that in-game actions affect future outcomes and give each player a unique experience.
- Highly robust and easy-to-use mod toolset allows players to create their own expansive levels for both multiplayer and single-player modes.
- The CryENGINE 2 engine delivers the most realistic environments, spectacular special effects, physics game engine, lighting system, and enemy Al.

Crysis Game Guide is also available in our Mobile App