As for the final part of this assignment, you will be allowed to choose between several different approach methods. Don't worry about allied soldiers, because you won't have to protect them or assist them in any way. If you plan on using a sniper rifle, activate maximum strength and perform several jumps in order to reach an upper ledge (screen). 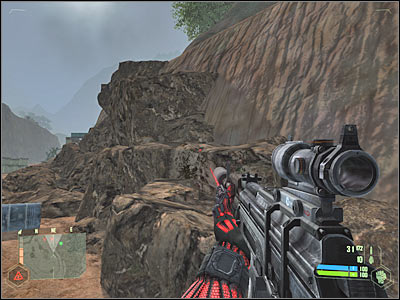 Performing a frontal assault isn't dangerous, however you should consider hiding somewhere to your right, near one of the machine gun nests. Kill one of the gunners while you're there. After that, start leaning out carefully. You should be able to surprise some of the enemy soldiers by attacking them from the left flank. 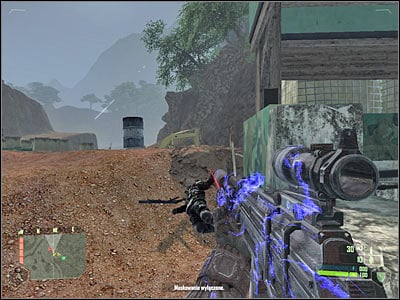 It would be a good idea to get closer to two heavy machine gun gests. Those objects are guarding the entrance to the mine complex (screen). Obviously you would have to kill the gunners in order to prevent them from fighting back. 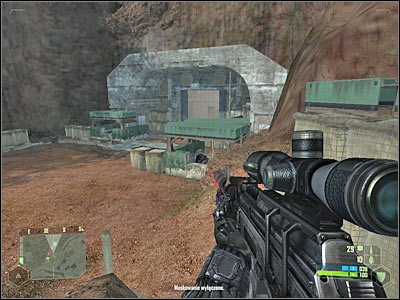 Neutralizing heavy machine gun posts would allow you to use one of these weapons to attack (and surprise) enemy forces. If you don't want to risk your life, stay near the previous heavy machine gun nest. Lean out a lot in order to get rid of enemy units. 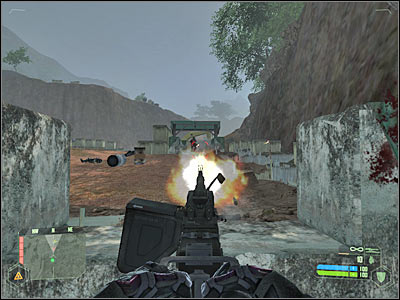 Your final task here will be to neutralize a Nanosuit soldier. I guess you won't be surprised by the fact that he's using a minigun. Use your cloaking abilities to get closer to him. After that, choose a shotgun or a minigun and kill him. It shouldn't be too difficult. Eventually you should try to secure this entire area, however you must avoid getting too close to mine fields. 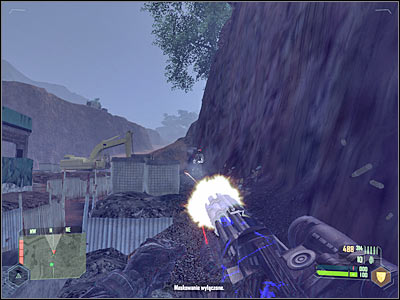 You will probably notice that a plane has landed near the entrance to the mine. I'd strongly recommend going there in order to pick up necessary supplies. You should consider exchanging your current rifle for a SCAR, because it's going to be very easy to acquire ammunition for the new weapon. It's not a necessary thing to do, because you'll lose all of your weapons very soon. Go back to the main entrance. There's a small armory to your right (screen). Make sure you've got everything your need and enter the mine. You should receive a new task here. 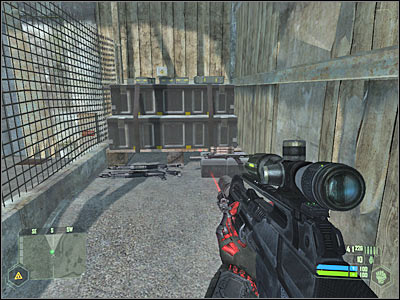