Reaching the entrance to the mining complex 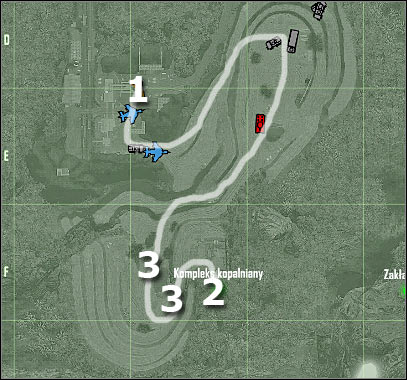 3 - enemy tanks (they don't have to be stationed exactly there)

You will have to go back to the quarry area. You could travel there on foot, however it would be better to find a humvee. Be careful, though. You will encounter an enemy vehicle once you've entered the quarry. Use your turret in order to get rid of this threat. You may also witness a huge battle between weird looking monsters and Korean forces.

I would recommend going to the north in order to get ready for a main assault on the entrance to the mining complex. Try eliminating all enemy soldiers from here. Most of them will be sitting inside vehicles, so it shouldn't be a problem, because they won't fight back. Proceed to the lower level of the quarry. 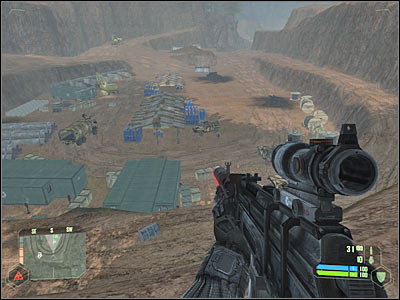 There are a few trailers in this area, as well larger crates. Make sure to check your surroundings, because you'll find a rocket launcher. Pick it up and start moving south. You will find other rocket launchers along the way. Remember where they are, because you'll have to go back for one of these weapons once you've destroyed the first tank. 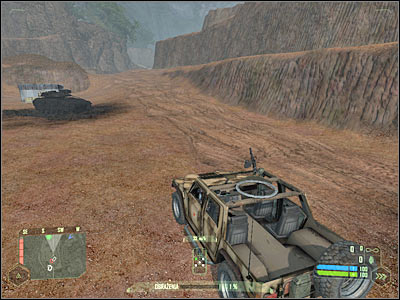 Like I've already mentioned, enemy tanks won't remain in one place, so you will have to be extremely careful while trying to find them. Exit your humvee and turn on your cloaking device. Find and destroy the first tank (screen). Once this is done, go back to one of the crates and pick up a new rocket launcher. Drop the old one if you didn't use all missiles. 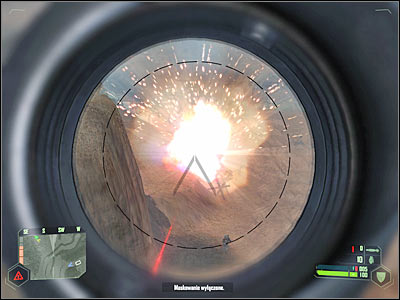 The second tank should be somewhere near the first one. It's probably guarding the road which leads to a nearby hill. Just as before, you should consider using camouflage in order to approach it safely. Use all available missiles to destroy the second tank. Thankfully, you won't have to go back for a new rocket launcher. You'll find several of these weapons right here (screen). 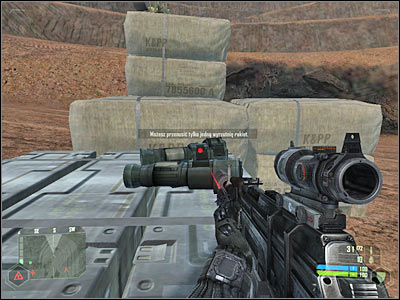