You must be extremely careful here, because an enemy gunship will appear in this area. Don't let it fire (successfully) any missiles at you. Destroy the gunship with your main cannon (screen). It shouldn't be a problem, especially since it'll hover near your position. 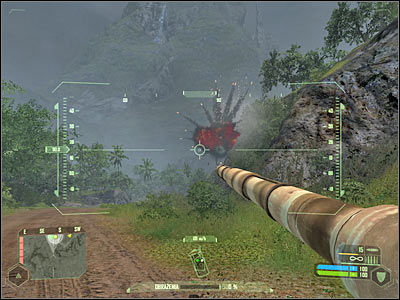 Once again, you must carefully plan your approach. Head on to the south. There's a new barricade in front of you. Fire a few rounds at it in order to take out some of the visible enemy soldiers. Turn the turret to your right and destroy a second AA unit. Once this is done, go back to where you've disabled the first anti-aircraft gun. You will have to retreat quickly, so you won't be attacked by RPG soldiers. 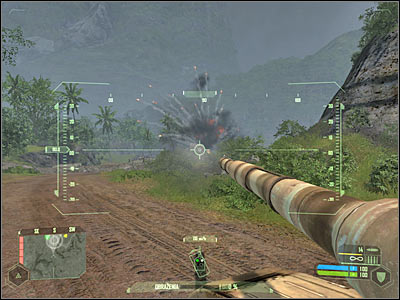 You will have to disable one more gun in order to fulfill this mission objective. As a result, start moving south-west. The next group will appear on top of a nearby hill. Try killing them from here. Don't exit the tank, because there are snipers amongst enemy troops. They won't be able to harm you as long as you're inside the tank. Aim at the sniper towers in order to kill them. 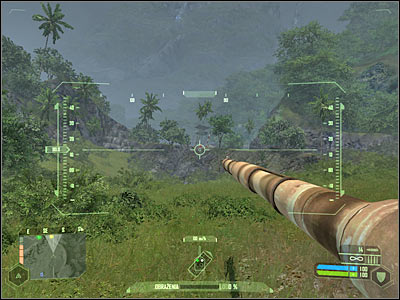 Once you're ready, proceed towards the main hill. You should end up on the train tracks. Keep moving straight. You will only encounter a few soldiers here and killing them is going to be very simple. Be careful, though. Some of them may actually surprise you. There's also an enemy humvee here, however disabling it is going to be very simple. You won't have to worry about receiving too much damage here, because these are the closing stages of the mission. 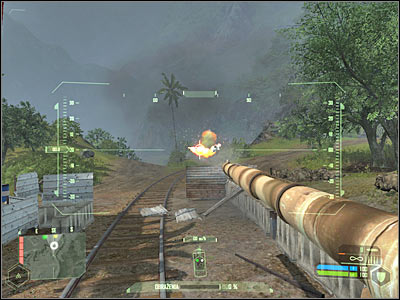 There are a few other sniper towers in this area. One of them has been shown on the screen. Remember to destroy them right now, because you won't be able to defend yourself once you've left the tank. Keep heading towards the third anti-aircraft unit. 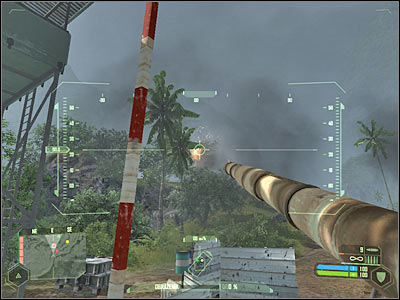 Once again, I urge you to make sure that the area has been properly secured. Exit the tank and approach the third AA gun. Just as before, you will have to place a C4 charge on the anti-aircraft unit. Move back and detonate the charge. Wait here and you'll receive a new task. 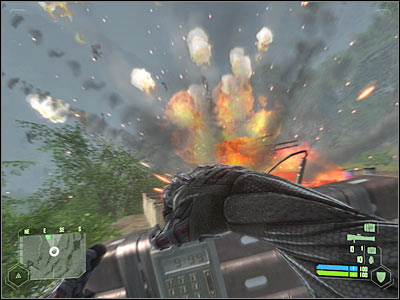