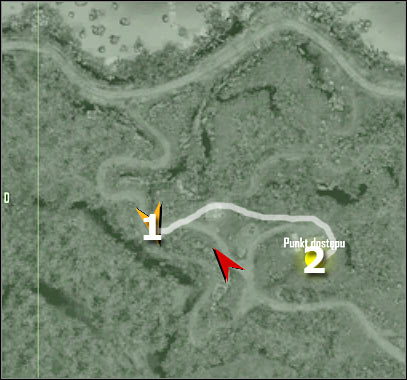 You can choose between two different approach methods here. The faster way would be to proceed with a full scale assault, however I would recommend to take on enemy soldiers by surprise. Start off by activating your cloaking device. Proceed to the upper section of the hill. You will have to secure this road. I had to eliminate a single soldier here. Make sure that you're using a silenced weapon and that you're aiming at heads of enemy units. 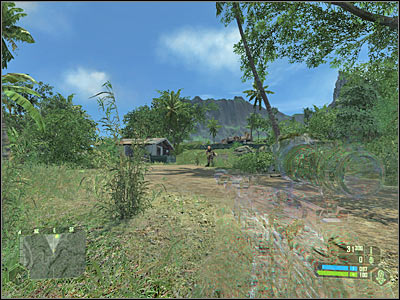 There's a small hut to your left. You should consider running over to it, because it'll pose as a great cover. Wait for your Nanosuit to regenerate itself and proceed towards the top of the hill. Obviously you shouldn't choose the main road. Instead, head on to the bushes (screen). Be careful, though. This area will probably be guarded by at least one enemy soldier. You will have to kill him without making too much noise. 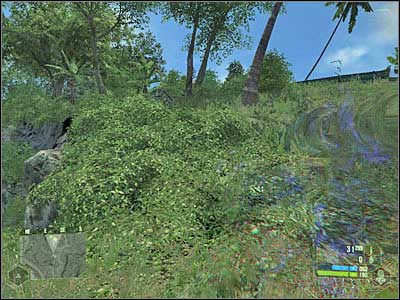 Eventually you'll end up near a small camp (screen). Just as before, you will have to decide on how to proceed with the current objective. If you attack enemy soldier right away, you should use nearby objects for cover and prevent them from attacking you from different sides. I would recommend that you plan next actions more thoroughly. Find a large rock and use it for cover. Wait for the power bar to regain all of its capabilities. 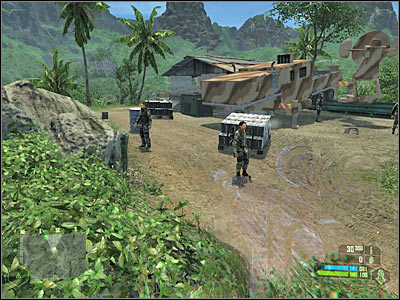 Now you should move on to your left. Head on to a small road which leads directly to the building. Obviously you will have to be using camouflage all the time. One of the enemy soldiers will be guarding the building (screen). Kill him and take cover inside. Now you should use your cloaking device to get rid of some of the nearby enemy units. Try and kill them one at a time. 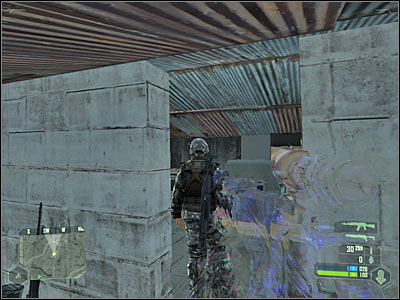 You will probably have to kill the last two soldiers separately. They will be guarding the entrance leading to this camp. Thankfully, you won't have to worry about raising any alarms. Use a shotgun and aim for their legs. Once they're gone, go back to the hut. 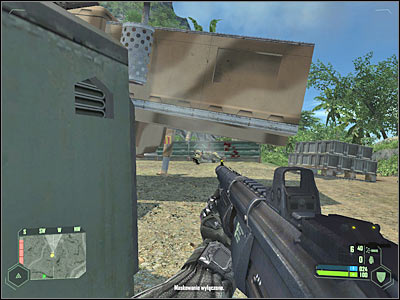 You may fulfill this mission objective right away if you want to. There's a computer inside this hut (screen). Use it and you'll find out that the hostage is being held in a local school building. Don't leave this area just yet. You'll find plenty of ammunition here. Additionally, make sure that you've taken a rocket launcher, because you're going to need this weapon later on during this mission. You can also pick up some grenades. 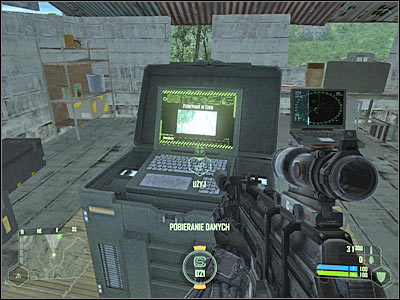