The Adventure Mode in Crash Team Racing Nitro Fueled is constructed just like N Sane Trilogy. This mode has five worlds and there are routes available in each of them: 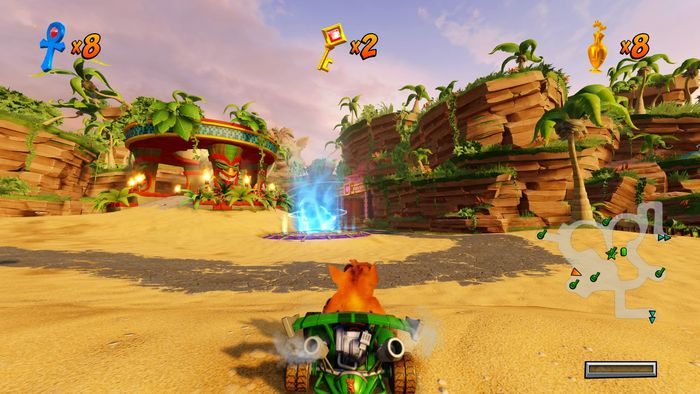 After finishing them, the race against the boss - Ripper Roo, will be unlocked.

Once the boss is finished, additional modes will be unlocked for the main tracks, such as CTR Challenge and Relic Race. The CTR Challenge is about finding the letters C, T and R on the track and winning the race on the 1st place. Relic Race is a race against time when we move through time boxes and stop time.

In addition, the Arena is unlocked, one per zone is available. In the case of N Sanity Beach , it's Skull Rock. 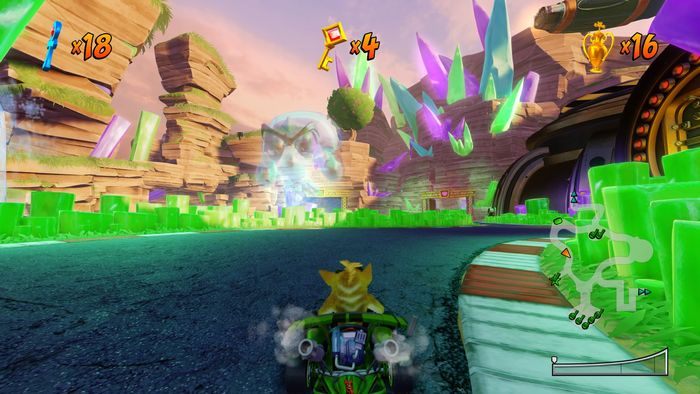 This area is inaccessible to you at the beginning of the game. You can take part in special competitions here after completing five CTR challenges in a given color (green, red, blue, yellow and purple). There are five competitions and they are much more demanding than the standard competition, because you will have to race against bosses among others. In addition, you can unlock two additional tracks:

There is also the final boss of the game, which will be available after collecting all four keys. Each boss has one, Ripper Roo, Papu Papu, Komodo Joe and Pinstripe Potoroo. 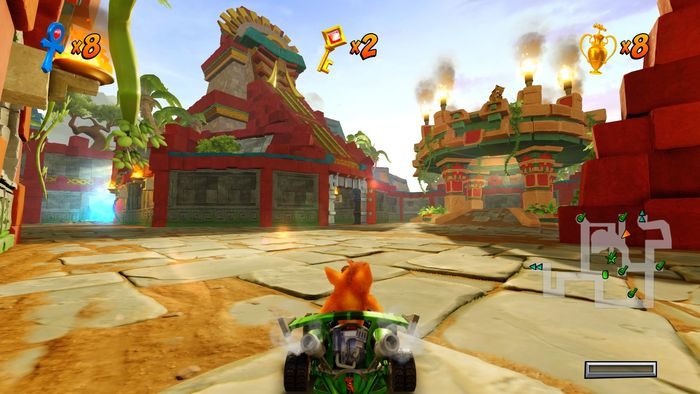 After finishing them, the race against the boss - Papu Papu, will be unlocked.

After winning against the boss, the CTR challenge and Relic Race modes for the routes available in this zone and the arena will be unlocked. 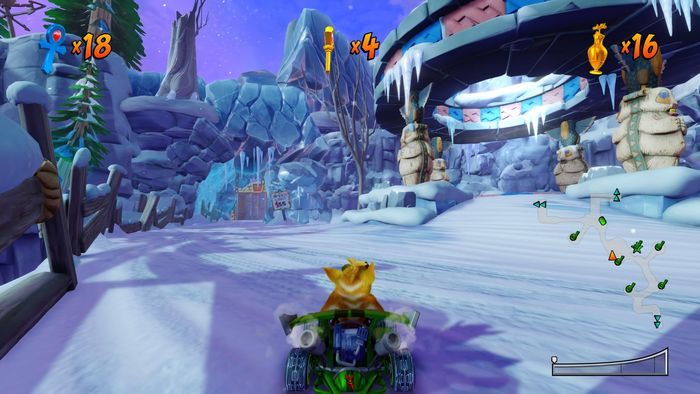 After you complete the above a race with a boss will get unlocked - Komodo Joe.

After winning against the boss, the CTR challenge and Relic Race modes for the tracks available in this zone and the arena - Rocky Road - will be unlocked. 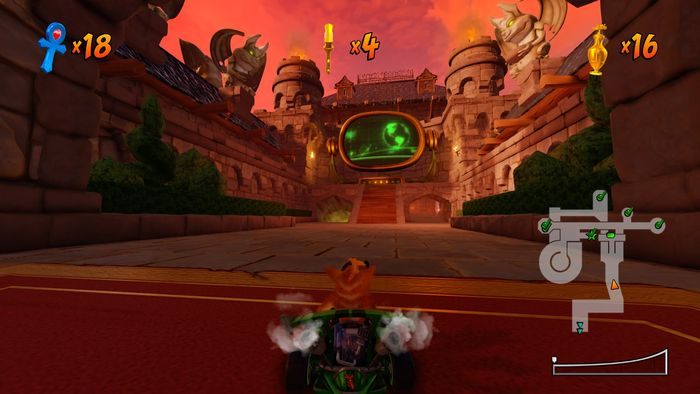 After you complete the above a race with a boss will get unlocked - Pinstripe Potoroo.

After winning against the boss, the CTR challenge and Relic Race modes for the tracks available in this zone and the Nitro Court arena will be unlocked. After defeating Pinstripe you will immediately face the game lead antagonist called Oxide, and when you win the race with him you can finish the game 100% by collecting all CTR Tokens, Relics and Gems. Then Oxide will throw you the Final Challenge and it is much harder to win than the first battle with him.