Crash Team Racing Nitro Fueled is a remake of a great game from 1998. This is a racing game in which you race with go-karts controlled by the title Crash Team heroes. The Crash Team Racing Nitro Fueled was built from scratch just like N Sane Trilogy. This title is not only a pure remake, as you will find several new features such as multiplayer mode, go-kart personalization or the choice of Nitro Fueled or Classic game mode. In addition, you can change the skin of each character, personalize the go-kart, change its color and apply stickers. Refreshed routes are very pleasing to the eye, we can meet characters from the Crash Team universe, animals and famous opponents from the series, and all this in a new, beautiful and colorful graphics.

This free update, released on July 4th, 2019, has added the following elements: 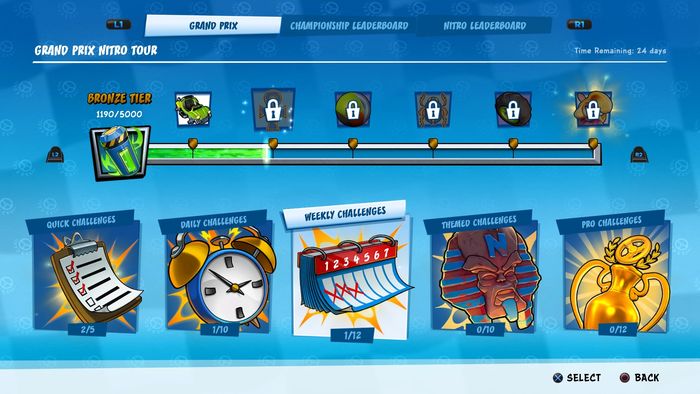 In our guide to Crash Team Racing Nitro Fueled you will find: 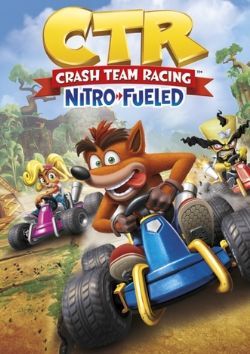 Remake of the cult CTR: Crash Team Racing, developed by Beenox studio. Nitro-Fueled stands out from the original Crash Team Racing thanks to its thoroughly refreshed graphics, as well as new karts and previously unseen tracks.

Nitro-Fueled is the subtitle of a remake of the cult CTR: Crash Team Racing. Beenox team developed this title, while Activision Blizzard has taken care of the release.

In the Crash Team Racing Nitro-Fueled, the title character and his biggest rival, Dr. Neo Cortex, take on the challenge thrown by the best racing driver in the universe, Nitrous Oxide. The latter one threatened that if none of the earthly competitors manages to beat him on the track, he would turn the planet into a huge car park and make its inhabitants subordinates.

In Crash Team Racing Nitro-Fueled, we take part in crazy races on a variety of tracks. The authors provide us with a wide range of characters and vehicles. Although the knowledge of the tracks is very useful, success is mainly ensured by mastering the arcade model of driving and skillful use of various power-ups. The list of the latter includes self-guiding rockets, explosive bombs, a shield or acid bottles.

Compared to the original, the title has additional go-karts and previously unseen routes.

In the Crash Team Racing Nitro-Fueled a wide range of gameplay variants await the drivers. Players can try their hand at Adventure mode, put their skills to the test in Time Trial and Arcade modes, and compete with other players in VS and Battle modes. Contrary to the original, the production allows for multiplayer fun not only on a split screen, but also via the Internet connection.

Call of Duty or Entertainment  When Playing Video Games Becomes a Full-Time Job?

Let it go - when you feel that your unlimited hours of pure grind, daily activities, daily challenges and in-game tasks connected with time-limited content have turned into a full-time job with a miserable salary.