First head north, running around the quarry. You should reach the observatory which used to be Gryzunova base. From there you'll get to Romanova whereabouts. Remember Agent, that without agility at level three, there's no way you could make it to the cave this way. 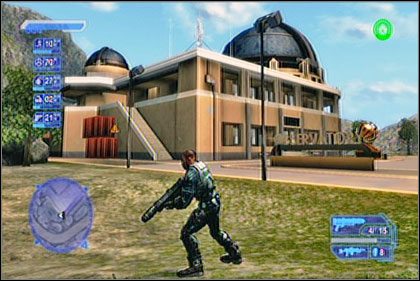 Jumping from one rock to another, get to the top. Then turn left and run along the quarry face. Soon you'll perceive a highway - it is near the cave where Romanova is (check on your radar). Now is the hardest part. You need to slowly slide down the hillside toward the highway. After a little while, you'll see a blue orb on the edge of a rock. This is the spot from where you should jump down. Soon you will be in front of back entrance to the cave.

According to readings of our devices, there's a lot of explosives inside the cave. You can use them to take down Romanova bodyguards and weaken herself. Be careful though and don't get into the field of fire. 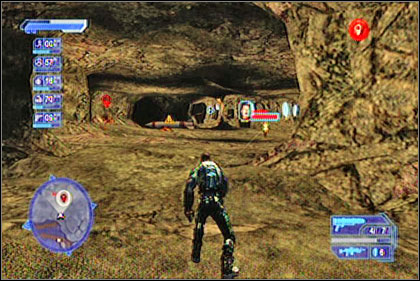 After killing Olga Romanova, leave the cage using the same entrance you came. This way you'll avoid struggling through the quarry. Jump down, get to the highway and return to the centre of the city. Prepare, because you're going to face the main leader of the Volk.