Before you get into the kitchen, you should take notice of several parameters. What would those be?

The options menu is divided into 3 parts: General, Video and Audio. 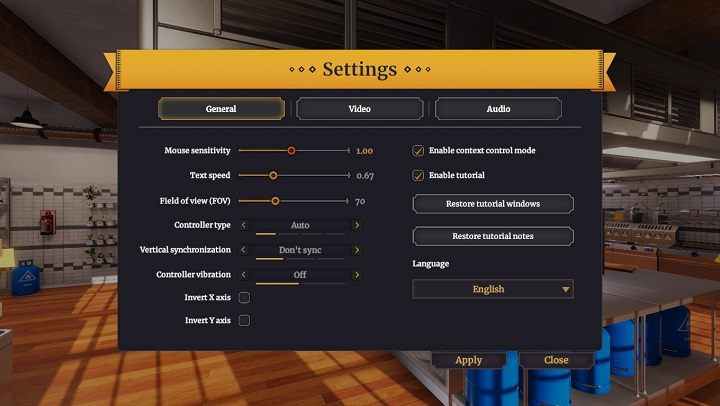 If you have problems with the image (for example - animation being jittery, with horizontal bars) - ENABLE the vertical sync;

If you don't experience any problems with how animation is displayed, by the game has the potential to run at a higher framerate, DISABLE it.

The latest patch for the game also introduced 2 new features: 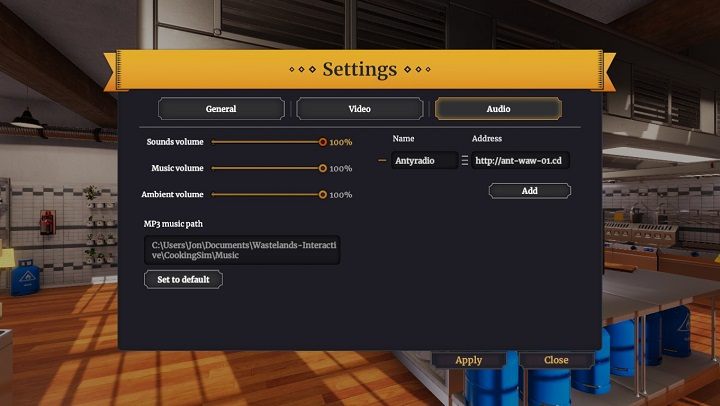 In addition to the ability to silence music (you can't turn of the menu music alone), there are 2 other interesting things, both related to music - and as the note next to the radio suggests, music will help your sanity, so you should take interest in this.

How to add your own songs in Cooking Simulator? Look at bottom left - the MP3 path is the location of the folder where you can import .mp3 files with our favorite music, which will then be played in the game.

On the right - Internet Radio - with the station "Creative Cafe" visible. This, in turn, allows streaming online radio broadcasts, as well as the ability to add those that we personally like.

Unfortunately, one cumbersome nuance is that the game does not want to work with M3U playlists and derivatives, which means that the activation of multiple streams can cause problems - you need the page address (IP, htm, html) of the stream instead of the playlist. We've been able to sort this out by feeding a link of a radio broadcast from the following link:

More advanced users can insert links directly to the file:

When it comes to video settings, they're largely a matter of individual preferences, so it's difficult to give any universal advice. A popular reason for whining on the game's forums, and something we ourselves noticed during tests, is that the game is keen on RAM like Google Chrome, so it's safe to assume that more RAM is more important for the game than a powerful GPU.

<br>For comparison: how the game looks on the lowest (top) and highest (bottom) settings.<br> 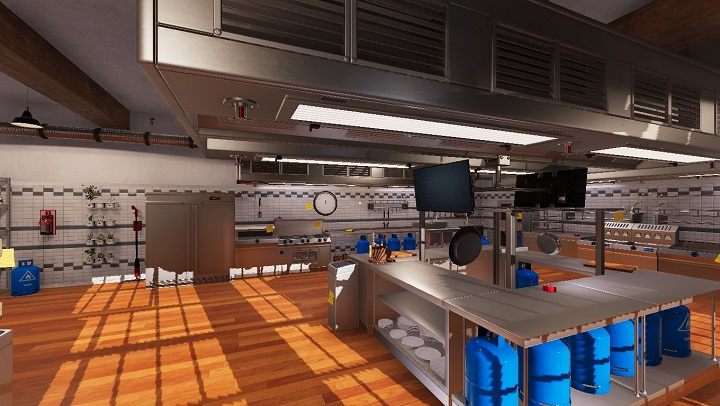 This is what Cooking Simulator looks like on low graphics settings. 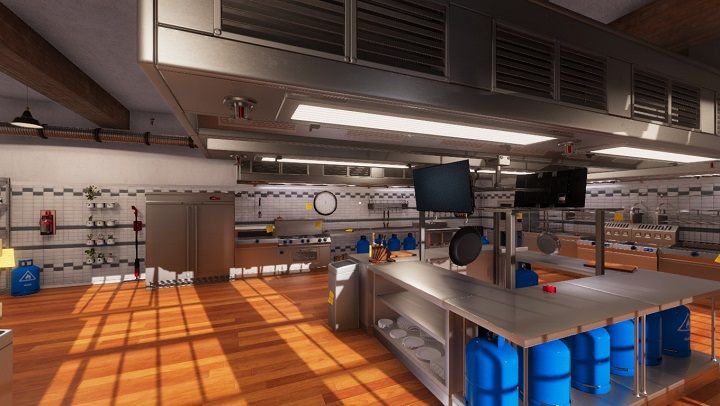 This is what Cooking Simulator looks like on high graphics settings. Note that the shades are definitely more realistic.

After sorting out the settings, it's time to start the kitchen rampage.