On this page of the guide to Control - The Foundation DLC - you can find a walkthrough for the final mission of the DLC (The Pyramid) Our walkthrough will help you in reaching the very bottom of The Nail and defeating the final boss of the DLC. 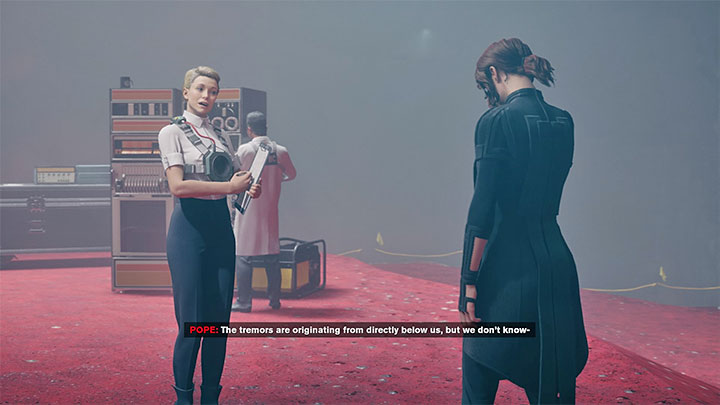 Emily Pope has arrived at Crossroads, so you don't have to leave the Foundation caves to meet her.

Reach the bottom of the Nail 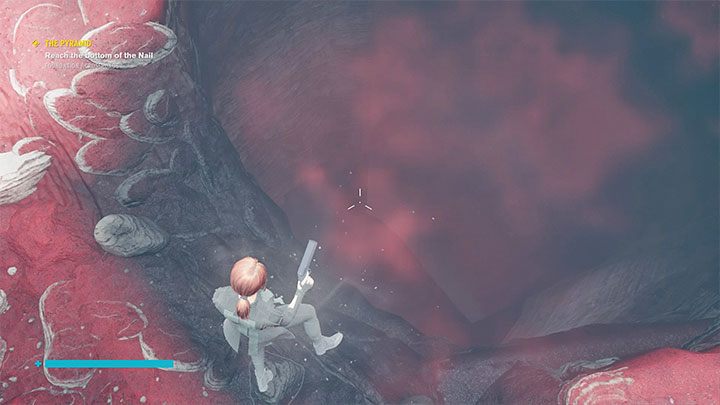 There is a hole in the ground next to the place where Jesse met with Pope. Jump into it and use Levitate, so as to avoid fall damage. 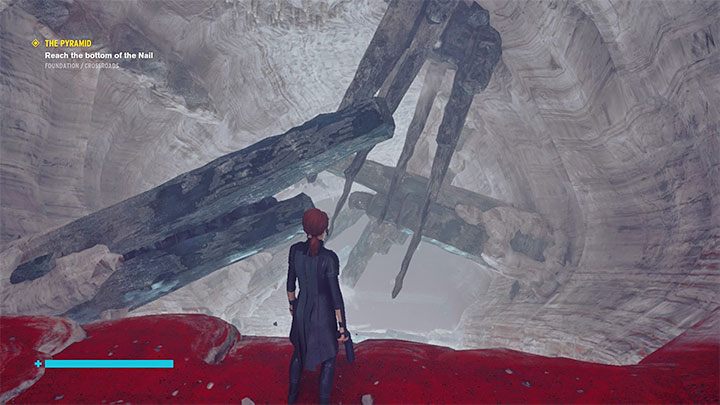 Begin the journey through the unexplored part of the caves. Along the way, you need to be careful of traps - some crystals will unexpectedly stick out from the walls, and contact with their sharp tips can hurt Jesse. Destroy stationary crystals and always wait for the right moment to get past those that appear at regular intervals. 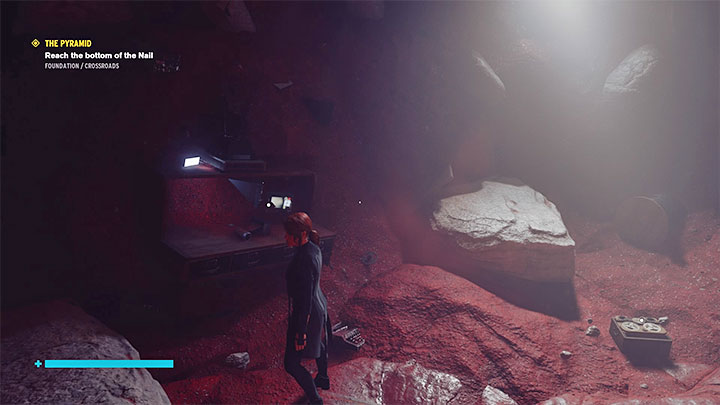 A linear path will take you to the Lower Crossroads control point. There is also a ranger summoning terminal - be sure to use it so that the ranger can help you during the final battle of the DLC. 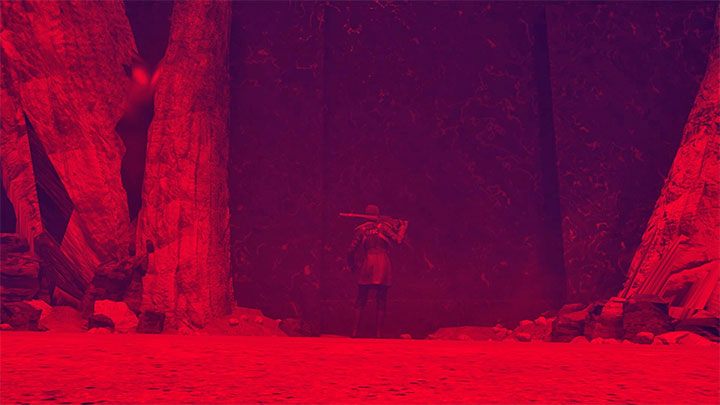 Step into the large cavern and approach the distant figure, who turns out to be Helen Marshall, possessed by the hiss, making her your new enemy. 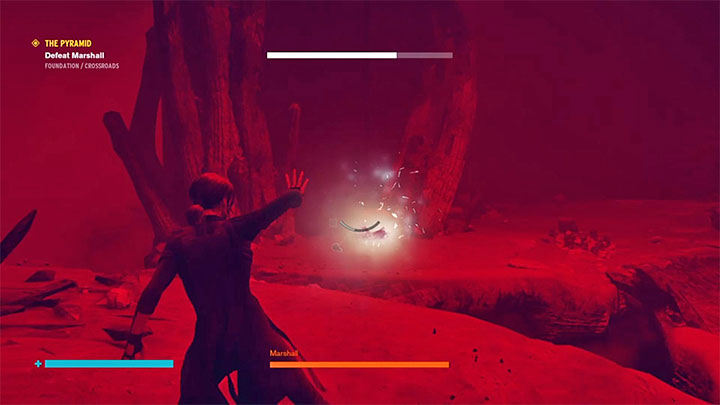 Marshall is not a very difficult boss, but the battle with her will take you a few minutes since she has a lot of health.

Attack the boss using telekinesis and weapons. In the case of telekinesis, remember that Marshall will always avoid the first object thrown at her. As a result, try to make several throws in a row. 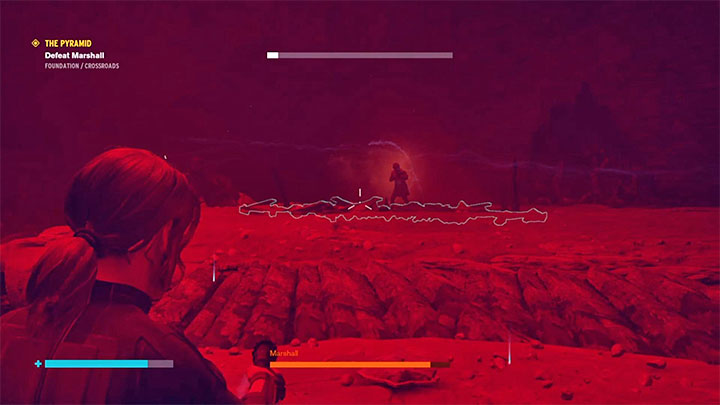 There are traps on the ground and you can look for opportunities to activate them when Marshall is nearby. Any contact with the sharp crystals will cause her considerable damage.

Do the same when Marshall sets up on the crystal bridge. Firing at it will deprive her of stable ground. 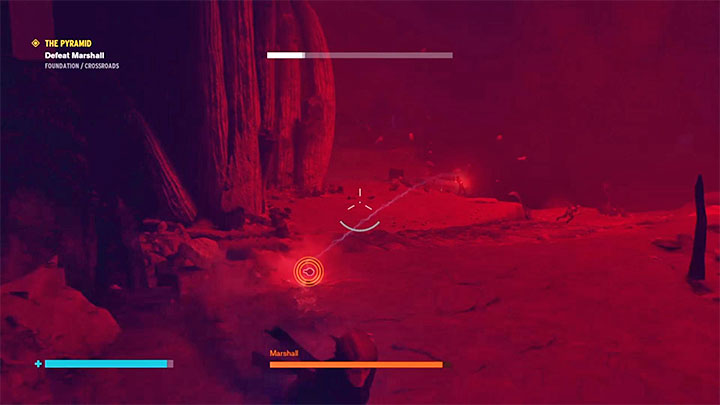 Marshall has a ranged weapon and can also throw grenades at Jesse. Depending on the situation on the battlefield, dodge grenades, or grab them with telekinesis and throw them back at the boss. 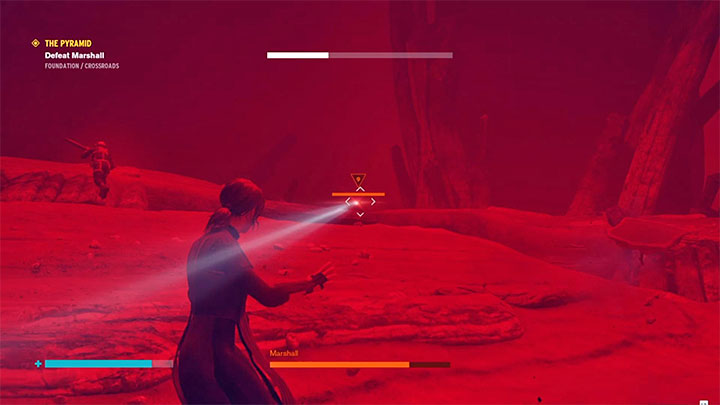 Sometime after the start of the encounter, additional hiss will appear on the scene. Prioritize the snipers, because any successful shot from them can bring Jesse to the brink of death. Try to locate them quickly (white line similar to the one in the picture above) and dispose of them. Make use of Shield if the situation is dire. 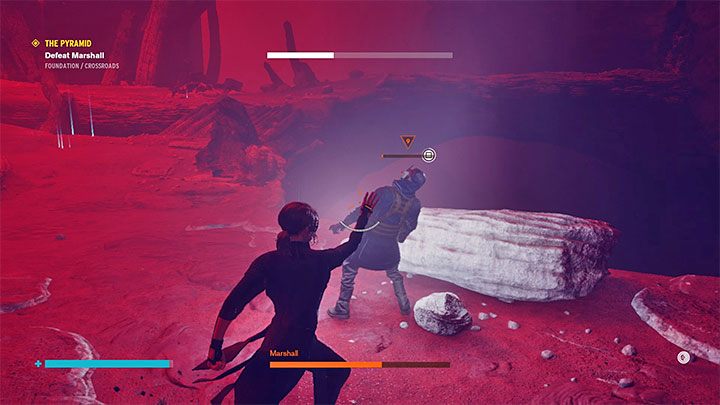 Your companion should help you with distracting Marshall and other opponents. If possible, don't waste time attacking ordinary opponents who are engaged by ranger's fire.

In addition, look for opportunities to use Seize on stronger opponents. They will help you in fighting Marshall. 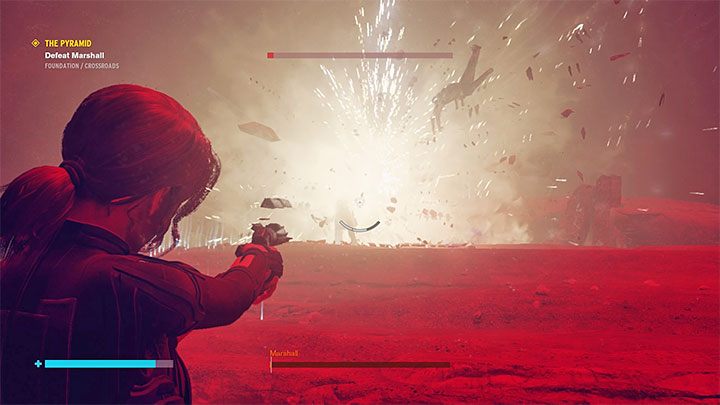 Depriving Marshall of her entire health bar will end the battle. 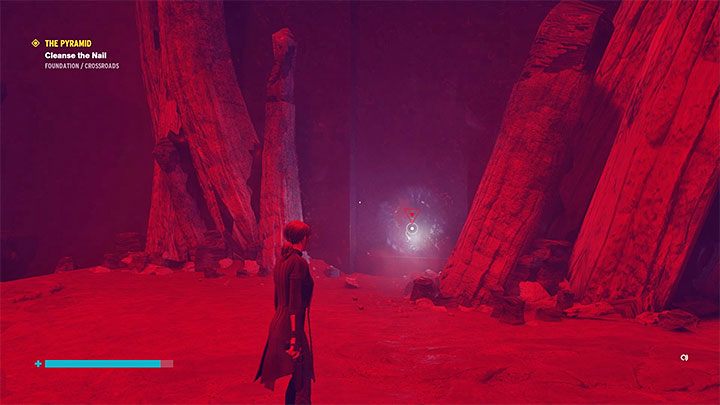 The Nail is located in the central part of the cavern. Approach and press the interact button to Cleanse it.

Return to the Crossroads 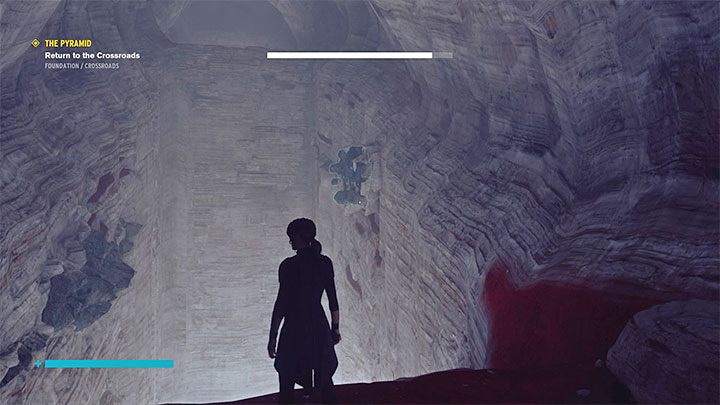 The cavern has several exits, but only one of them is a new long tunnel. During the crossing, make use of Shape to reveal the side platforms. This will allow you to reach higher shelves.

When you reach the exit of the cave, the final cut-scene will be activated. You'll get3 ability points and unlock a new collectible.

Despite finishing all story quests of The Foundation DLC, consider returning to this area. You can, among others, complete remaining side quests, collect secrets, or find hidden locations. As Jesse has both powers, she can freely explore all locations in The Foundation.