The initial chapters of our guide to Control contain a comprehensive description of most important game basics and game mechanics. You will learn more about character development, combat mechanics, and even how to use the paranormal skills of main heroine. We described the most important abilities of Jesse Faden - launch (telekinesis), shield, seize, levitation. Also, we described the heroine's weapons - Spin, Shatter, Grip, Pierce. You will learn how to use weapon and personal modifications to deal with any situation in the game.

In the following sections we have described how to develop the heroine, gain source points, or perform additional tasks, the so-called board countermeasures. These additional challenges will speed up your source acquisition and help you to strengthen your heroine faster. In our guide you will find a set of starting tips and information that may help you complete the game. The following chapters in the FAQ section answer the most frequently asked questions related to this title.

The following pages of the guide contain a detailed walkthrough of all missions available in the game. In Control you'll find 10 expanded story missions - many of these are full of puzzles and difficult fights. Fortunately, as you progress, your heroine becomes stronger and is able to control her powers. In the game you will find 10 story missions related with the main plot: Welcome to the Oldest House, Unknown Caller, Directorial Override, Take Control, Polaris, Finnish Tango, The Face of the Enemy, My brother's keeper, Threshold, Old boy's club.

Of course, we have also prepared a full list and detail description of all side missions. Additional tasks are hidden and often require finding an appropriate note or are commissioned during a conversation with a NPC. Many of the tasks are really difficult and lead to an optional fight with a tough boss. Sometimes they even force you to explore vast area of specific location in search of, for example, mold or infected enemies. Here are the side tasks in the game: What a mess: clear the clog, A captive audience, Fridge duty, Old friends, Old growth, Self-reflection, A good defense, What a mess: talk to the plants, What a mess: clear the mold, What a mess: even more mold, A merry chase, Mold removal, What a mess: burn the trash.

In addition, we've isolated the most difficult puzzles in the game and presented them in a separate section to facilitate navigation while searching for description of problematic moments that occur in the game. This way, you can quickly solve any puzzle and continue the story of Jesse Faden. In our guide, you will also find a list and description of all boss fights available in the game. Many of them are optional battles and require completion of side missions - but be careful, the difficulty of additional bosses is really high!

We conclude our guidebook with a trophy guide, which contains a detailed description of all trophies (achievements) of the game, which may help you in obtaining a platinum on PS4. As we have found out - it's not that hard to get in comparison to other titles.

Below we have listed a few starting tips that should be especially useful to those who have just started playing the game. More tips and hints on the Starting tips page as well as in the Basics chapter.

Control also has and endgame phase - you can do the optional activities after completing the main story (including The Foundation and AWE story DLCs).

Control: All side missions

Below you can find the list of all side missions available in the basic version of Control. Side quests can be received from NPCs, notice boards, or activated by reaching specific locations. Each of the side missions has a walkthrough in our guide.

Below you can find the list of all main bosses in Control. All of them are encountered during the side missions. During the main missions, you will only face mini-bosses - these enemies aren't challenging. The description of each boss fight has information about the boss's location, attacks and weak spots.

Jesse explores the titular Foundation and tries to find a missing member of the board - Helen Marshall.

Jesse visits the Investigations Sector and tires to find a mysterious creature kept there. Players can investigate new AWE paranormal activities, including the one from Bright Falls, a town know from Alan Wake.

During your time with Control, you will come across more challenging puzzles like, e.g. avoiding a specific enemy or interacting with elements of the environment. The more complicated puzzles are described both in the walkthrough and the Puzzles chapter:

The FAQ chapter contains answers to many questions regarding various elements of the game. The most important pages of this chapter are:

Basics and Secrets and puzzles chapters have numerous tips that should help you learn the basics of the gameplay mechanics and explore this peculiar world.

Control can be purchased as a pre-order and is being offered in various editions. Interestingly, the content of these packages depends on your gaming platform. Below you will find description of every edition and its content. 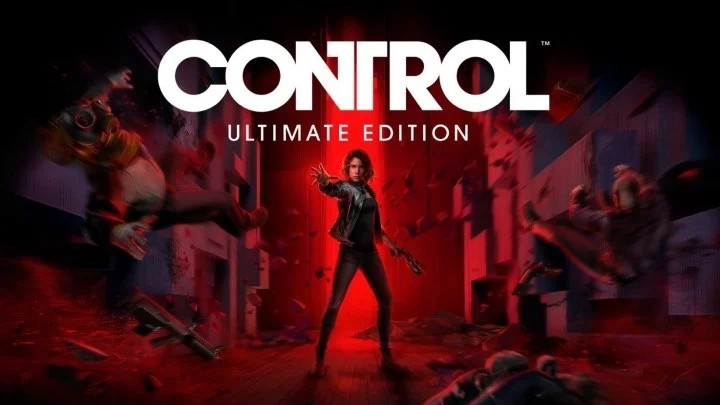 Control Ultimate Edition was announced on August 2020. We have listed its most important content:

Below you can find the minimum PC requirements for Control. More information on the System Requirements page.

The main character of Control is Jesse Faden. When she was young, she had a traumatic event - her brother went missing. Trying to deal with the demons of the past, the woman goes to New York where Federal Bureau of Control has their headquarters. This institution is responsible for the traumatic events that took place in Jesse's past.

However, the woman won't be able to search for truth in peace. During Jesse's visit to the Federal Bureau of Control, the Hiss decide to invade the world. During this invasion, the director of the institution dies. It is now up to Jesse to defend this place. Due to the unusual rituals, she is elected the next director.

Control takes place entirely in one building - The Oldest House. After entering it, you will spend the entire game in that place.

Control: Platinum trophy - is it difficult to unlock?

The platinum trophy in Control isn't difficult. However, you will have to spend 30 or more hours with the game. The most challenging part can be defeating a few tough bosses encountered in the side quests. However, you will be able to use cheats here. You can also go back to these fights after gaining new powers and weapons.

You don't need to find 100% secrets to get the platinum trophy, although you still have to find the majority of them. Luckily, the game has two things that make this easier - you can do all side activities after you are finished with the main storyline, and none of the trophies can be missed. You can get all the trophies during a single playthrough. More information about the trophies/achievements in our trophy guide.

The PC version of Control can only be purchased digitally on Steam and Epic Games Store.

As for the console versions, you can choose between a digital and physical version. They are available for all consoles and editions of the game - the original release and Control Ultimate Edition.

Control: Ray-tracing - is it supported?

Yes, the title has support for ray-tracing technology.

Control: Collectibles - are they in the game?

As you go progress the main campaign in Control, you will be able to collect a number of different collectibles. These were divided into six categories:

More information about the secrets in Control on the Collectibles page.

Control: Character personalisation - is it possible?

Yes, it will. Jessie's appearance can be modified, but these changes are limited only to clothes. You can find details on Costumes to unlock page.

Control: Multiplayer - does the game have it?

No. Control offers only a single-player mode. The game also doesn't have a New Game Plus mode.

The dozens of great games in your Xbox Game Pass subscription represent hundreds - even thousands - of hours you'll spend in large open worlds or smaller, story-driven RPGs. Here are the best games on Xbox Game Pass.