This page of the guide to Control - The Foundation has a walkthrough for the Found Footage side mission. You will learn, e.g. where to unlock the quest, how to pass safely through a dark cave and how to trap the transported Altered Item. 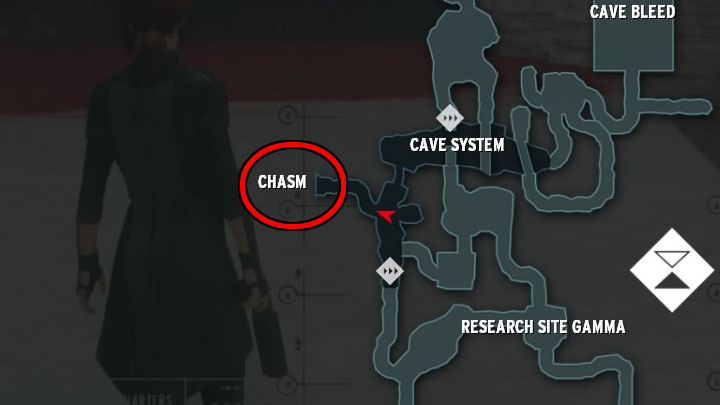 This quest begins in the Chasm located in the western part of the map - we have marked it on the picture. 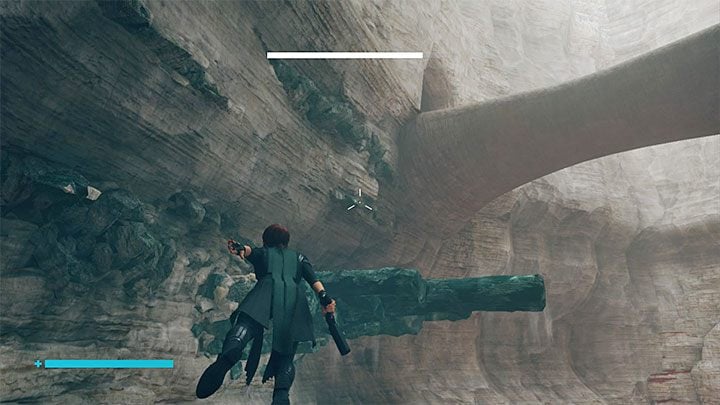 Use fast travel to move to the Cave System checkpoint. Then use the Shape power to extend the platform on the side. This will allow Jesse to reach the upper bridge. 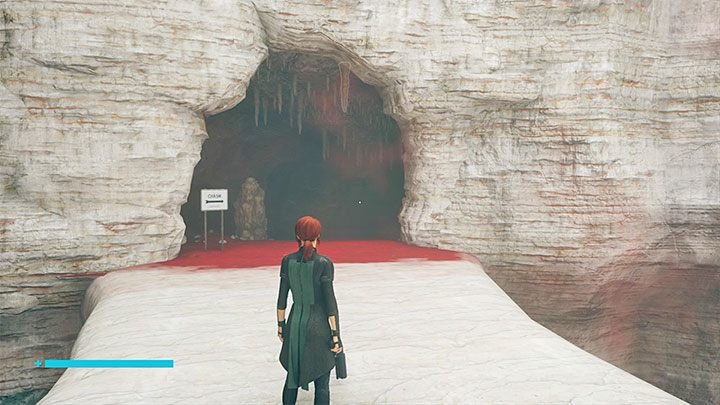 When you're at the top, turn left. You should notice a sign pointing the way to the Chasm. 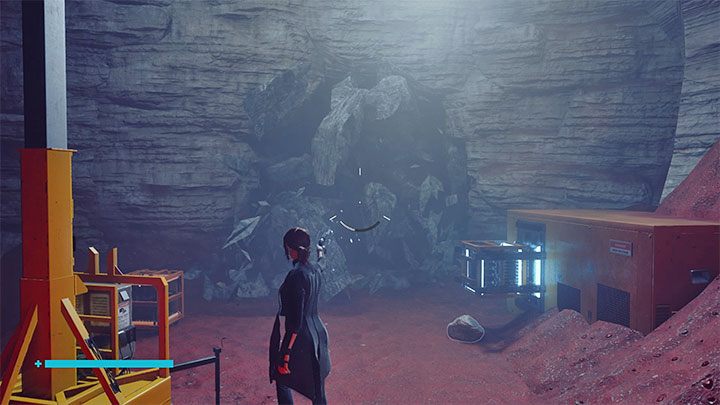 Get to the generator, where you can optionally put the power core found in the area. To begin the quest, use Shatter to destroy the black crystals shown in the picture. This will unlock a new passage.

You get the quest after jumping into the hole. 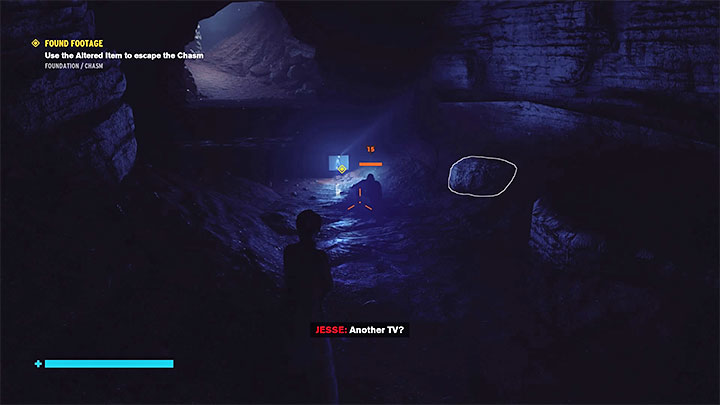 After landing in the caves, find a TV - an Altered Item. You have to start moving this object with telekinesis. Jesse can throw the TV and drop it, but if the TV is "lost" (e.g. it falls into the abyss), it will reappear in the place where you found it. 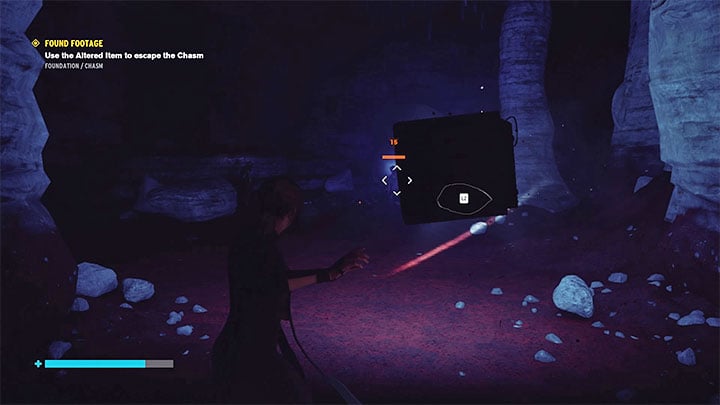 A unique feature of this Altered Item is that it can "hypnotize" opponents. "Illuminate" the enemies to avoid fighting them. However, if you have to fight, try to stay close to the TV so you don't find yourself in complete darkness. 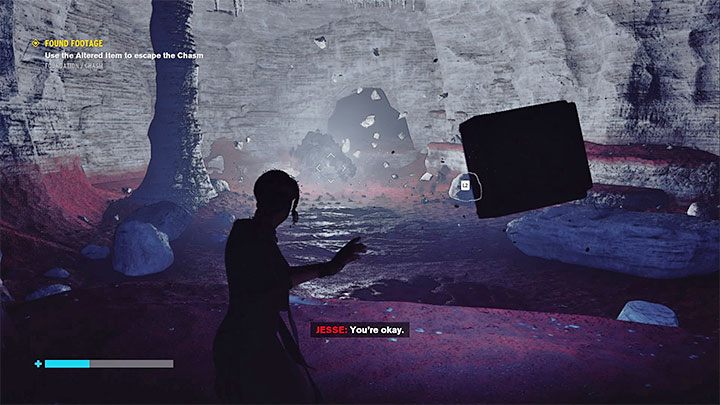 Jesse encounters an indestructible ball-shaped monster that cannot be hypnotized. Just fly over the monster and run away from it. 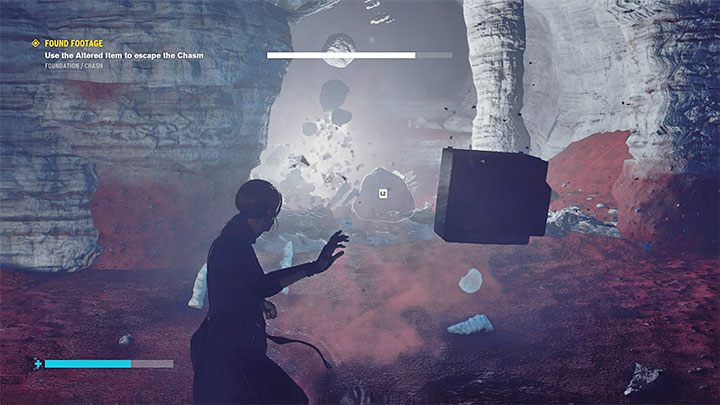 In the further part of the caves, you will encounter a few simple obstacles - Jesse must, for example, fly over white chasms, shoot crystals blocking the passages, or drop the TV for a moment to insert power cores into generators.

Destroy the crystals from the picture to "free" the indestructible sphere. Go back to the bottom, activate the generator, and resume the journey after the ball has moved away from the passage. 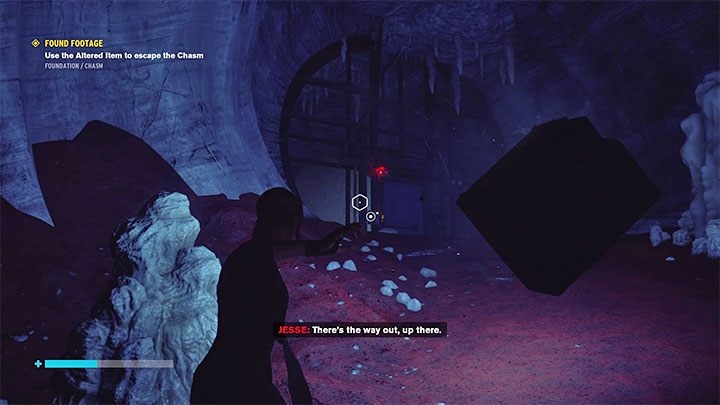 The destination is shown in the image above. Once the gateway is opened, you will find yourself near the quest's starting point. 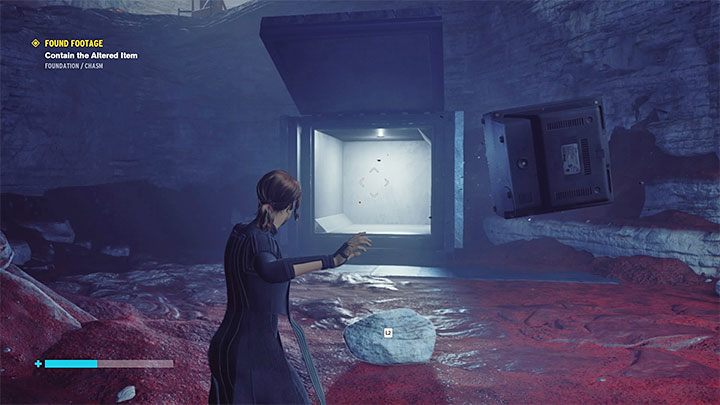 In order to complete the mission, throw the TV into the cage so it will be trapped in it.

As a reward, you get 3 skill points, get a collectible related to the Altered Item, modifications, and materials.