This page of the guide to Control - The Foundation contains a walkthrough of a side mission called Pope's Collection. You will learn, e.g. where to find all 5 IDs, how to solve a puzzle and get to the underground lab, and how to defeat a boss - Processes Designer Gibbs. 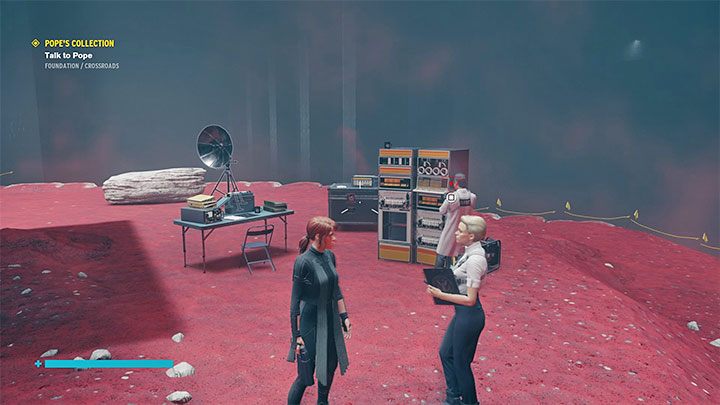 You can get this quest after starting The Pyramid main mission. Go to the Crossroads to meet Emily Pope again. For the record, Pope won't appear in this location until you start The Pyramid quest. Emily will have an additional assignment for - find a few IDs and use them to infiltrate the secret lab.

To search for identifiers, you have to go to the Warehouse location - you can get there using fast travel. There is also a chance that Jesse already has some of the ID cards in the inventory. You may have found them and picked them up on your first visit to the Warehouse during one of the earlier story missions. 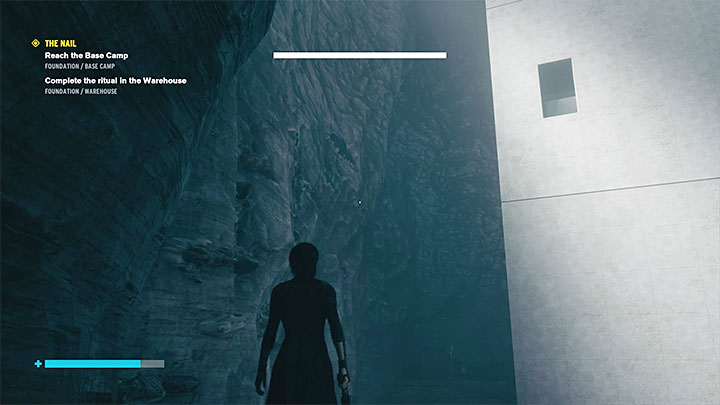 The first identifier is located inside the tower, which cannot be accessed using the elevator. Go around the tower and find the location in the picture. Jesse can pull up the side shelves by using Shape and land on them.

Watch out for flying opponents who may show up. They are dangerous and should be dealt with first. 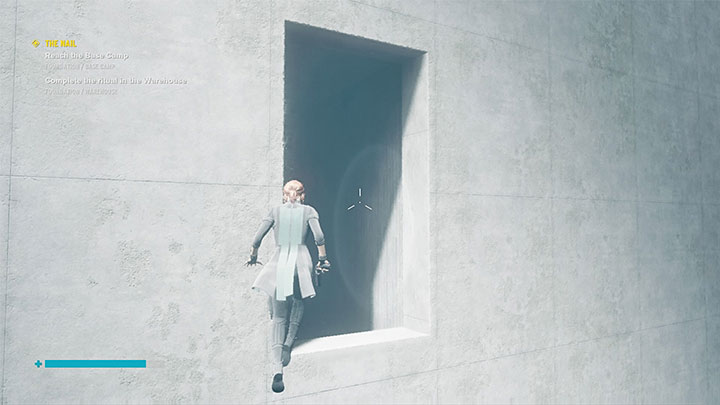 Thanks to Shape, you can reach the hole in the tower's wall shown in the image. 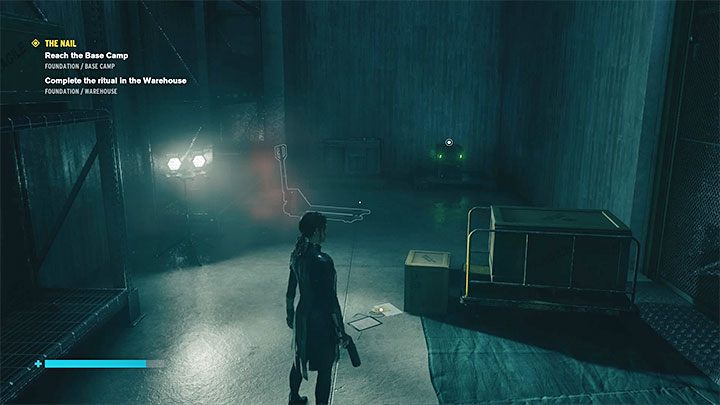 The ID lies on the floor of the newly discovered elevator room. 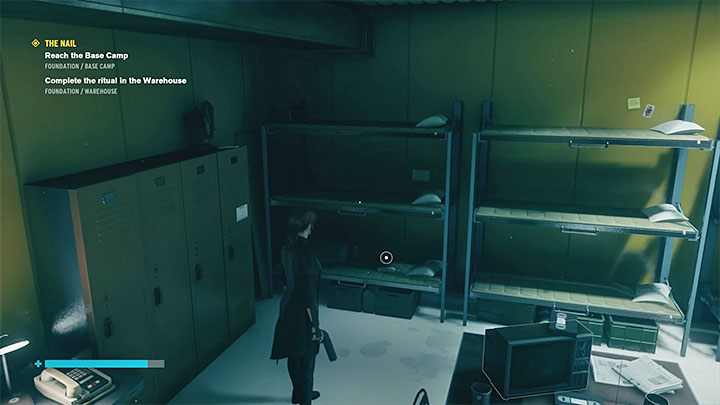 The second identifier is in one of the yellow buildings on the lowest level of the location with the tower. You'll find it on one of the beds. 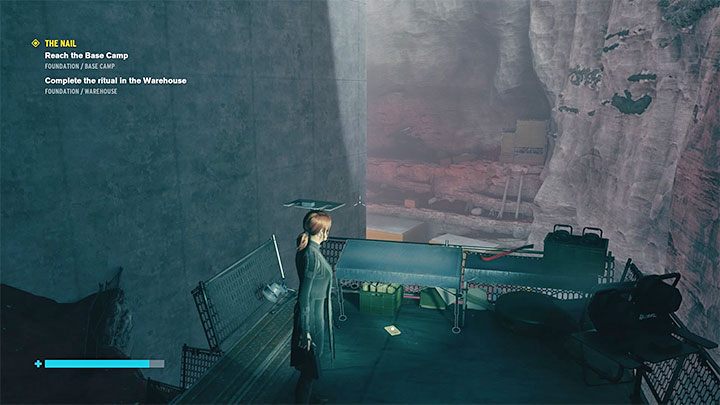 The third identifier is located in the small area behind the huge tower shown in the image. 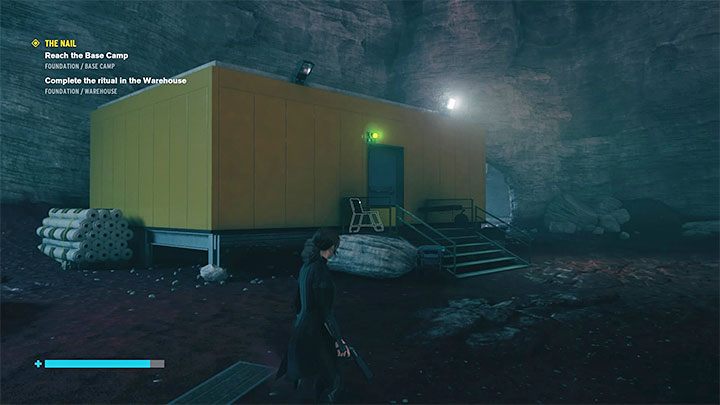 The fourth identifier is inside the lone yellow building shown in the image. It is located in the upper part of the location with the tower. 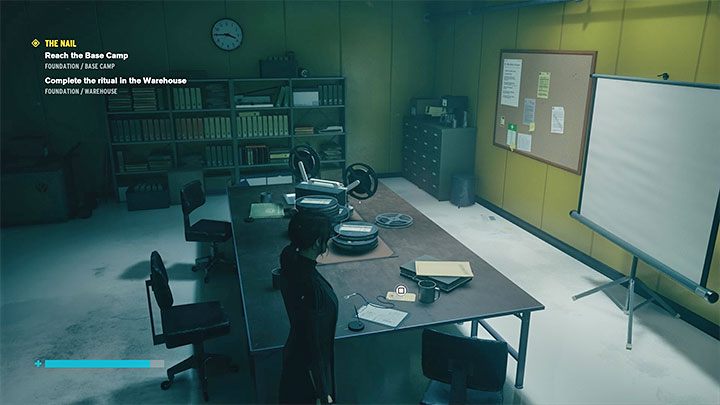 The ID is on a large table. 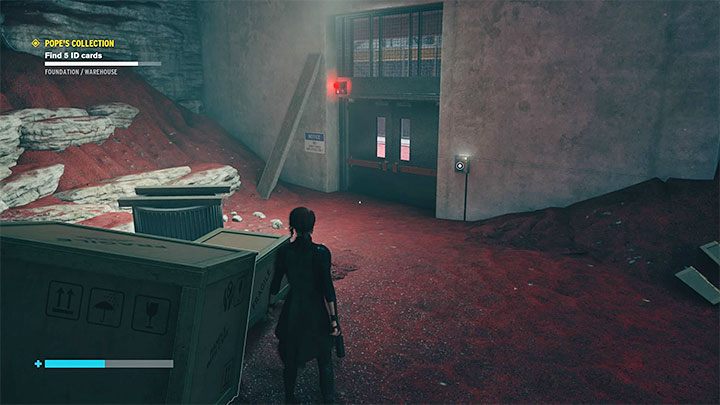 The fifth is on the lowest floor of the tower (not counting the basement). Go around the tower and locate the lowest entrance shown in the picture. Open it (if this is not possible, wait until you "officially" unlock this quest). 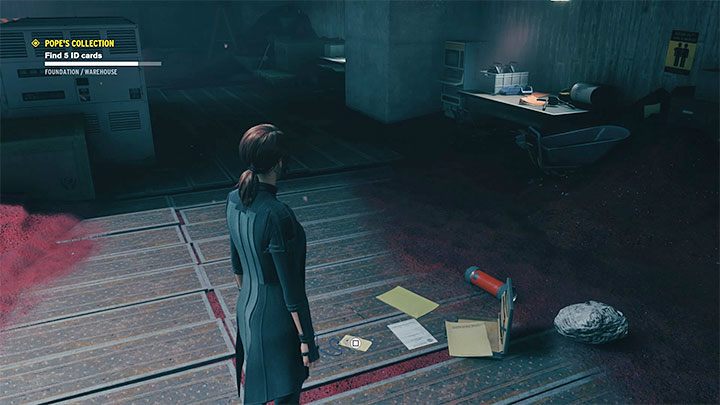 The ID is on the ground.

Use IDs to unlock elevator 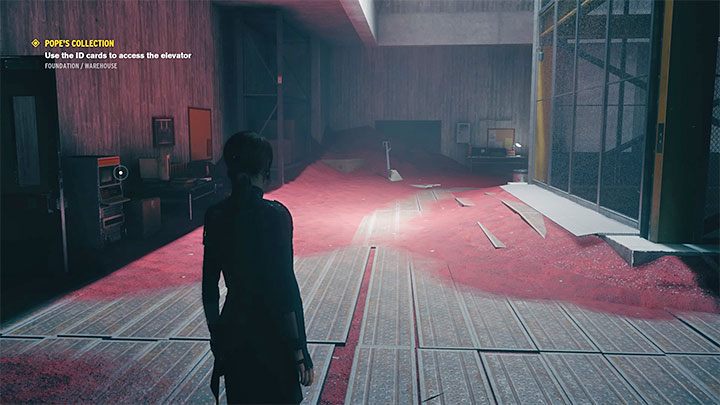 Stay in the area where you have found the last fifth identifier. You can solve a puzzle here - you need to place the identifiers in the right terminals. When you interact with each terminal, you must select a "matching" access card. If you make a mistake, you can remove the ID from the terminal.

Here is the solution: 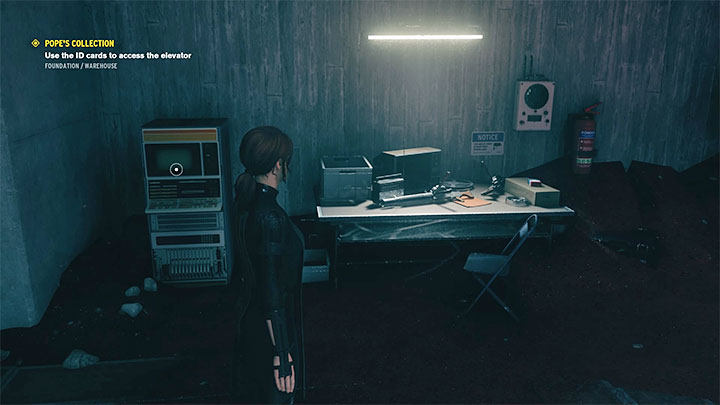 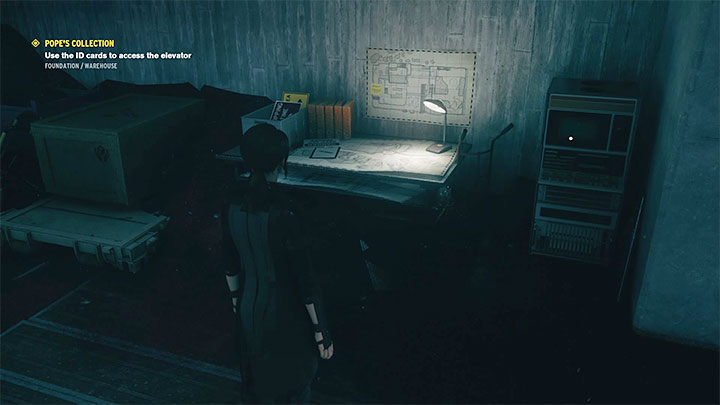 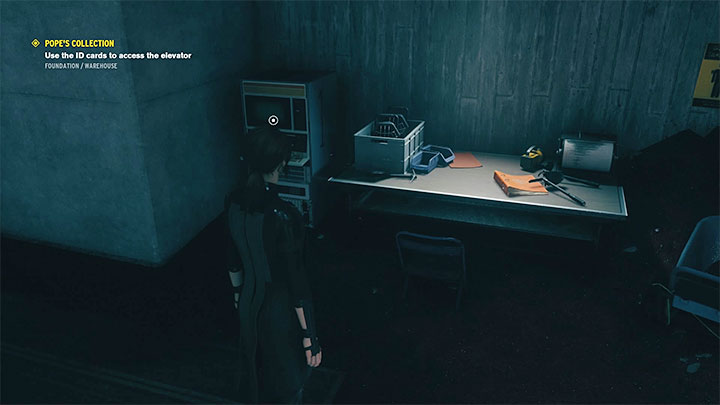 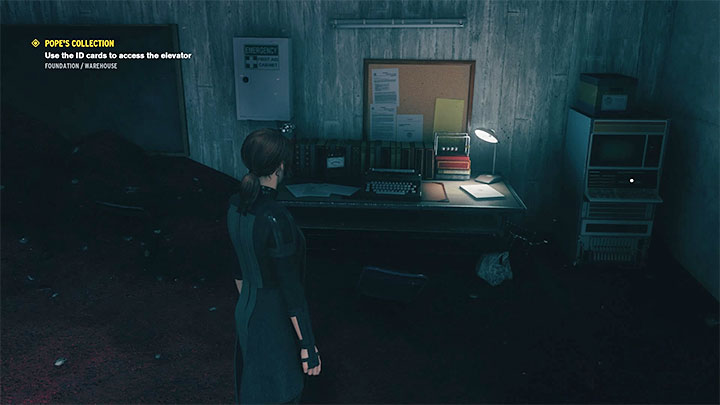 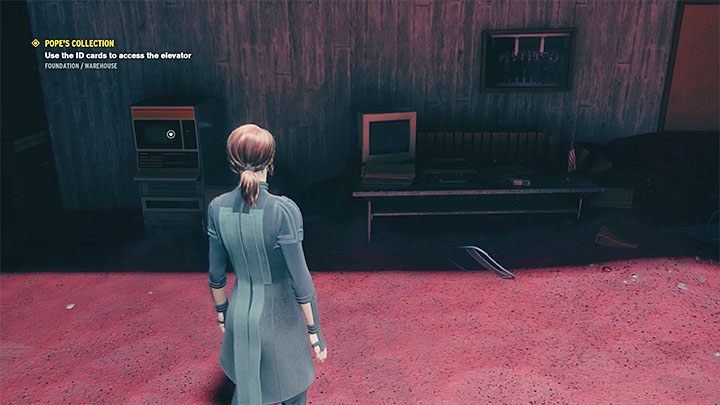 Place the Head of Research card. 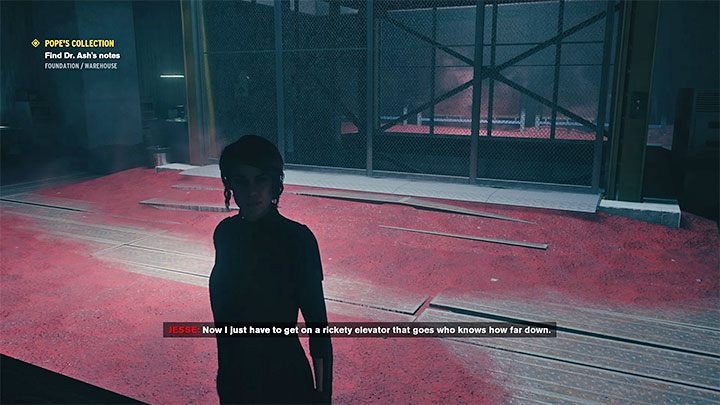 If you have correctly placed all five IDs, Jesse should comment on this - the elevator will be unlocked. Call it and select level 0 - Basement Lab. 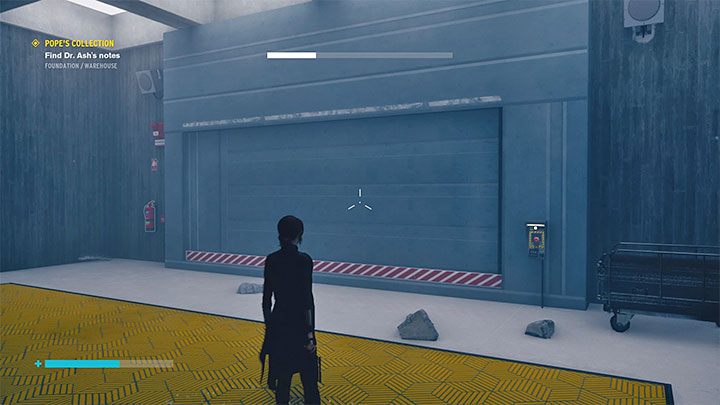 There, open the large gate and go to the adjacent area - a boss called Processes Designer Gibbs will appear. 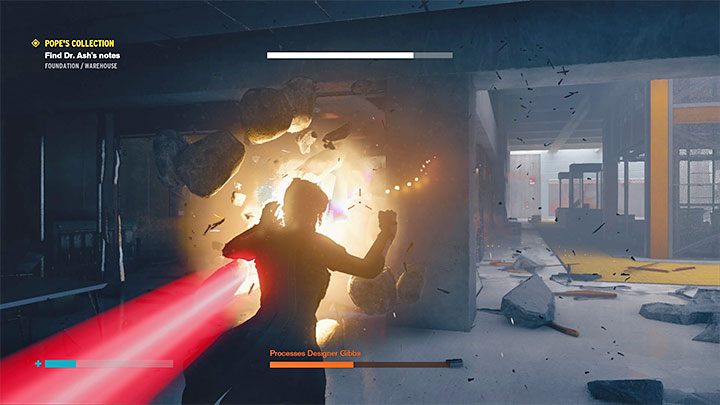 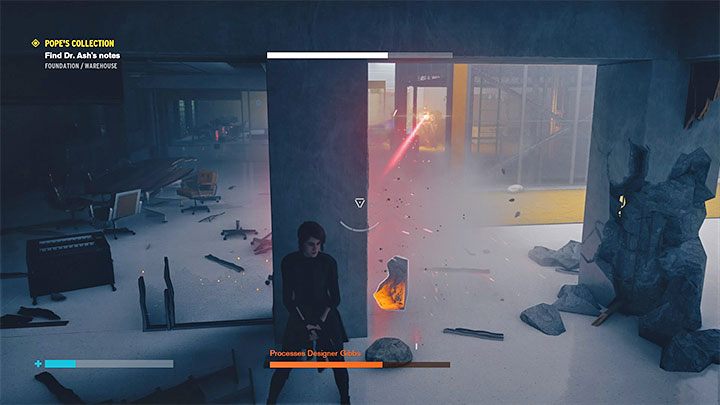 Gibbs is a stronger version of the monsters encountered during the game - this fight can be quite demanding.

Focus primarily on avoiding the boss's laser attacks - you can use the Shield or hide behind the pillars. In the latter case, however, be aware that the pillars will be gradually destroyed by the boss. You can also try to hide behind walls in corners or the elevator shaft. 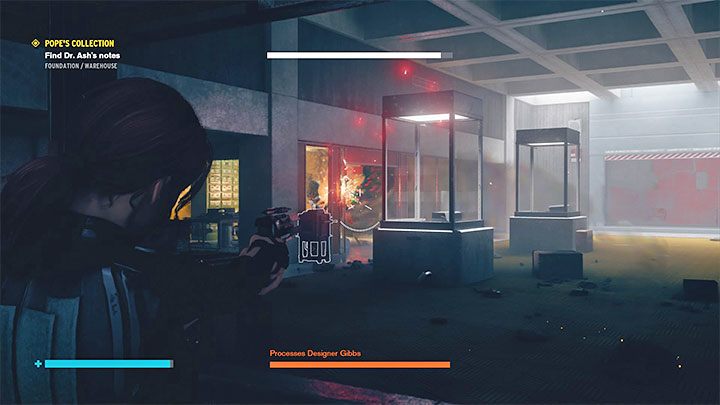 Use telekinesis as your main weapon here - throw as many objects from the surroundings at him as possible. Until Gibbs "disappears", he won't be able to block these types of attacks. Each of them will deplete a lot of health points.

You can also use a weapon - select one of the variants for long-distance combat. 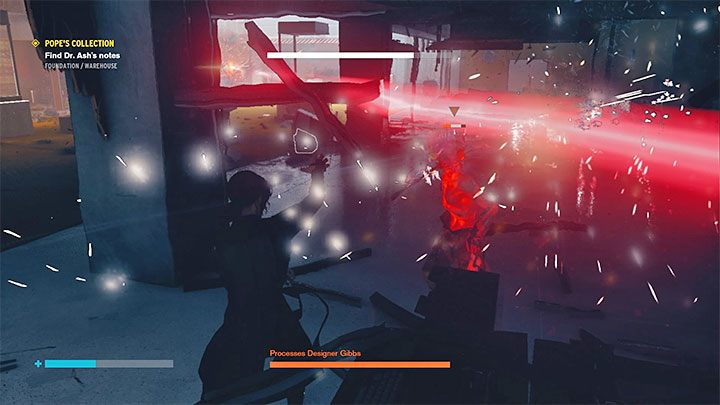 Regular opponents may also appear in the lab. It's worth taking care of them right away so they don't get in the way of avoiding the boss's attacks. You can use Seize on standard enemies and collect the energy they drop. 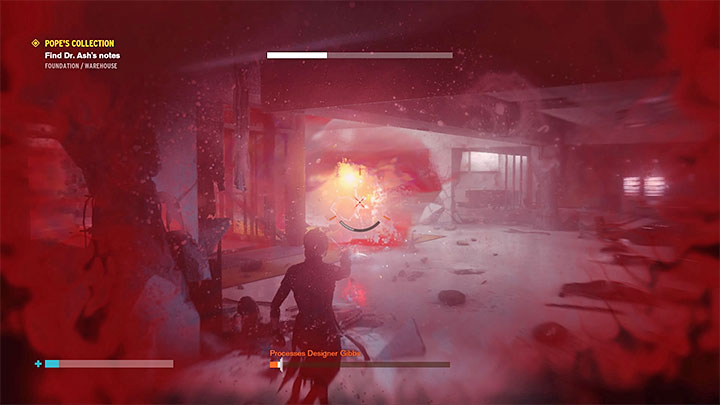 The boss disappears for a time and then reappears. In its hidden form, the boss is still partially visible as a mist. You can attack it before he makes himself visible again. Avoid a situation where Gibbs suddenly appears next to Jesse - this can be really dangerous. 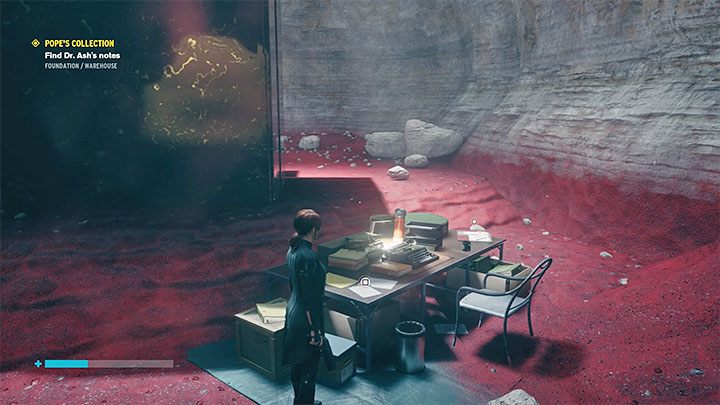 You can now enter the adjacent area with a smaller version of the Nail. The notes are on the desk. 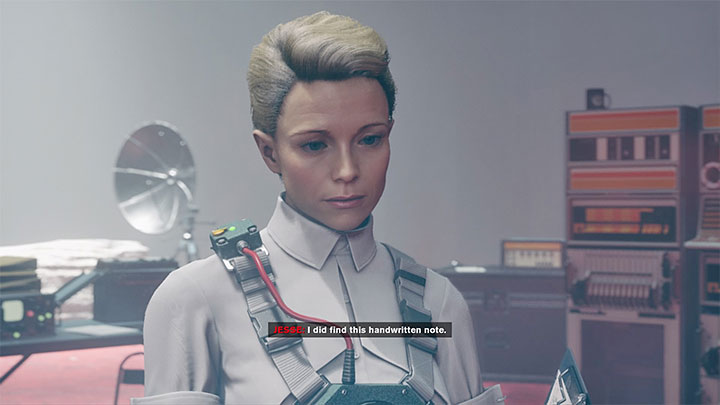 Use the elevator to leave the lab and then go to one of the checkpoints to fast travel to the Crossroads. Talk to Emily Pope and give her the notes to complete the quest.

The rewards for completing the mission are 3 skill points, modification, and materials.