This page of the Control - The Foundation guide has a walkthrough for Jesse Faden Starring in "Swift Platform" side mission. You will also learn, e.g. where to unlock the quest, how to complete the section in which you ride on a platform, and how to cleanse the escaping Altered Item. 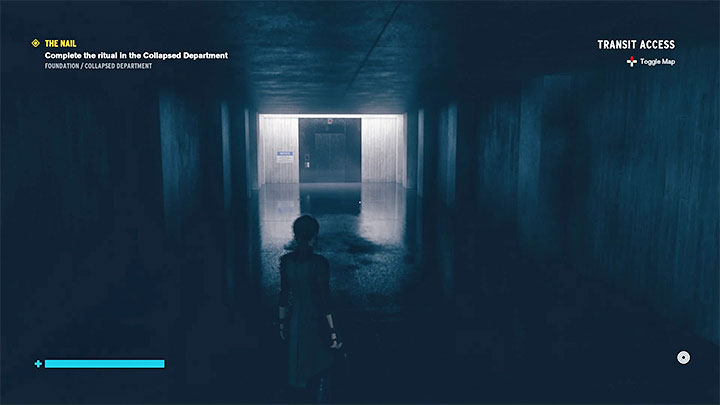 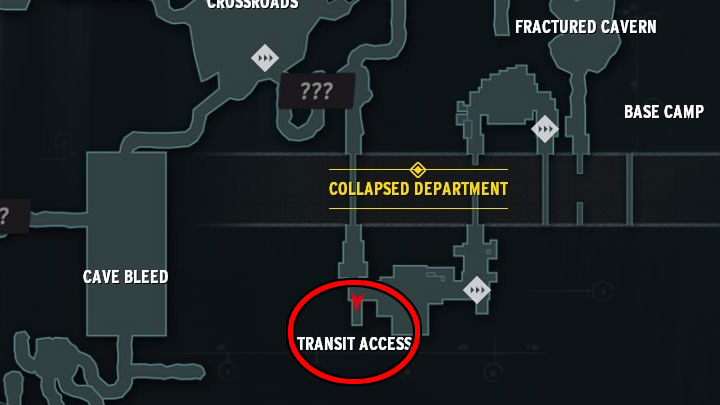 You can get this side mission by going through the Collapsed Department, which is the eastern part of the Foundation caves.

You must reach the elevator shown in the image - it is located in the Transit Access. 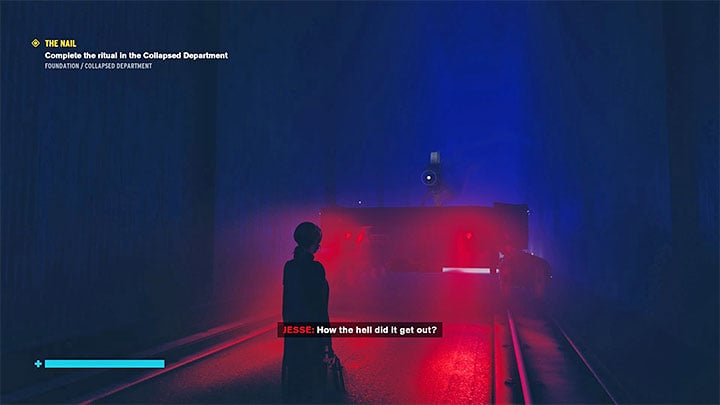 Use the elevator to get to the new floor. Get on the platform on the tracks and try to touch the Altered Item - the projector (the same one you "freed" by solving the puzzle with three generators).

Interact with the projector to start a chase sequence. 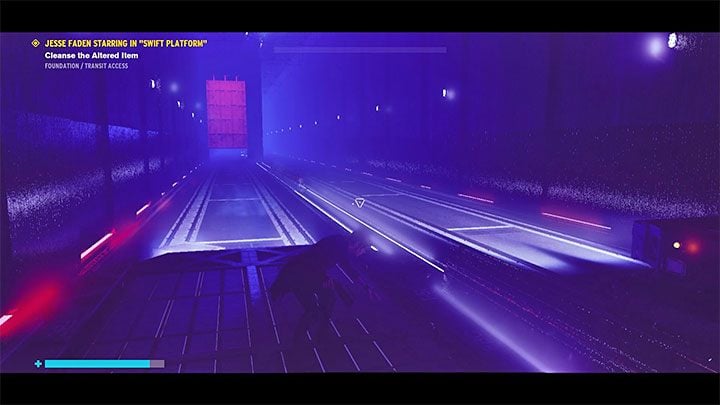 You have to deal with two types of threats during the pursuit. The first is the obstacles that appear on the path. Avoid them with levitation - ascend or fly over an adjacent platform on which you can land. 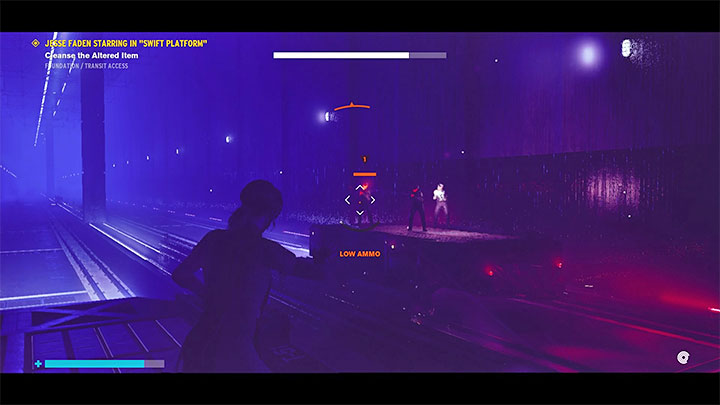 The second type of threat is opponents appearing above the tracks and on the adjacent platform. Use either telekinesis or weapons to defeat them. Defend against their attacks by activating the Shield. 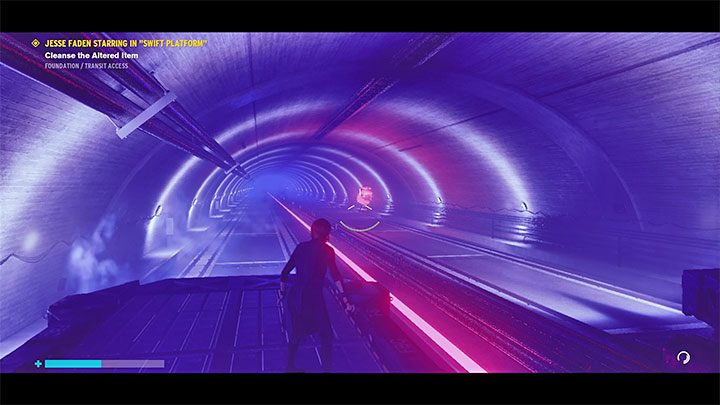 When Jesse's platform gets close to the projector, start shooting at the object to destroy the Hiss attached to it. The first attempt to catch the projector was unsuccessful. 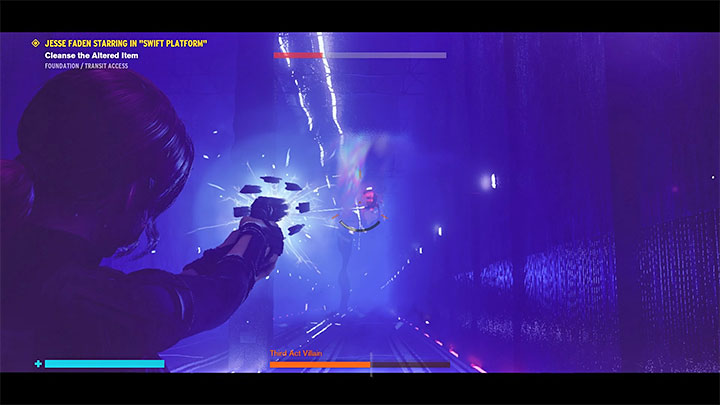 In the second part of the chase, you will get attacked by an armored opponent standing on another platform. Attack him with telekinesis and the best weapons.

In addition to "regular" flying opponents, there will also be a mini-boss - Third Act Villain. Use telekinesis to temporarily damage his shield and then proceed to attack him with a weapon. 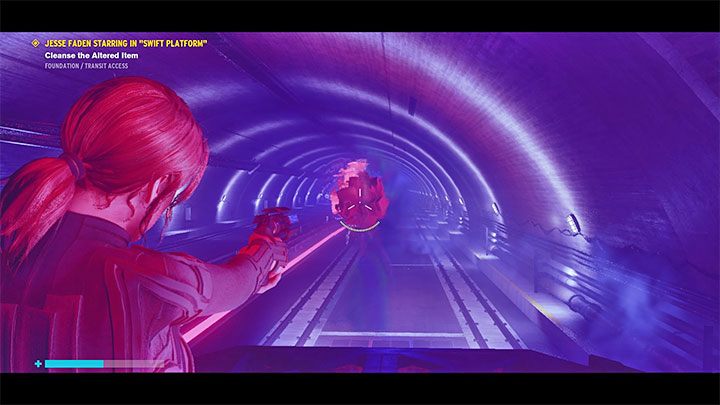 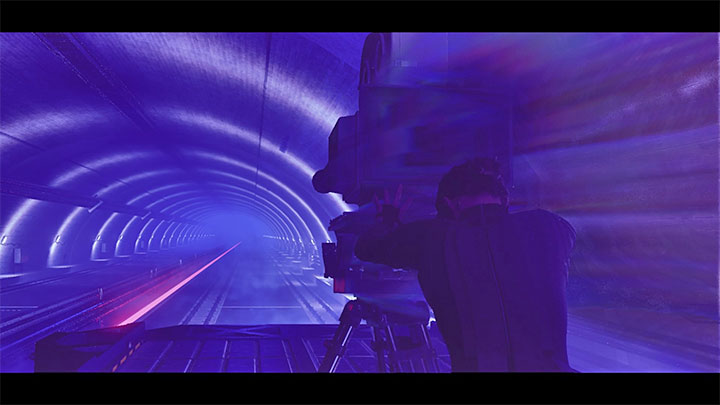 Again, wait for Jesse's platform to catch up with the projector. Just like before, destroy the Hiss first. This time, you will manage to cleanse the Altered Item.

The quest will end - you unlock the Star Performance trophy, get 3 skill points, a collectible related to the Altered Item, materials and modifications.