On this page of our guide to Control - AWE you can find a description of the final mission - It's Happening Again. By reading our walkthrough you can find out how to reach the location of AWE Bright Falls and how to defeat the final boss - Hartman. Jesse has to take part in a long and quite demanding boss fight. 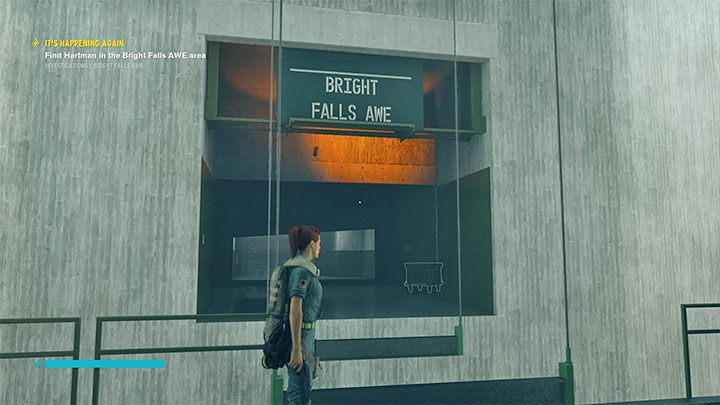 This quest will start automatically at the location of Active Investigations after you have successfully driven away Hartman from the AWE Fra Mauro and AWE Eagle Limited locations during The Third Thing mission.

The northern passage towards the location of Bright Falls AWE, as shown in the picture, has been unlocked. 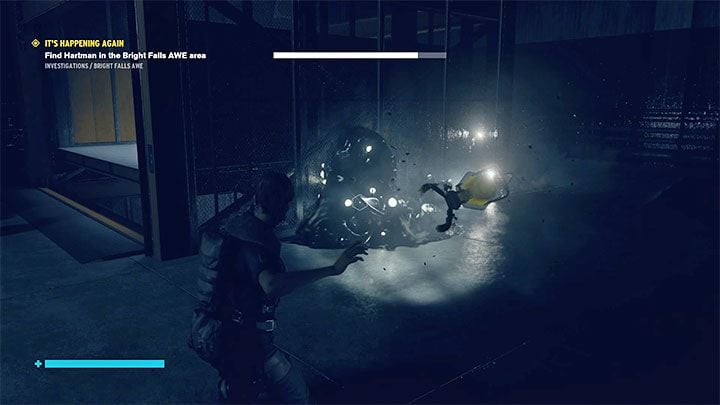 After watching the new vision with Alan Wake, you can enter the elevator. The elevator will not reach its destination immediately. Instead, it will stop first on one of the floors. Start by grabbing a lamp and using it to illuminate the darkness blocking the elevator.

It's not the only impediment, because there will be some opponents on this floor. Most problematic is the monster which surrounds himself with levitating rocks. Attack him by leaning out from cover for a short time - it's best to destroy his shield with the help of telekinesis and then quickly attack him with the use of a Service Weapon. After winning the battle, finish your journey in the elevator to reach the checkpoint. 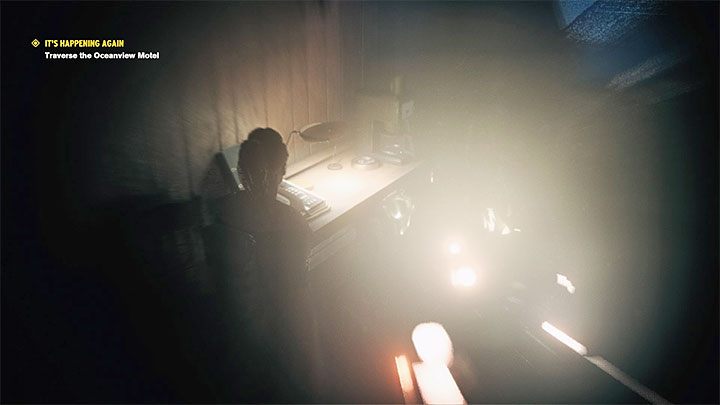 You will get to the well-known switch - using it three times will move Jesse to the Oceanview Motel. Get to the front desk and start using the bell to open another room on the left. In the first two rooms, light sources have to be lit in order to get rid of the darkness. 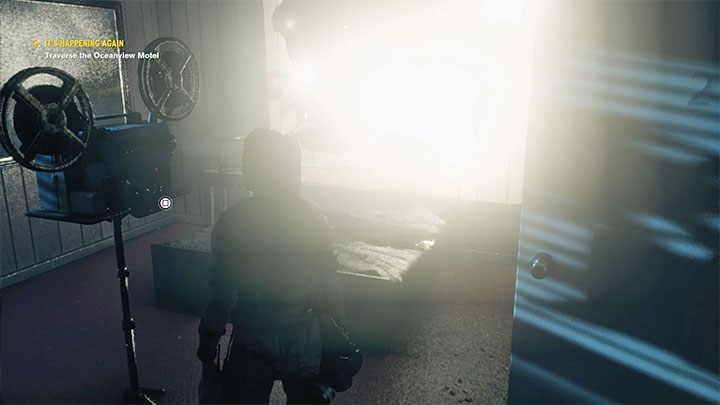 In the last room (226), interacts with the projector to rotate it. It must illuminate the darkness.

Now you can return to the front desk. Take a key and use it on the door with an inverted black rectangle. In the new room, use a 3x switch and you will return to the Investigations Sector. 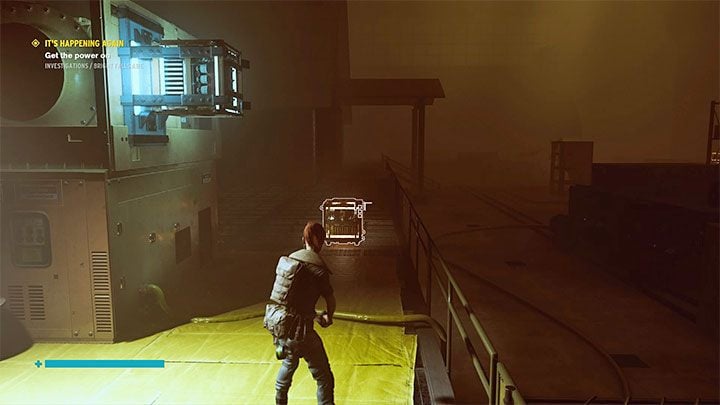 Now you can enter the Bright Falls AWE location. Once again, you have to start avoiding Hartman, but the final duel with the boss will start just after a few minutes.

Reach the first generator that contains the power core. Don't take it out, because you'll find an unused core nearby - grab it by using telekinesis. 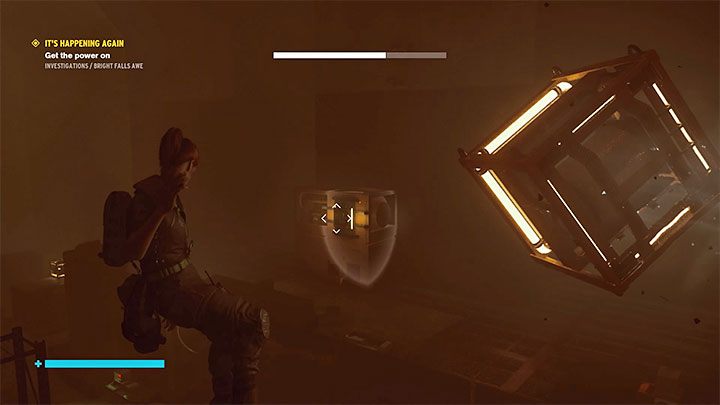 Look around the area for a free slot where you can throw a power core. This will illuminate a small area near the generator. 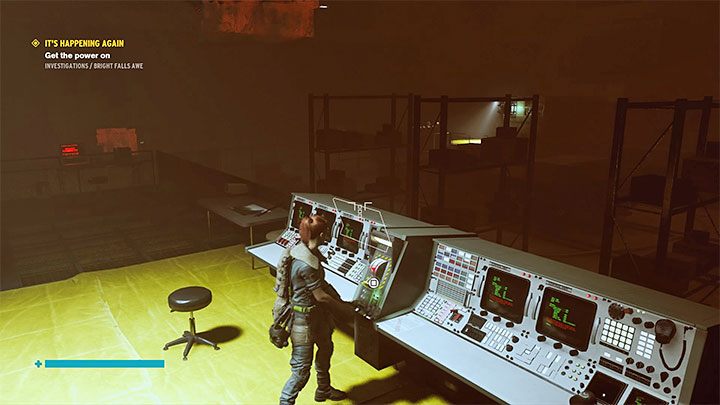 Repeat the described scheme - find new unused power cores and throw them towards the next generators.

Ultimately, the power cores must be in four different generators. Find the illuminated large control panel shown in the picture and use the switch to illuminate the entire area.

Defeat Hartman - duel with the final boss of AWE DLC

First part of duel with Hartman 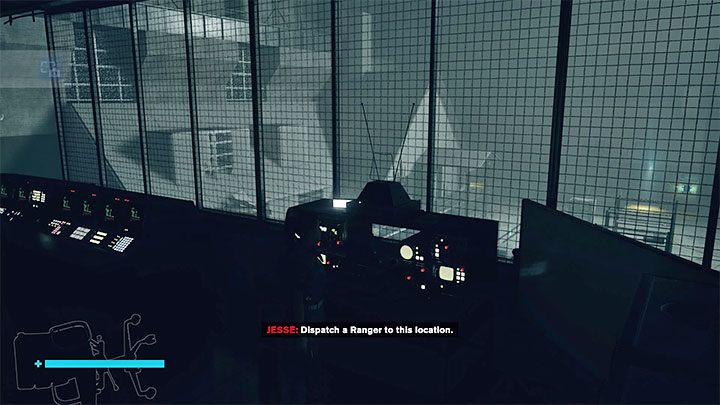 Despite lighting up the whole room, the boss won't escape this time. Instead, you'll start the first fully-fledged fight against Hartman.

At the very beginning it is worth noting a certain detail - in the control room that is located upstairs there is a terminal which can be used to summon rangers. You can get an optional companion to make it easier to fight the battle and distract the boss or other enemies. However, this is not an obligatory step, because you can also manage to fight the boss alone. 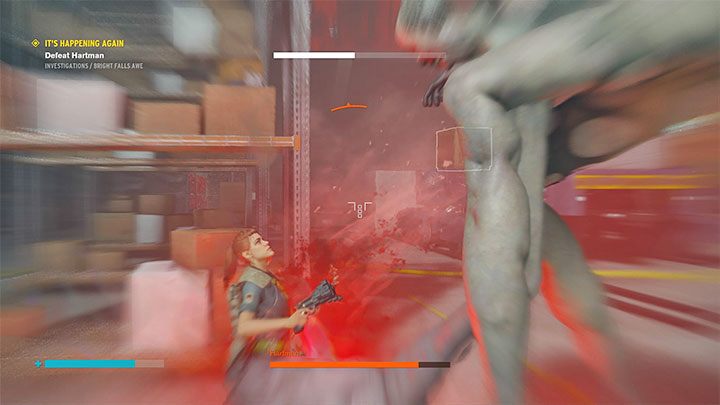 Hartman has three main attacks. The most serious of these is teleportation combined with an attempt to catch Jesse - the captured heroine (example shown in the picture) will lose a lot of health points.

Try to correctly recognize the boss's stance and movements when he starts to perform a teleport. Be ready to dash back when Hartman shows up. The problem of catching Jesse can also be reduced by high flying. However, the levitation exposes your character to other boss attacks. 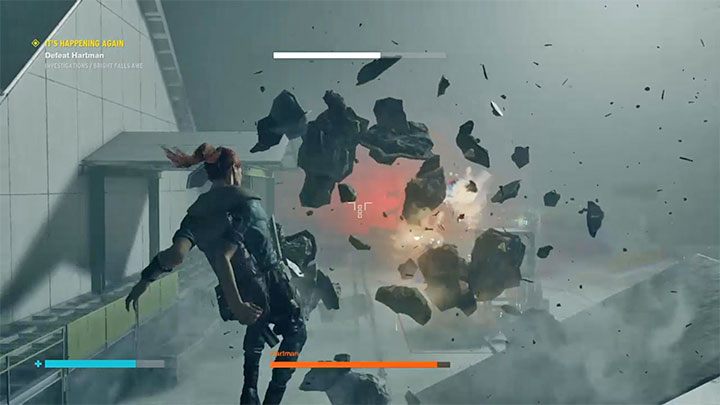 The second boss attack consists in launching the self-propelled homing missiles. It's best to activate shield ability, but don't deactivate that power immediately as more than one missile may fly toward Jesse. 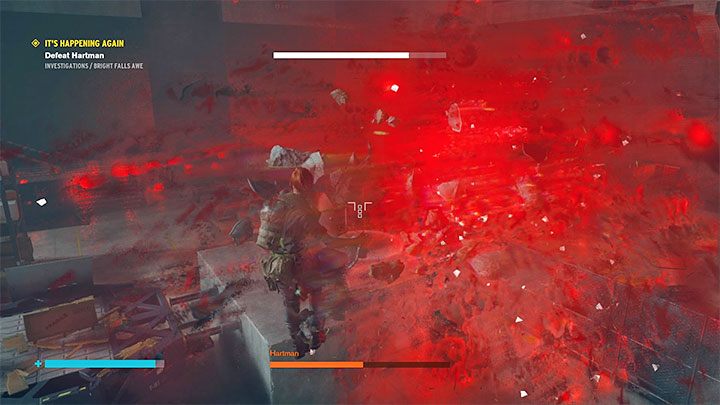 The last of Hartman's major attacks is the bombardment of the selected area. Also in this case it is effective to activate the shield, but it would be good to improve it sufficiently. Alternatively, you can quickly dodge backwards/sideways to get out of the boss attack range. 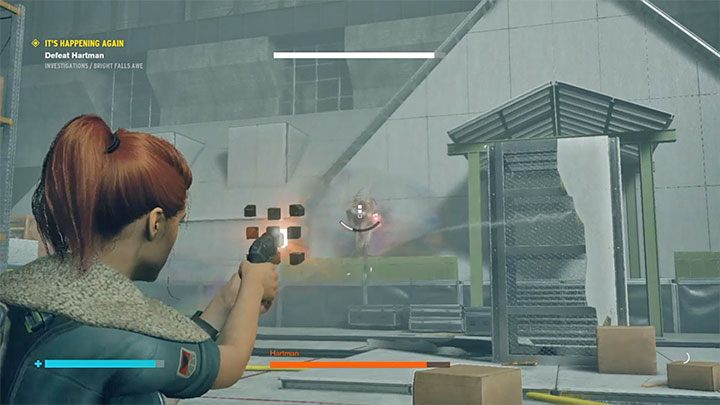 The best weapons and abilities to attack and defeat Hartman are:

Second part of duel with Hartman 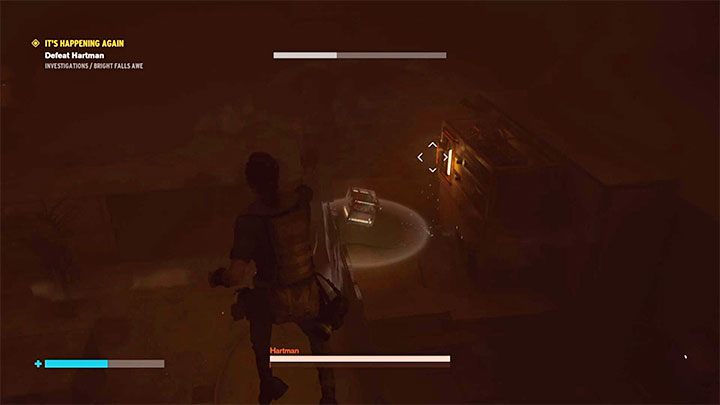 The second part of the battle begins after Hartman gets stripped of his red health bar. A second white Hartman's health bar will appear on the screen, which also has to be dropped to 0%.

There will be darkness in the room, because Hartman will sabotage two of the four generators available in the room. In this case, your task is to find the inactive generators and use telekinesis to re-place the power cores next to them. This will light up the room. You'll be able to resume the battle and once again launch an attack on the boss. 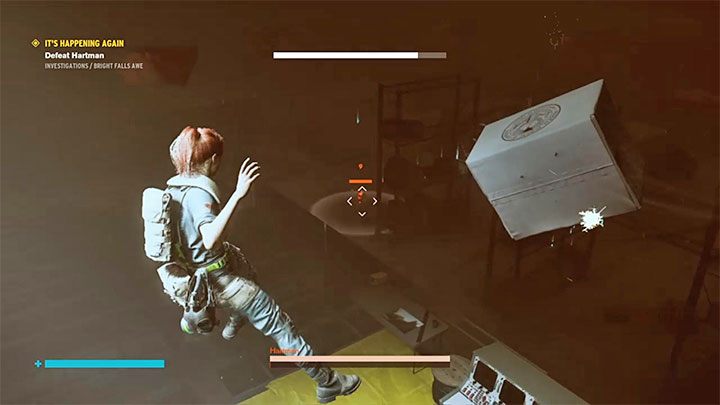 Be aware that even after both generators have been repaired, Hartman may damage them again after a while. Every time after the boss sabotages the generators, two more things happen: 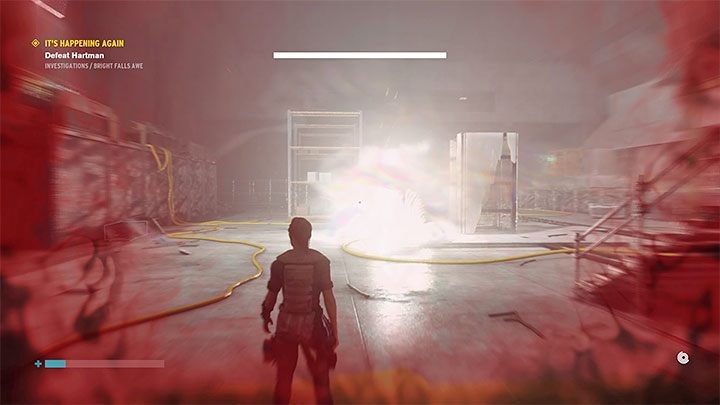 The length of your duel with Hartman will be affected by your effectiveness in restoring the generators. However, you may be forced to fix them several times.

Defeating Hartman will end the final major quest of the AWE DLC. The final cutscene will be displayed immediately. Rewards for completing this task include the The Third Thing trophy, 1 ability point, source points and crafting materials.

Completing this mission does not end your adventure with the DLC. You can continue to explore the Investigations Sector in order to deal with all the optional activities, among other things, completing side quests, finding secrets and collectibles or fighting with reborn opponents (a new group of opponents can immediately appear in the room where you fought a duel with Hartman).