In the next chapter of the Guide to Control, you can find the description of the passage of the last mission in the main thread of the game - Take Control. You will learn, e.g. how to escape the alternate version of the bureau, how to reach Dylan and wake him up.

Performing duties in the office 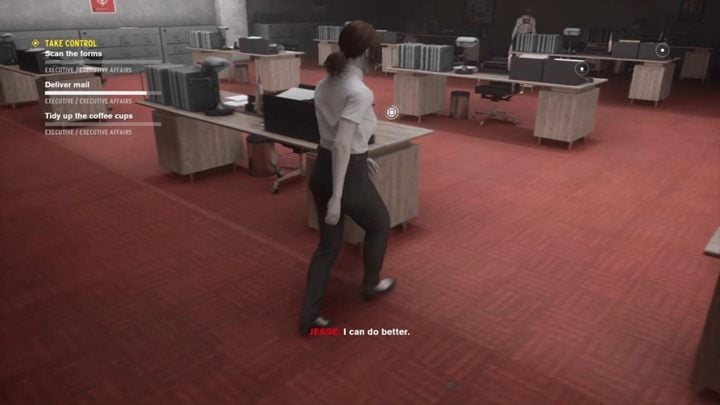 You hit the office in an alternative (?) reality. Take the quests off the board - you have a few small tasks you need to complete in the office. Deliver post, wash coffee cups, or scan some documents. Focus on just one task, and finish it. 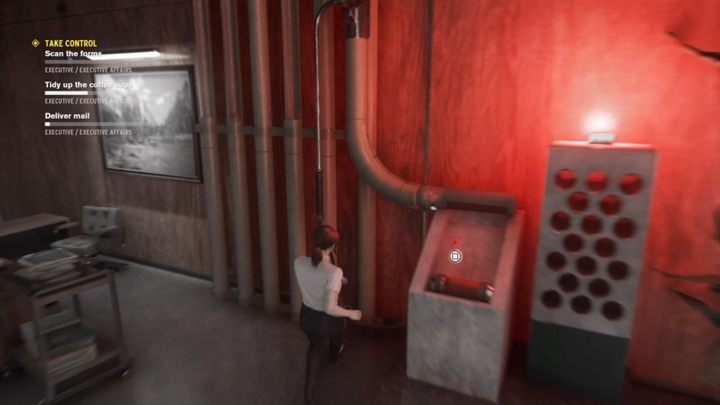 When you complete at least one task, you can pick up a letter to the Director. Do that, and run to his office. Deliver the correspondence, pick up letters from the table and watch the cut-scene. You will return to the office, and you will repeat any office task. 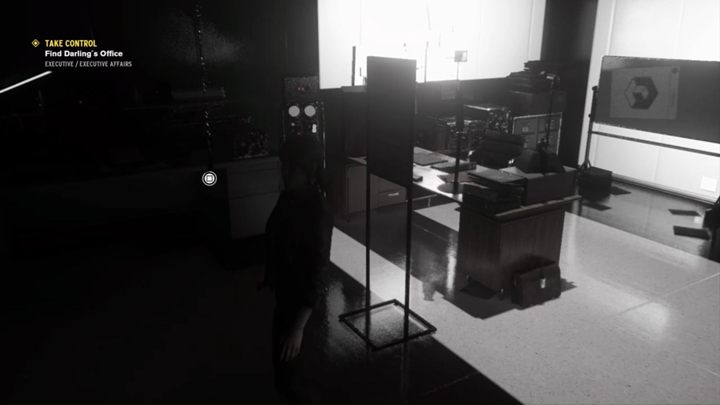 As before, perform any of the duties, take the letter and go to the Director. The situation will be a little different, however, go back to the beginning of the office. Go immediately to get the letter to the Director and run to his office. After a cut-scene, run to the Executive Affairs. In Darling's office, you will find a familiar cord - pull it three times.

Oceanview Motel and the road to Dylan 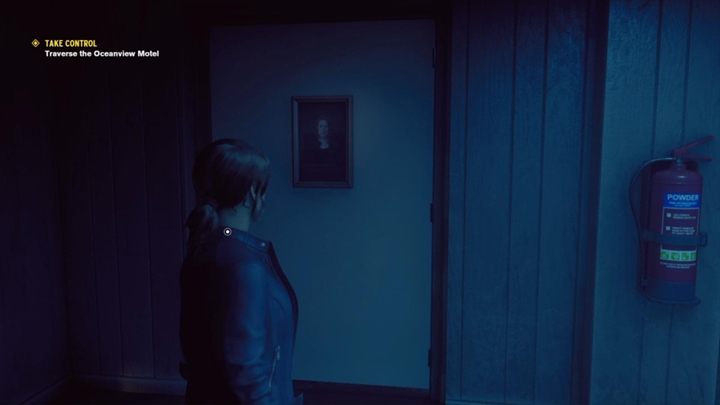 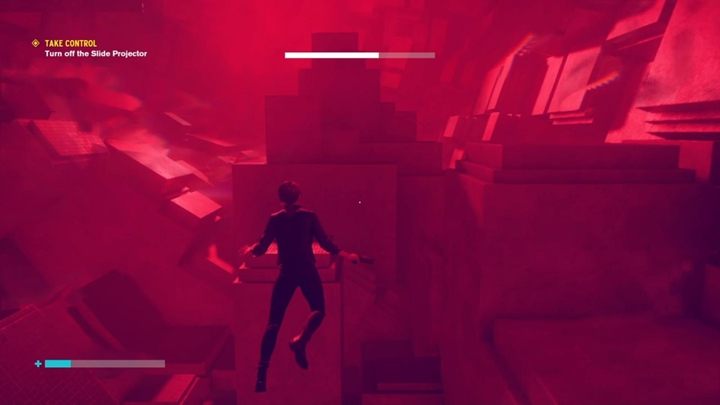 Oceanview Motel, again. Opposite the open room, in the corridor, you will find an open door - go through it, and you hit the area occupied by The Hiss. Use levitation to get into the tunnel. Avoid rubbing against The Hiss Energy.

The final battle with the Hiss and wake Dylan up 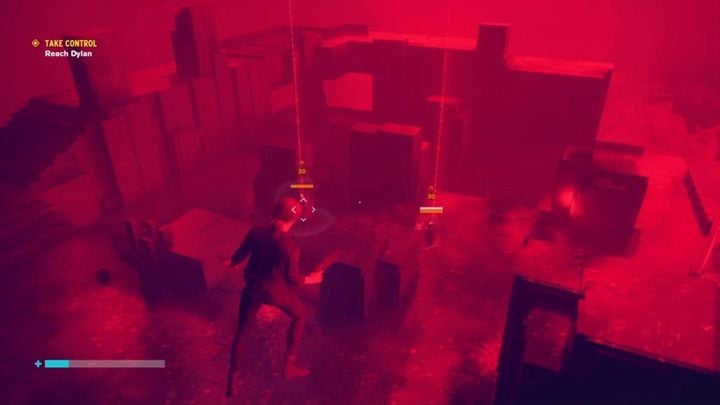 You will reach the astral level, completely overrun by The Hiss. You will have a difficult fight with a swarm of enemies. You have to use all of your abilities, because you will find a lot of skirmishes with different combinations of enemies. 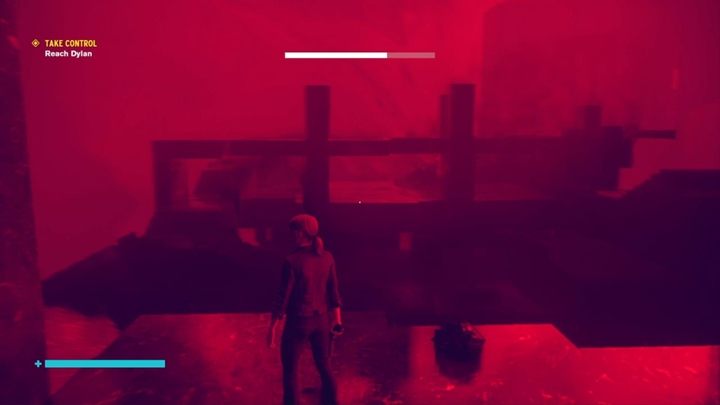 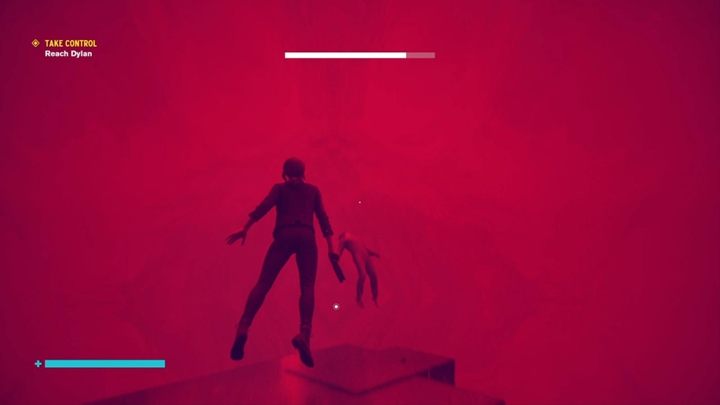 After clearing the first "level" with enemies, there is a passage further, and you will find face even more combat. Be careful not to die, because you will have to repeat a large fragment of the game. Be patient, use your abilities and the Shield. If you have to, use healing items dropped from enemies. Eventually, you'll reach the possessed Dylan. 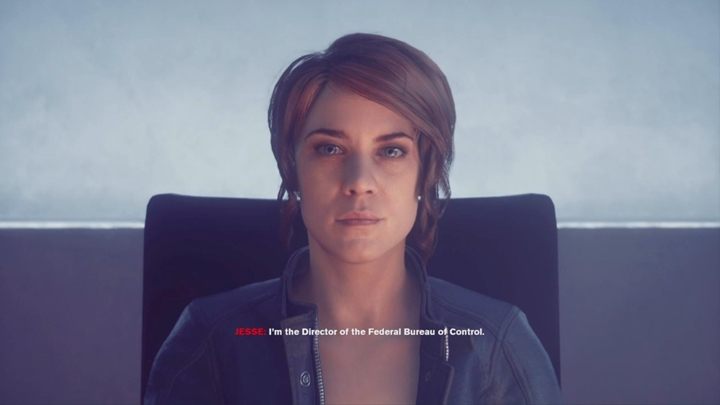 Try to clear it from The Hiss and you will see the end of the storyline in the game Control. This is not the end of Jessie's adventures - there are several DLC's waiting for you, and a potential continuation of her adventures in the future. For now, however... this is the end of your adventure!

The next page focuses on the endgame phase - things you can do after completing the main storyline.