This page in our guide to Control contains a description of the battle with one of the opptional bosses, esseJ. Defeat this boss, which is the main character's doppelganger, to get a trophy/achievement of the same name. 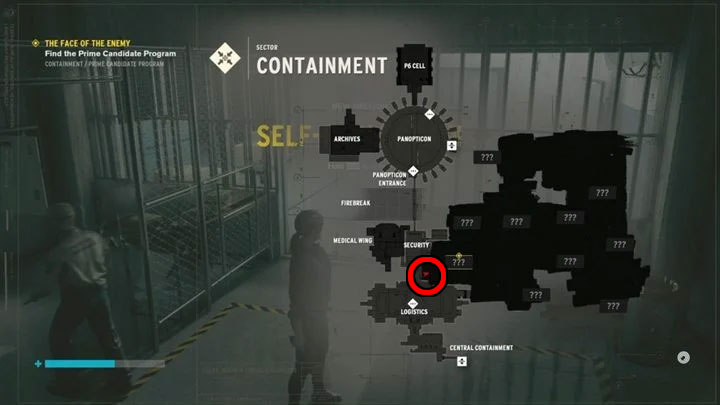 Where to find the boss?: During Self-reflection side quest. The earliest you can get this mission is during The Face of the Enemy main quest. Find a note in the Containment - its near the Security and Logistics. The location of the note is presented in the picture. You can also get back for it later in the game. 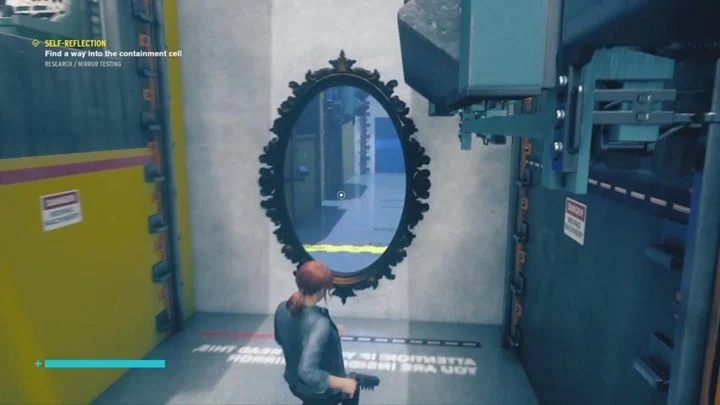 Our walkthrough for Self-Reflection missions has information on how to solve the puzzle blocking the access to the mirror presented in the picture. 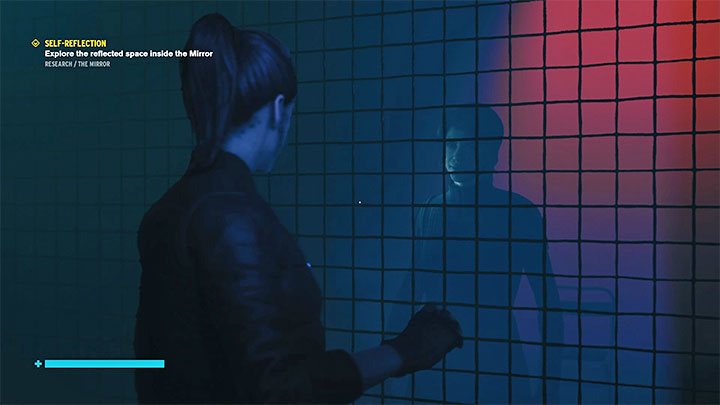 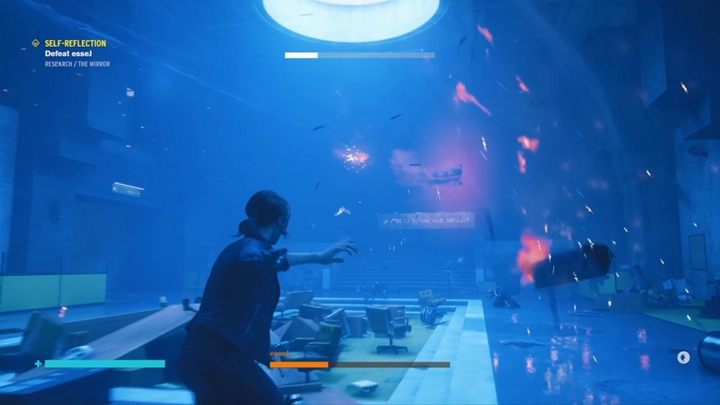 Description: esseJ's attacks are very similar to Jesse's. The fight is divided into several phases. esseJ starts the fight on the ground and she will shoot rockects at you - you can dodge them or try to catch with telekinesis and launch back.

The second phase is very similar to the first one, but the boss will start using telekinesis (either catch the objects mid-air or dodge) and the Shield (wait for esseJ to deactivate it). Try to deal her as many damage as you can in the least amount of time.

In the third phase, esseJ will start using levitation. Watch out for her rockets - remember that you can grab them mid-air and launch back (provided you have the right skill).

Attack esseJ with weapons and telekinesis. However, the boss is able to dodge objects launched at her. Remember to heal yourself with the energy dropped by esseJ. There aren't many covers in the room, so the best move would be to use the Shield and try to finish the duel as soon as possible - time can work against you, so it is worth risking a few attacks that could potentially take a lot of the boss's health.