Mold-1 is probably the most challenging boss in Control. Defeat the boss to get a trophy/achievement with the same name. Below you can find a strategy on how to find and eliminate this boss. 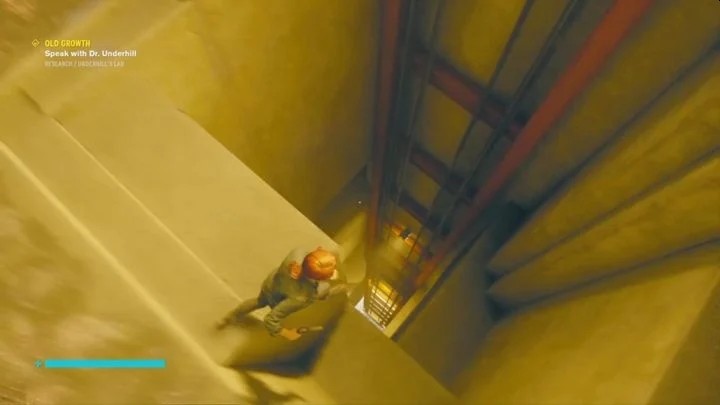 Where to find the boss?: The fight with Mold-1 is the last part of Old Growth side mission. Wait with doing this quest until you unlock levitation - this happens during My Brother's Keeper main mission. You should also unlock Shield - you get it by completing Good Defense side mission. This ability will help you avoid the boss's most powerful attacks.

Go to the Central Research in the Research. Explore the lowest floor of this location and find the elevator shaft presented in the picture. Jump down and use levitation at the last second to land safely. Don't jump into the elevator shaft if you don't have Levitate - you will die from fall damage. You can't call the elevator. 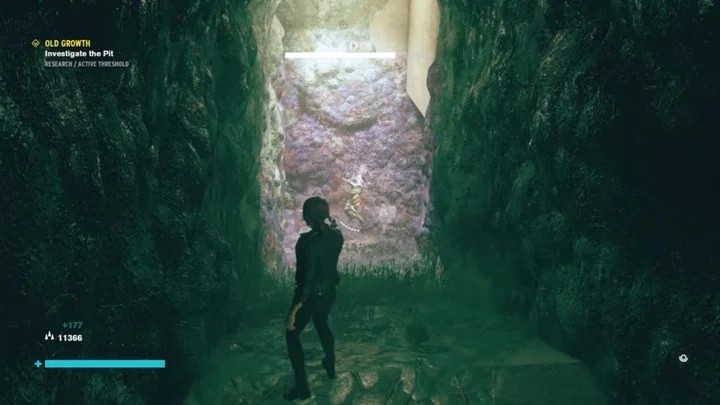 After reaching the bottom, talk to Dr. Underhill and start the mission. You can start the boss fight after bringing Dr. Underhill all Mold samples - more about that on the quest's walkthrough page.

The next objective is to reach the large pit with poison. Go to the place where you were looking for Mold and jump into the pit. Use levitation to land safely. Watch out for your health - the narrow corridors aren't the best place to fight the exploding mushrooms and other enemies. 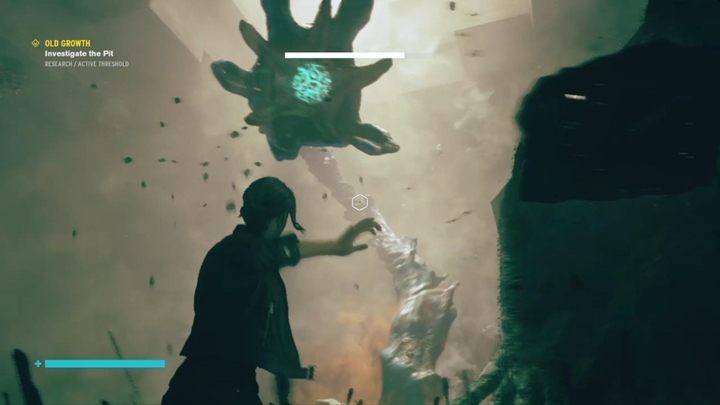 After going through the cave, you have to jump into another pit. Use levitation to land safely. You will reach the cause of the Mold in the Bureau. 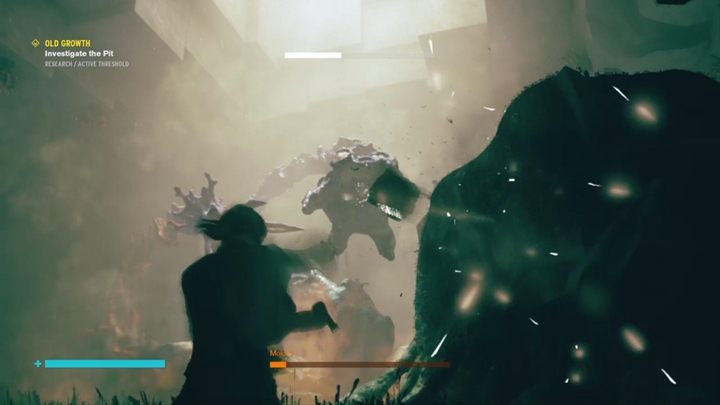 Description: This boss can be a real challenge. It can also kill Jesse in an instant, especially when your health bar isn't fully developed.

The arena has two floors. The bottom one seems safe, but it really isn't. Although it has rocks you can hide behind, you can still receive damage from the poison spread by the boss. Other things that can damage you are exploding mushrooms - don't get too close to them. When the bottom floor isn't safe anymore, use levitation to reach the upper level. 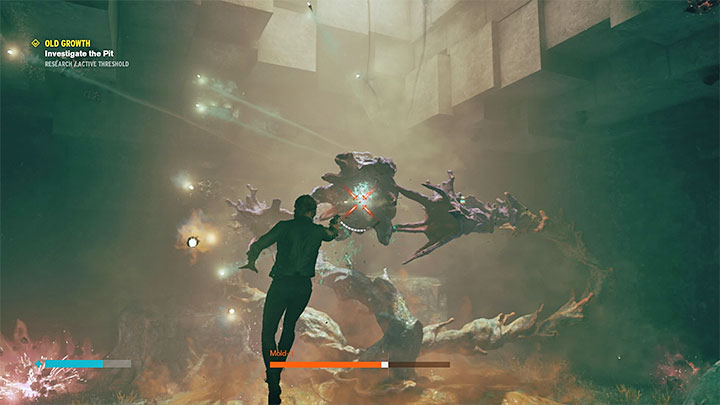 The second option is to stay on the upper ledges and use levitation. You get more space and are out of reach of, e.g. toxins, but this location makes Jesse more vulnerable to the boss's other attacks. Its two most important moves are:

Wait for "the flower" to open and attack it with your strongest weapons or telekinesis. Hitting this weak spot deals more damage. Keep dodging and attacking the Mold to finish the fight.