This page in our guide to Control contains the description of the fight with one of the bosses, the Former. Defeat the boss for the first time to get a trophy/achievement with the same name - Former. 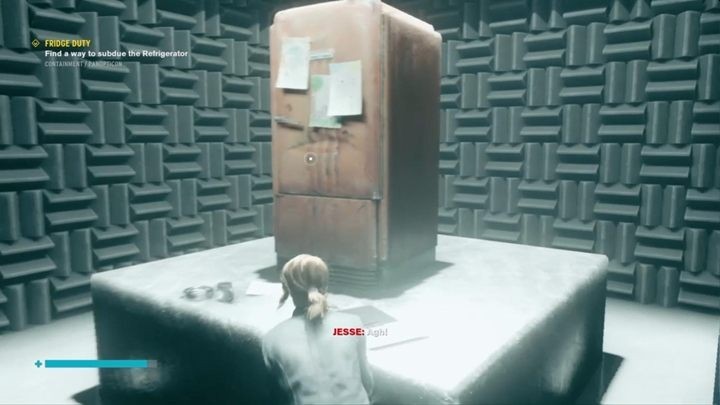 Where to find the boss?: During Fridge duty side mission and the second time at the end of Langston's Runaways mission. 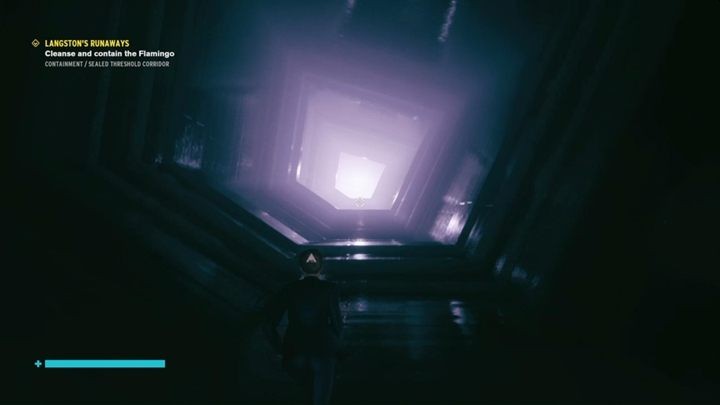 Description: You encounter the Former in two locations and both fights look similar. The first battle takes place during Fridge Duty side mission. You have to reach Panopticon's fourth floor in the Containment. Jesse must find the room with a fridge.

The second fight happens during Langston's Runaways side mission. Your objective is to find a flamingo in the Sealed Threshold Corridor in the Containment. When you approach the flamingo, the floor will start spinning - use levitation, jump and dodge to avoid the waves. Reach the item and interact with it to teleport to the astral world.

You have to wait with fighting the Former until you unlock Levitate skill. This happens during My Brother's Keeper main mission. 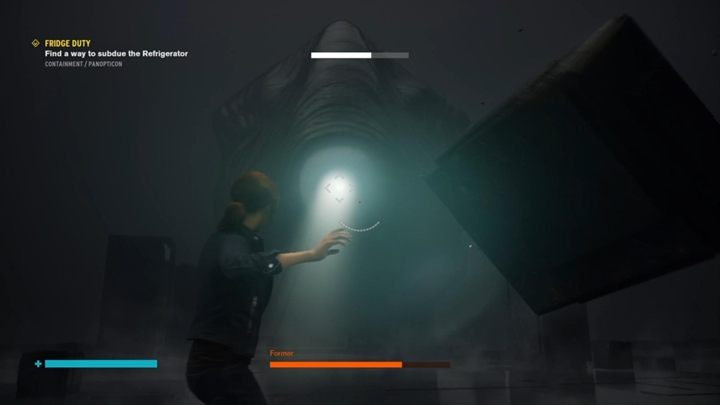 Description: The Former is a giant boss with a big eye at the top. Attack the boss using telekinesis - grab nearby objects and launch them at the boss's eye. When your energy bar is depleted, start shooting the eye with one of your weapons.

The boss will shoot energy orbs at you. You can deal with them in two - destroy the orbs (launch objects or shoot them) or grab and launch back towards the boss. You can also simply evade them. 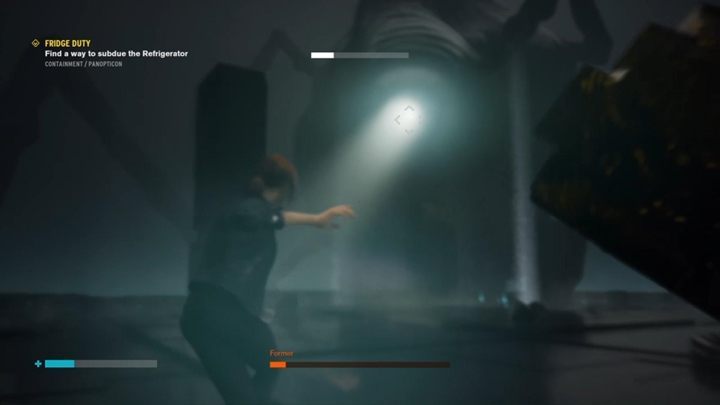 The boss will try to stomp you. These attacks deal massive damage and also leave a hole in the ground - if you fall into one of them, you lose automatically. Dodge or use levitation to avoid them.

Levitation is very useful here not only for dodging the attacks but also to go around the holes left by the Former's attacks. Staying on the ground throughout the entire fight means that you can fall into one of them. With levitation, you can plan where you want to land.

Be on the move and use everything you have to attack the boss's eye. Launching various objects at the Former's weak spot is especially useful.