This page in our guide to Control contains the description of the battle with one of the bosses - The Anchor. By defeating this large opponent, you get an achievement/trophy with the same name as the boss. 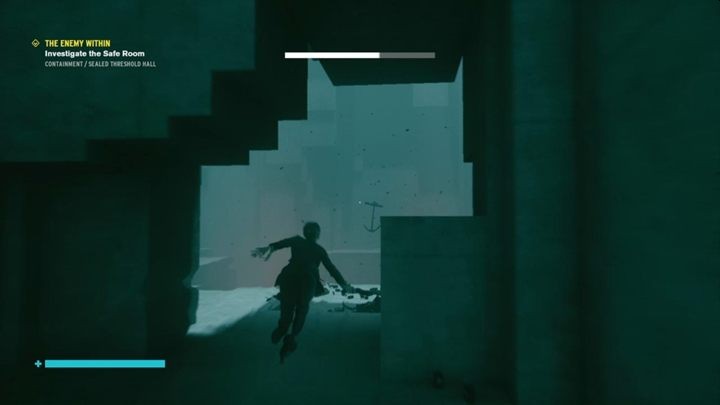 Where to find the boss?: During The Enemy Within side mission - you can unlock it by completing A Matter of Time side quest.

You have to reach Sealed Threshold Hall in the Containment. Fly to find the hideout and approach the anchor.

You have to wait with fighting The Anchor until you unlock Levitate skill. This happens during My Brother's Keeper main mission. 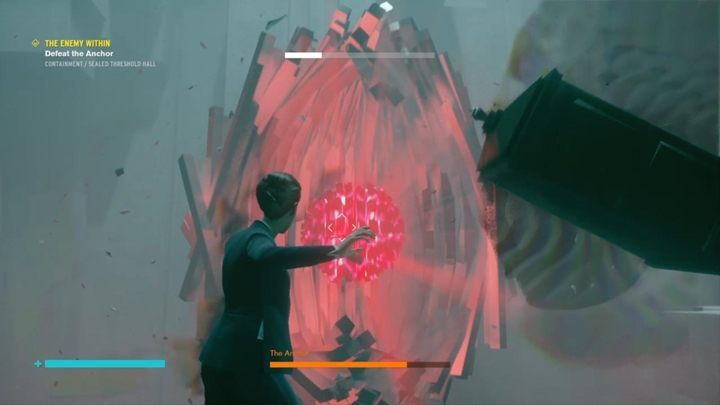 Description: The Anchor is a pretty interesting boss. It has only one attack - it spins around and spits out a lot of clocks.

Always start with telekinesis to grab one of the clocks. Wait for the boss to reveal its red insides. Quickly launch the clock at The Anchor. If the boss was hit in the right spot, it will lose a considerable amount of health.

You have to use Levitate to reach a different platform after every attack on the boss. Do that before The Anchor uses its main attack. 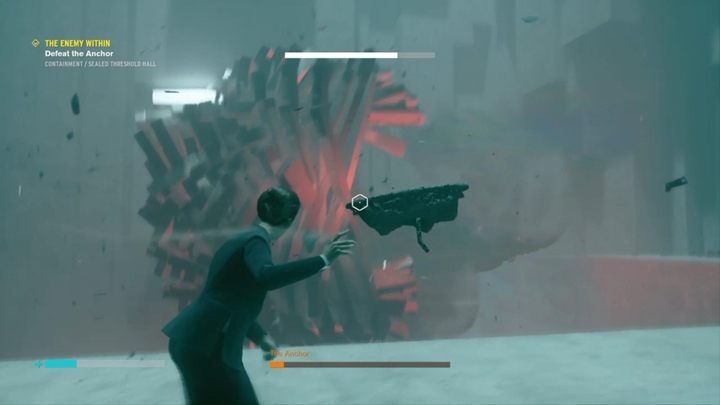 After two successful attacks, the boss will be joined by flying enemies. Focus on eliminating them quickly. Beware of exploding enemies, because they can take a lot of your health. You can either dodge them or activate Shield to reduce the damage received from exploding enemies. Don't ignore the boss when you are dealing with its minions - The Anchor can still attack you.

You can try to throw an object at the boss as it prepares to attack another platform. Aim at its open mouth, try to throw a clock at the red point. If you succeed, this will speed up the fight. Soon, the battle will be over.