On the next page of Control guide you will find a walkthrough of the task Threshold. You will learn, e.g. how to reach the Quarry, how to detonate the charges and how to escape from the Quarry.

The way to the Black Rock Processing 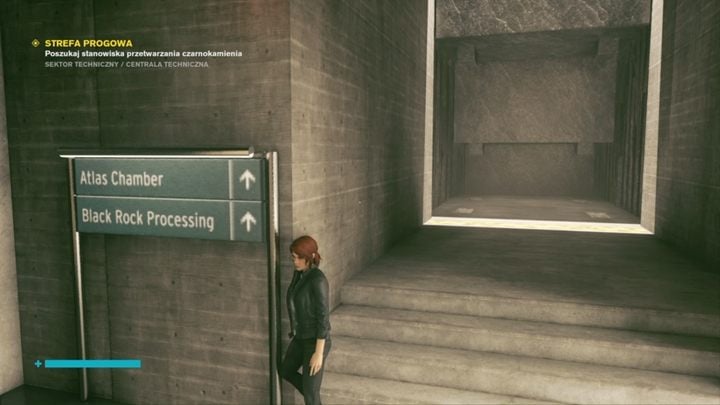 When you reach this point, go left and up the stairs.

Your first task - to get to the Black Rock Processing. To get there, first direct to the site Tech Center. Go to the premises leading to your goal and you will realize that the bridge has not been lowered. Go back a bit, go up the stairs and run into the room with the turbines. 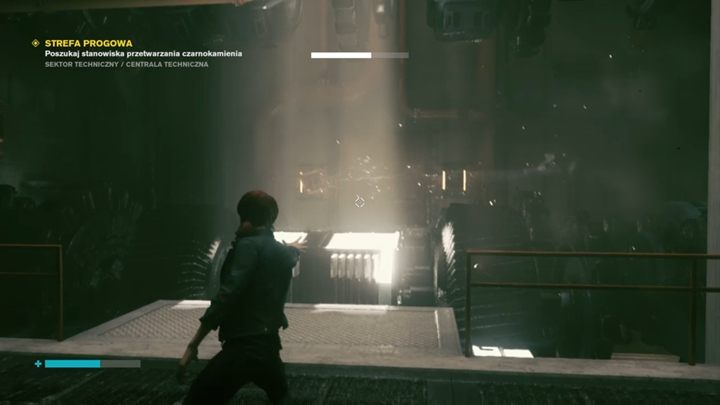 Go up to the top of the room - in case of problems, remove the batteries to stop the turbines. Eventually, you'll get to doors that require two boxes to be placed - do that, and then walk up to the familiart string. Pull it three times and you'll go to the motel. 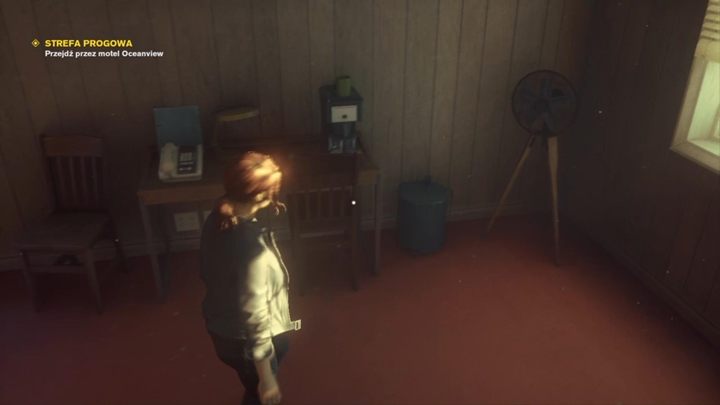 Again, you go to the Oceaniview Motel. Go to the reception and press the bell. Enter the first room that has been opened and remember the location of the objects. Note in particular that the chair, moved away from the table, the image hangs straight, radio, sitting to the right of the window, a bottle of flowers on the left side of the cabinet. Go back to reception and press the bell again. In the next room, you have to recreate the location of items from the next room. If you do it right, you will hear a distinctive sound.

The way to Atlas Chamber 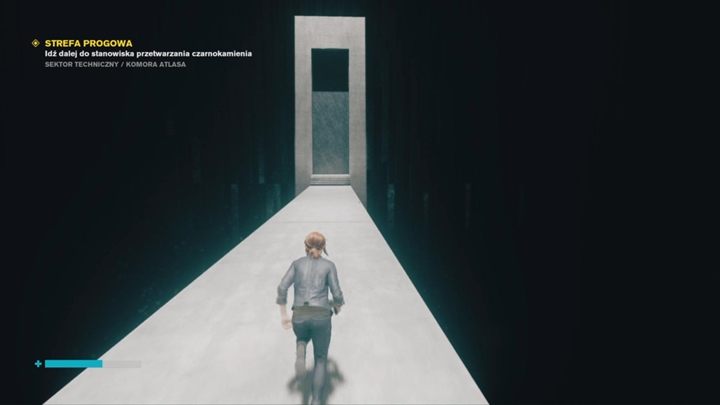 Go back to the reception again, press the bell and go to the third room. Take the key, go back to the beginning of the Motel and open the closed door. Pull the cord three times and you will go back to the real world. The bridge leading to the Black Rock Processing has been lowered, so you can go on. 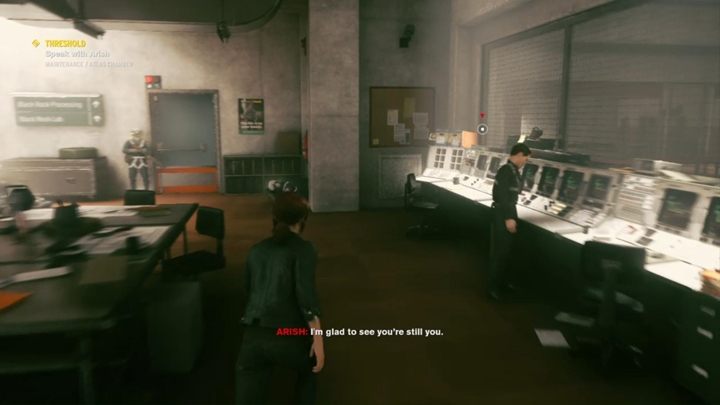 After a short walk, you will hear shots. Go towards them, and you'll get to the Atlas Chamber. Defeat the enemies, take the checkpoint and talk to Arish. You will learn that you need to obtain Black Rock Prism, which is only possible in a Quarry.

The road to the Quarries 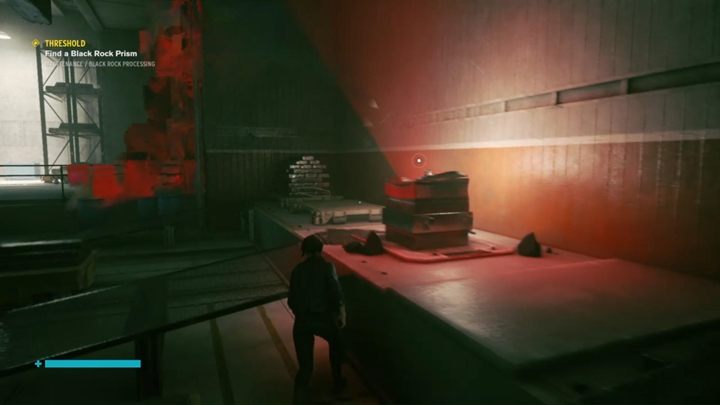 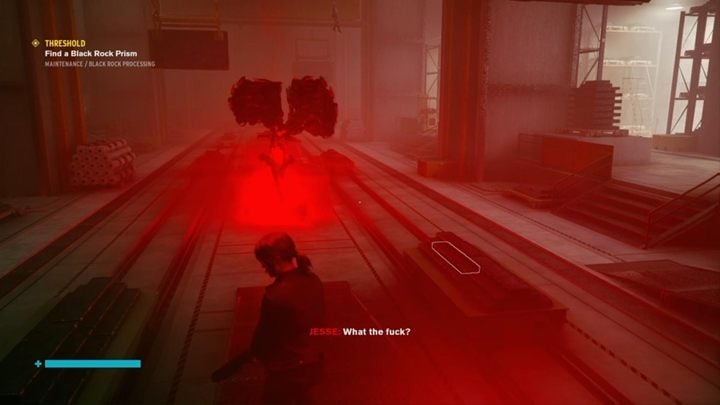 Quite a long way ahead, though. First, continue your journey to the Black Rock Processing, where a new monster roams. Go to the item obsessed with The Hiss. The aforementioned monster will appear - a new kind of enemy that has a slightly different attack strategy than the previous ones. The enemy disappears and appears next to the heroine, trying to deal damage with a very strong attack. It is better to wait for the enemy's attack, make a quick dodge and throw an item/shoot from a strong weapon. Several of these attacks, and the henchman of The Hiss will be eliminated. 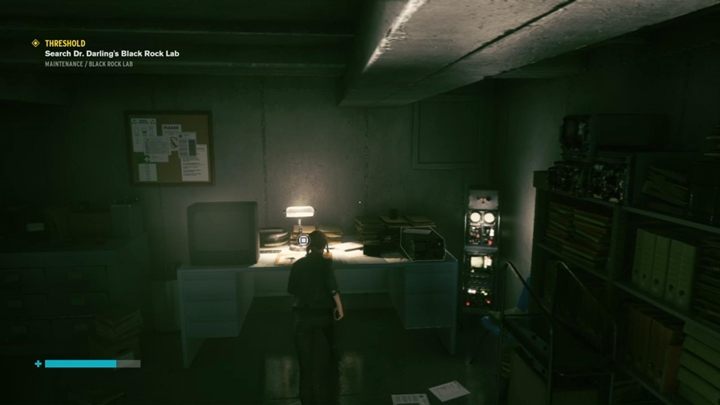 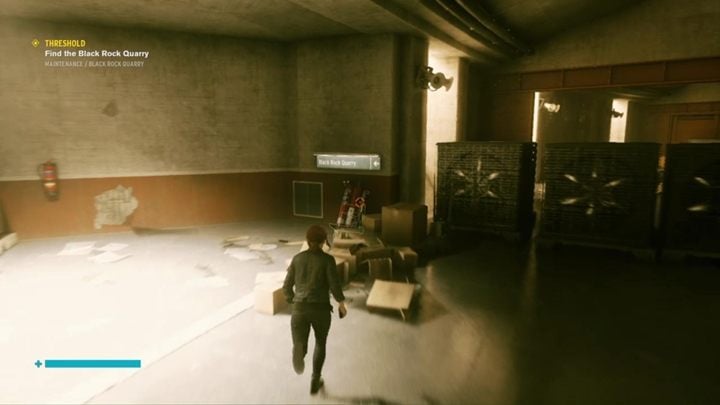 Keep going, and you'll get to the Black Rock Lab. On the table next to the TV, you will find access card 5. Use it to take the elevator up. Go through the woods and head to the door leading to the Blackrock Quarry. Along the way, take another checkpoint. Continue until you reach the next elevator leading this time to the excavation site. 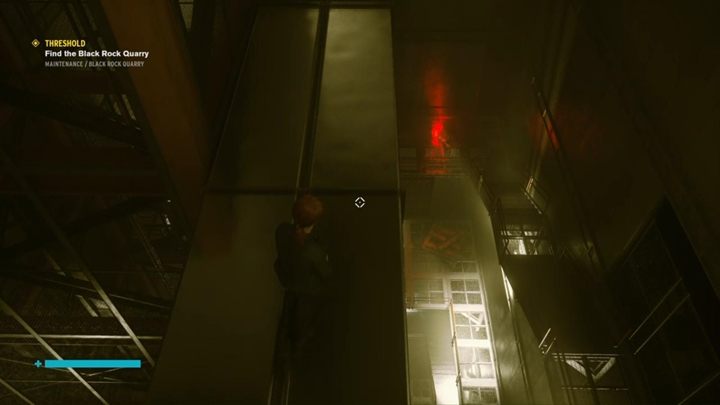 As it turns out, the elevator is disabled, and you need to go down on foot. You need to measure the jumps well, and get to a low enough point so that your character is not killed. Along the way, you will come across several exploding enemies, so be careful and try to knock them down the mountain.

Detonation of charges in the Quarry 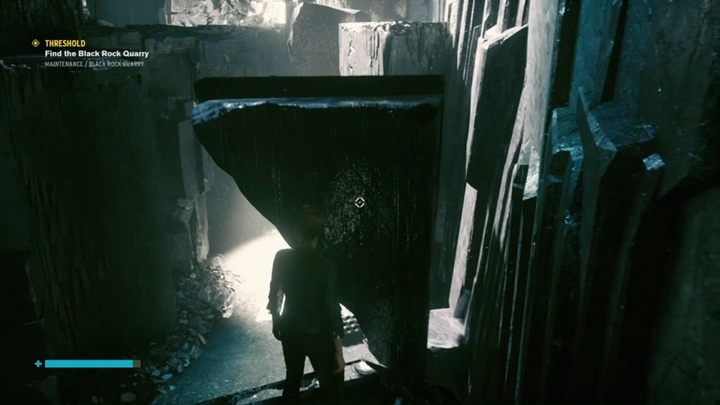 At the bottom, you will fight, and then get to a the checkpoint. Enter the tunnel and you will reach a Blackrock Quarry. Run forward and fight other enemies. To enter the main quarry, you need to climb on rocks and go on the shelves. Jump off the other side and move on. 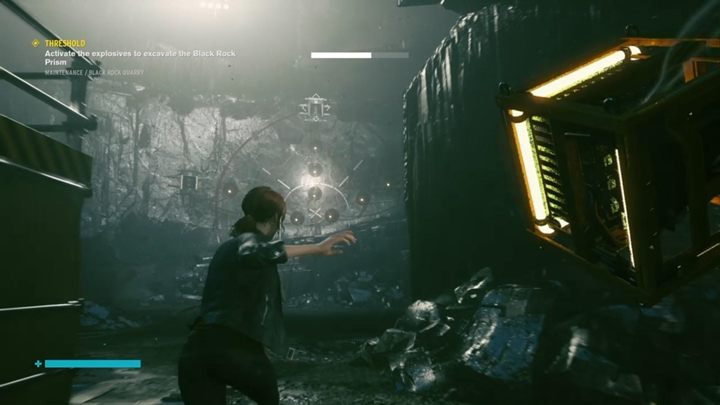 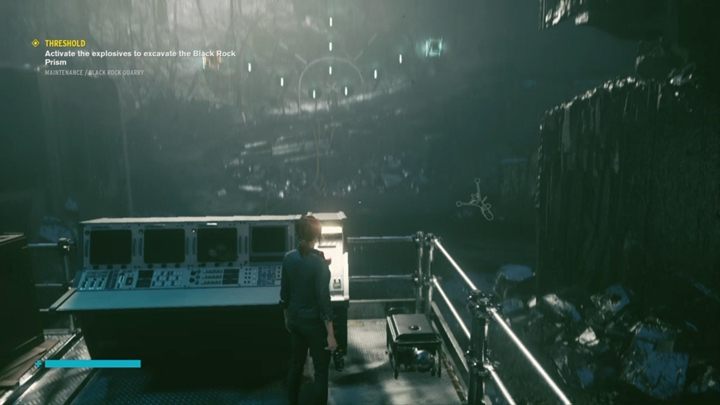 Now, your task is to detonate the explosives. We must first put some batteries in the rocks, not far from the explosives. It's not gonna be easy, as there's plenty of enemies. Having installed the boxes, press the button and the wall will be exploded. Lift the prism, and a few creatures will appear in the quarry, that will be devouring everything.

Escape from the Quarry and talk to Marshall 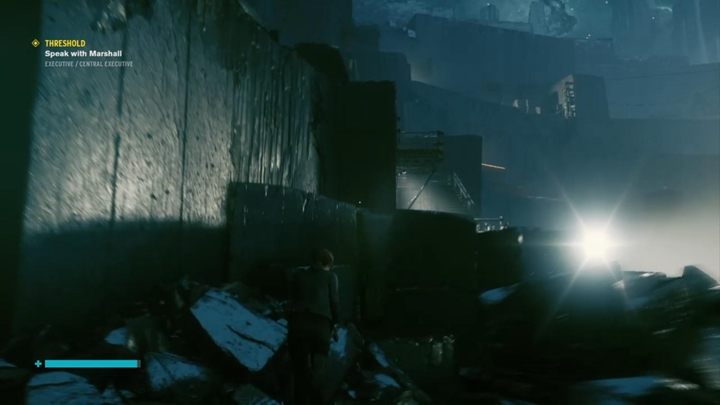 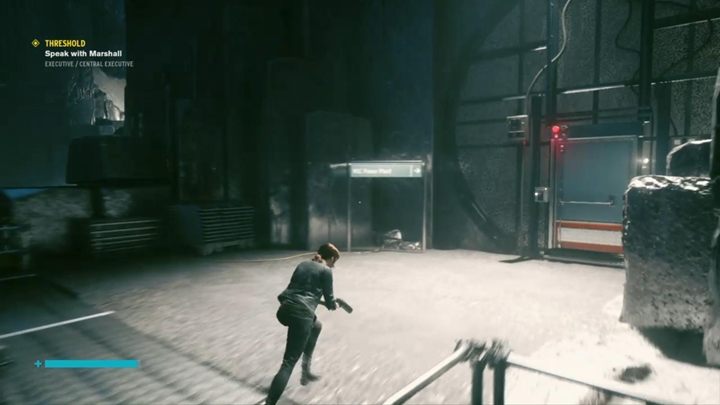 As you already know, you can't beat these enemies. You have to run - climb up, trying to leave the quarry. Run along the stairs and scaffoldings until you reach the closed door. If necessary, jump to avoid danger. 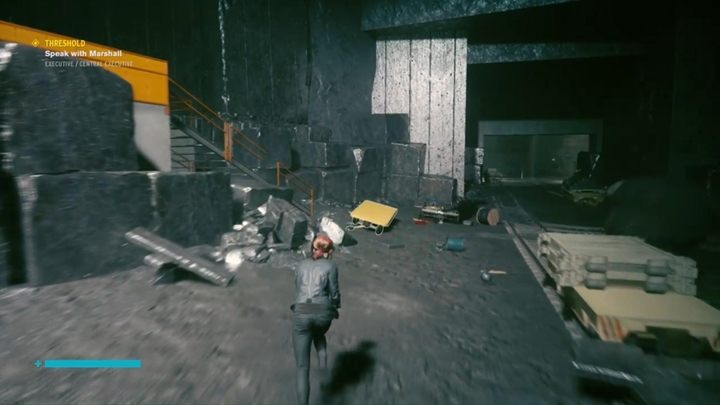 A little further, you will find a few more creatures that will block the passage-lure them a little deeper into the room, and then skip and run to the exit. Take advantage of the checkpoint and go to the Control Center, where you will find Marshall. Talk to the woman, and you finish the job - and automatically start the mission My brother's keeper.