This page of our Control guide contains a walkthrough for a side mission called The Enemy Within. You will learn, e.g. how to reach the room with levitating anchors, and defeat a boss - Anchor.

To start the mission: the quest starts automatically after completing A Matter of Time. 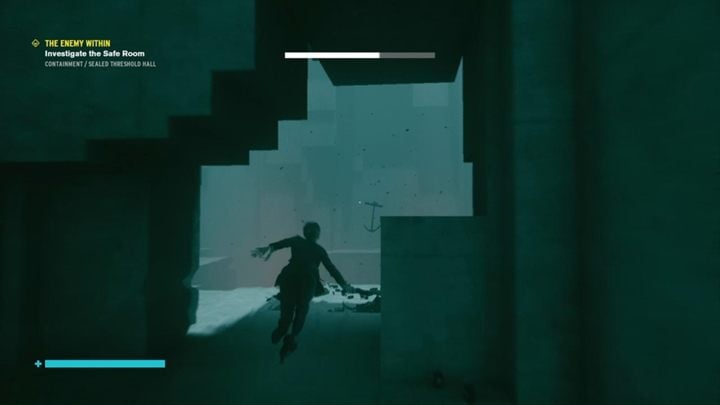 Walkthrough: Go to Sealed Threshold Corridor in the Containment, find the shelter, and continue fly to the levitating anchor.

Note - You have to wait with fighting The Anchor until you unlock Levitate skill. This happens during My Brother's Keeper main mission.

A monster will appear - Anchor, an overgrown ball build from various fragments. The enemy will circle around different platforms and spit waves of watches. Your task is to pick-up objects (preferably large, characteristic watches) and throw them at the monster when he opens his mouth. 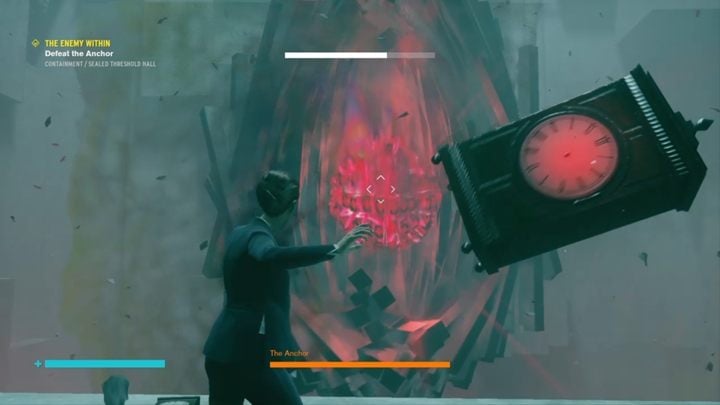 A successful throw takes a lot of health from the enemy, so in fact, you only need 4-5 shots. 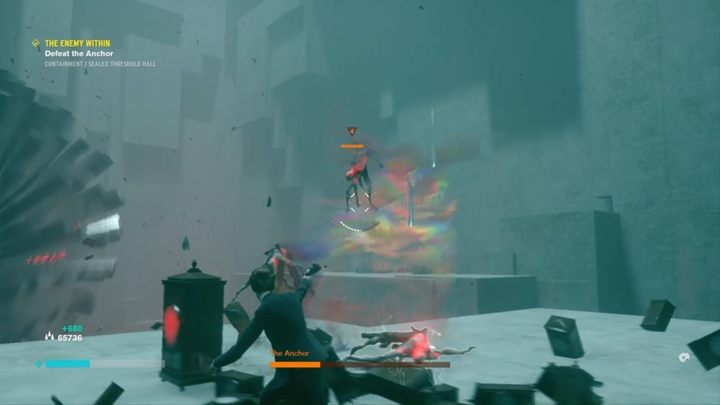 Smaller enemies will also appear during the clash. Focus on them so you don't get caught off guard by a surprise attack - use the fact that it takes the boss some time to prepare an attack, so you have enough time to go to a safe location and eliminate his allies. 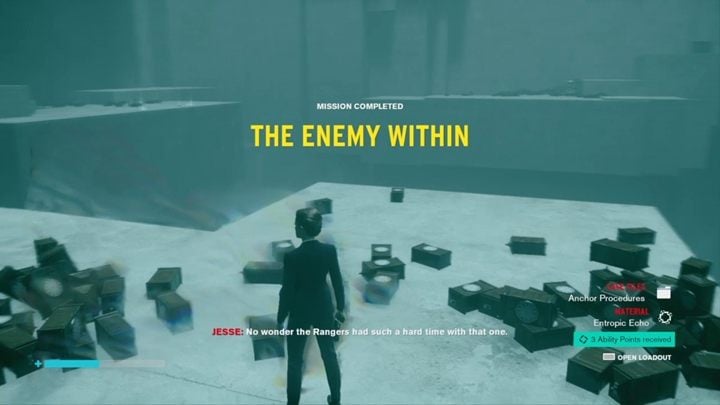 After winning the battle, go to the anchor and purify it. You'll complete the mission, and get, among others, 3 skill points.

A more detailed fight with The Anchor can be found in the Bosses chapter.