This chapter of the Control guide contains a walkthrough for a side mission called Self-Reflection. You will learn, e.g. how to solve the mirror puzzle and defeat esseJ boss. 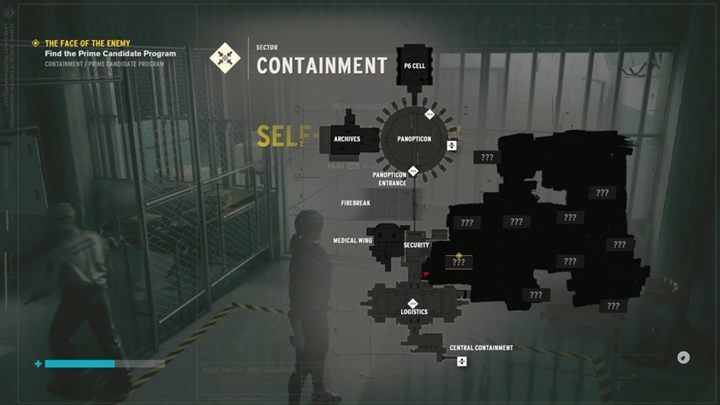 To start the quest, you need to pick-up a note located near Security and Logistics in the Containment - the location of the note is marked in the picture above. 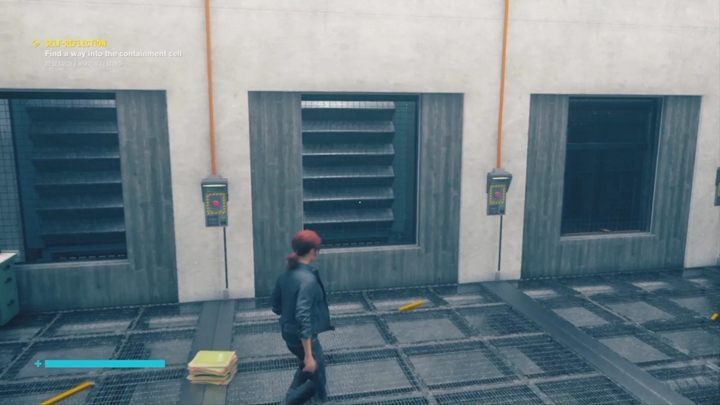 The left side of the chamber. From the left - the windows are as follows: open, open and closed. 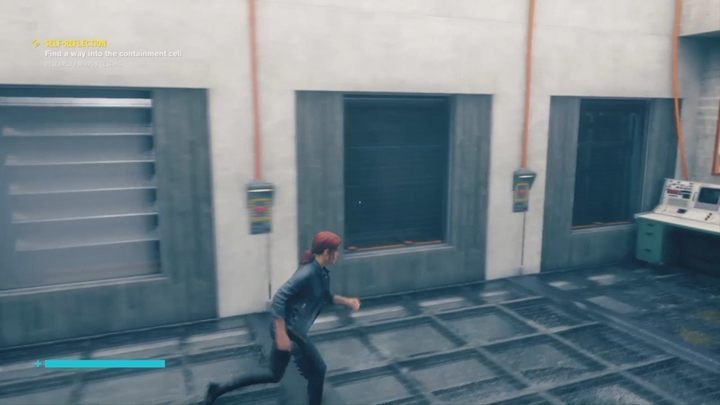 The right side of the chamber. From the right - the windows are as follows: closed, closed and open.

Walkthrough: you need to get to Sector: Research and travel from the Ritual Division to Mirror Testing lab. Inside, there is a puzzle waiting for you - you need to use the panel in order to decipher how to unlock windows on both sides of the chamber. 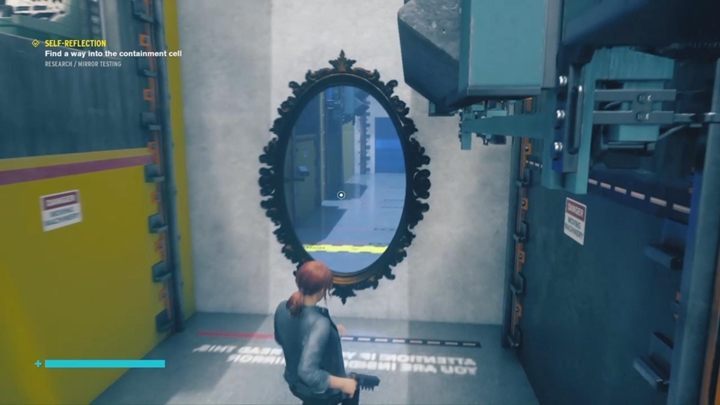 The screenshot above shows the correct order of windows/doors in the chamber. Set them the same as in the screenshot, and the door to the mirror will be unlocked. Use the mirror to enter the Astral Plane. 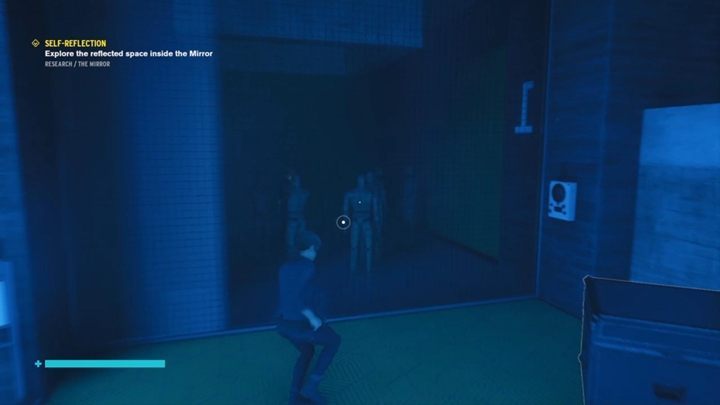 Procced to a few mirrors with found on the other side of the area. After the third time, you'll reflection will appear, beginning a esseJ boss encounter. 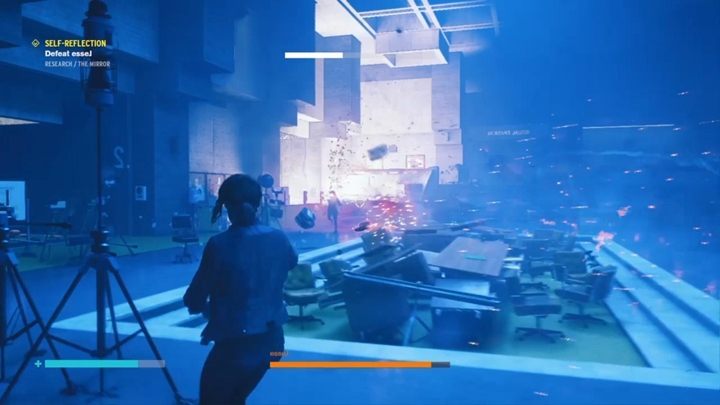 The encounter has a few phases. During the first phase, your clone will appear on the ground and fire missiles at you. Start running, catch missiles and throw them at your enemy. When the boss losses 1/3 of his health, they will begin to use telekinesis - watch out for his attacks. 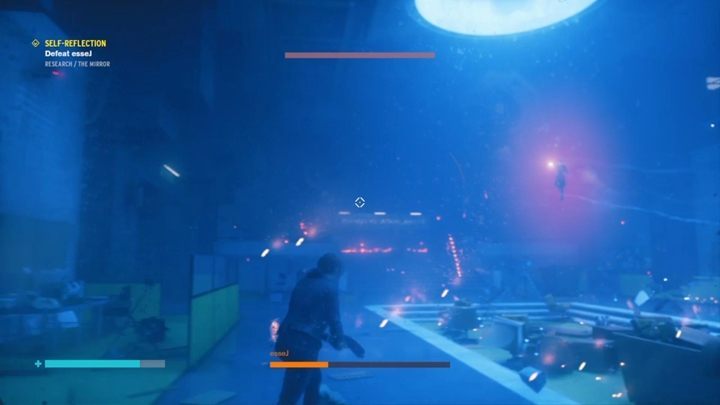 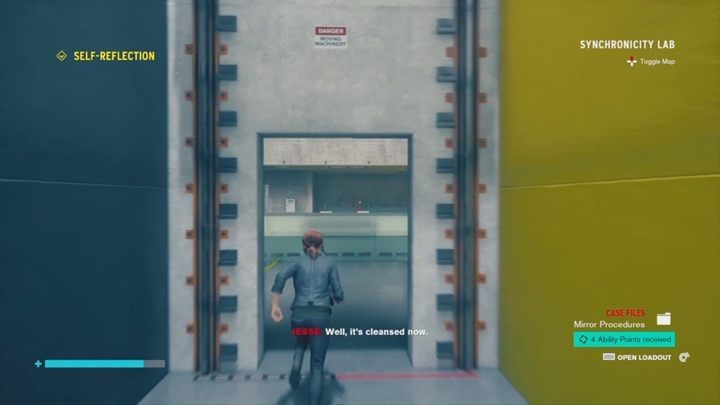 The final phase sees you fight esseJ in air. Focus on dodging and try to defeat the enemy as fast as possible using telekinesis. After the battle, purify the mirror and come back to normal plane to receive 4 skill points and a few additional bonuses.

The fight with esseJ is described in more detail in the Bosses chapter.