The next page of our Control guide describes the Old boy's club main story mission. Below you will find a detailed walkthrough of this mission. You will learn, e.g. how to trap the immortal beast in the Parapsychology, how to reach the Ritual Division and how to solve the terminals puzzle in the lab.

The way to the Central Research 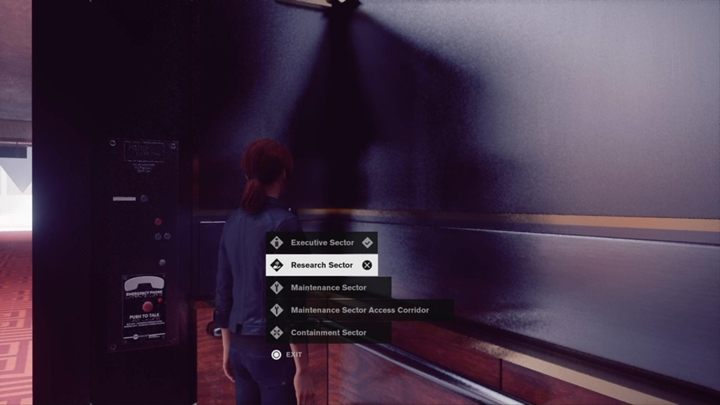 Before the task it is worth to complete A Merry Chase side mission to unlock the dodge, which will greatly facilitate your gameplay. When you are ready, go to the elevator in the Central Executive location, and then go to the Sector: Research. 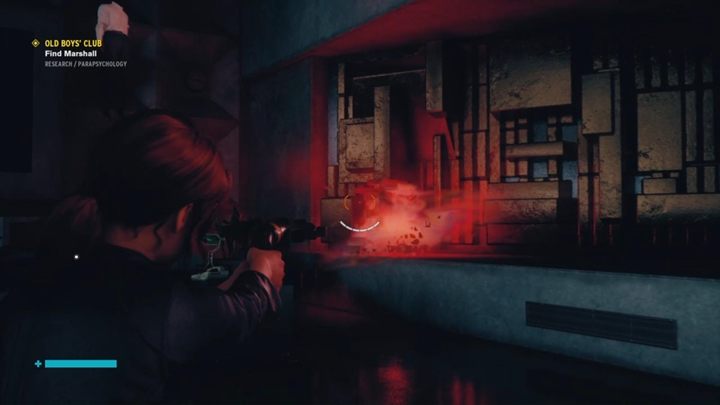 After a few steps you will find yourself in the Central Research, where you have to fight against a group of enemies. When you go downstairs, you will see that the further crossing is blocked by a red wall. To move on, you need to track down some of the surrounding red dots and shoot them down.

The mystery of the Parapsychology beast 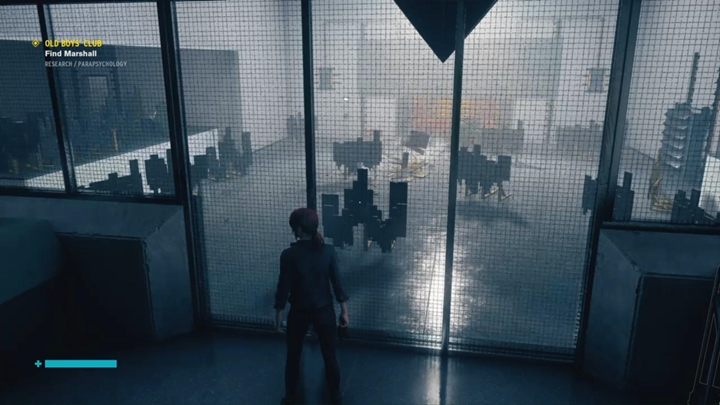 After unlocking the passage, take the corridor leading to the Parapsychology room, then turn and head to the Parakinesiology section. Where you will defeat your enemies and take another control point. After a short walk, you will come across a creature known to you, made of matter, which is kept in a special room. Unfortunately, a beast stands in your way. 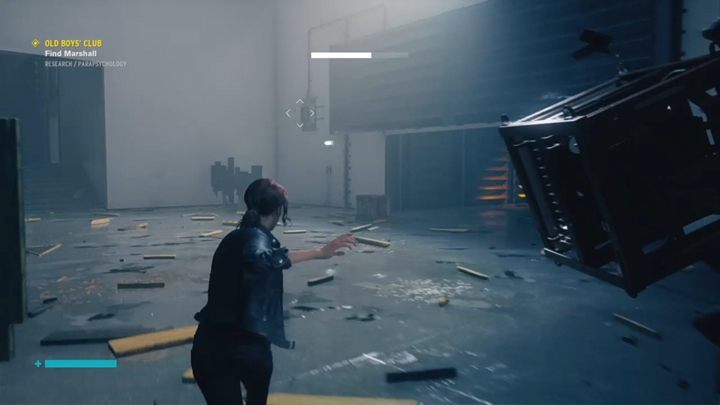 Start by opening the passage on the right. Move on with it until you reach the area with the beast. Lift the battery and throw it into a suitable recess, quickly lift the second crate and also place it in the proper hole. Watch out for the beast - if necessary, avoid it and try to keep a safe distance. 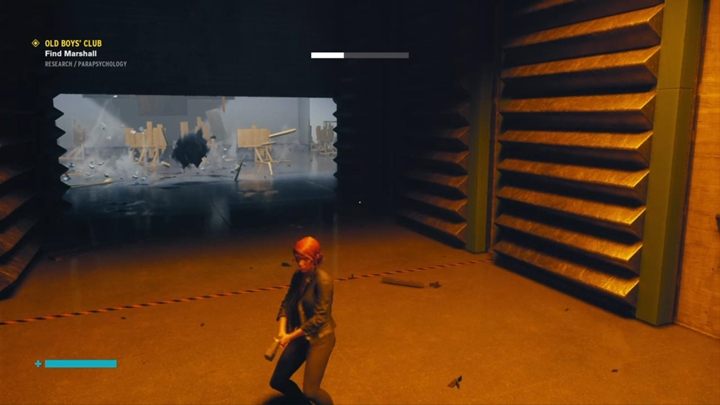 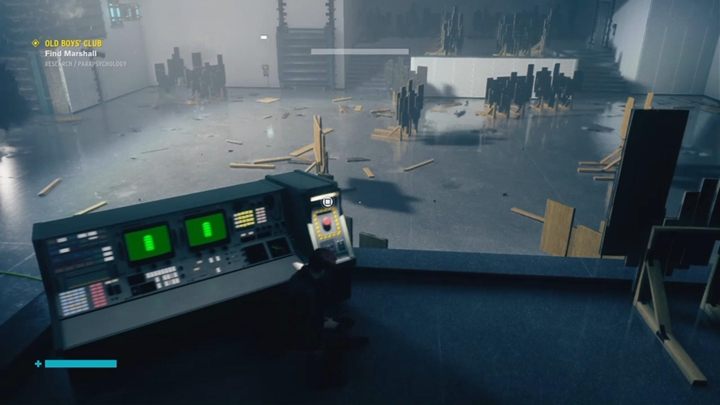 Enter the tunnel, open the door and wait for the beast to come near you. Quickly move through the door and run to the control panel. Press the button and you will lock the monster in the passage and make your way.

A conversation with Marshall and the Ritual Division 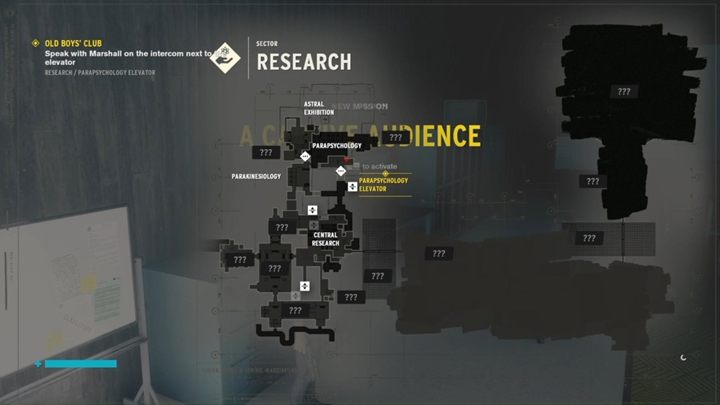 Go through the doors of the tunnel and you'll reach the Parapsychology. Defeat enemies possessed by hiss and take over the control point. Nearby you will find a side quest called A Captive Audience, which is worth completing to master the ability of crowd control. 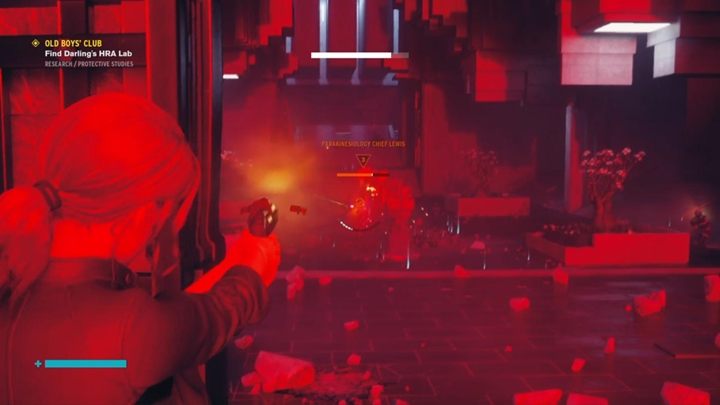 Now, come up to the speaker next to the elevator and talk to Marshall. After a cutscene, destroy your enemies and take the elevator upstairs. Take over the checkpoint and go to the Luck and Probability section where you will find Marshall. Go through the opened door and head for the Rituals Division, where some enemies are awaiting for you. If you try to take over the control point, an additional group of enemies will appear. Once you've defeated everyone, take over the area and it'll return to normal.

The puzzle of the terminals in the HRA Lab 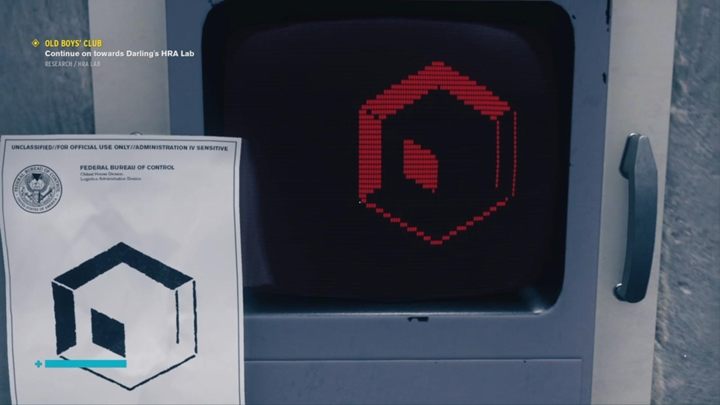 Run to the next marker on the map, passing through Protective Studies. On the door that leads further way you will see a card with a symbol. You must recreate the pattern using the option to draw lines and shapes. You will reach the HRA Laboratory - come up to the panel and Marshall will show up. 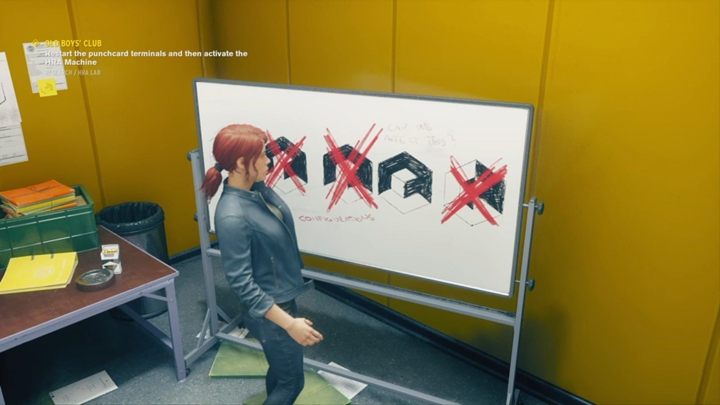 Your task now is to restart the terminals and activate the HRA machine. First, you have to pick up five sheets of paper scattered around the lab. Now, you have to put the cards in the appropriate terminals - each of the devices is signed on the side. To solve the puzzle, you have to decipher the patterns and hints from the boards. 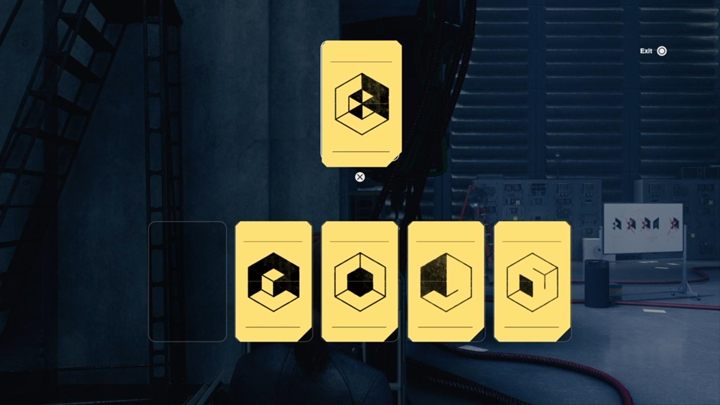 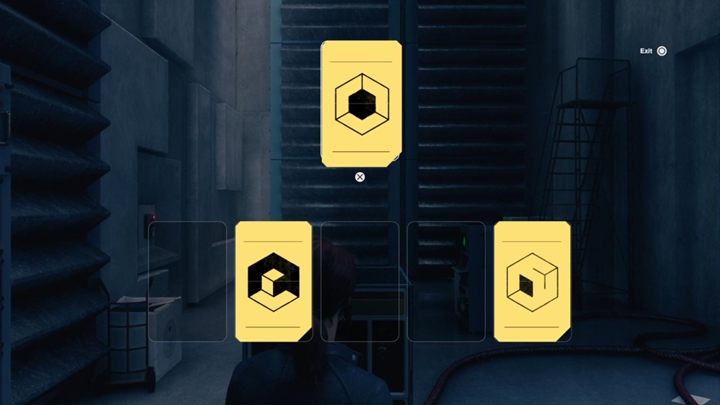 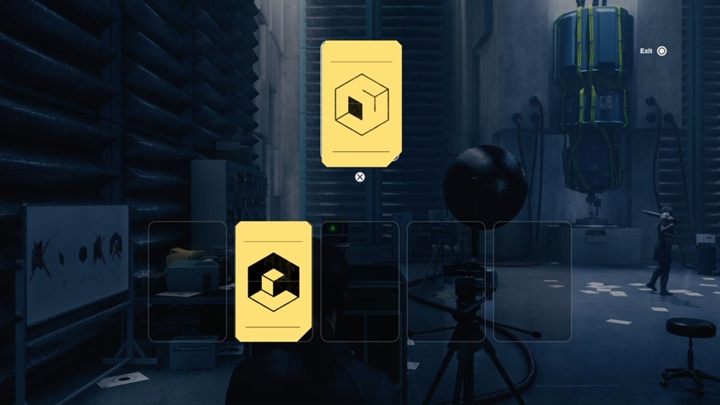 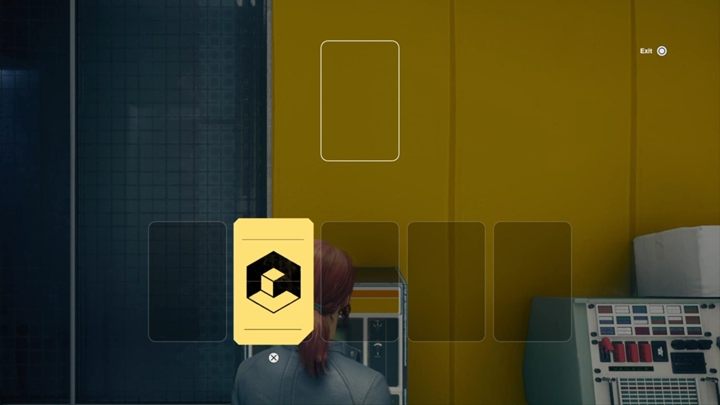 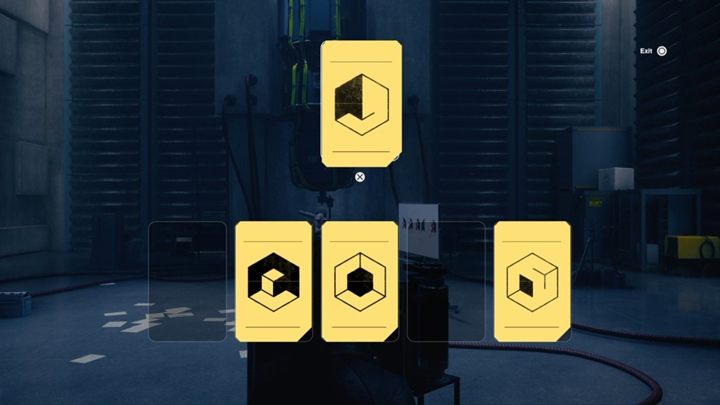 Once you have put all the cards in correct place, go to the machine and launch it. Talk to Marshall. You will complete your missions and start the next task - the Threshold Zone.