The following page of Control guide contains a walkthrough for. Directorial Override, the next mission of the main story in the game developed by the Remedy company. You will learn, e.g. what to do in the power plant and how to reach the control room.

Search for Ahti, the janitor 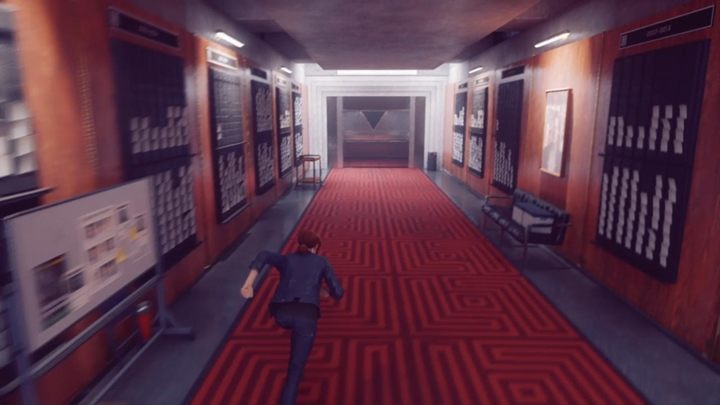 You need to get into the Sector: Maintenance section. To get there, go to the elevator near the Director's Office and get to the new area. 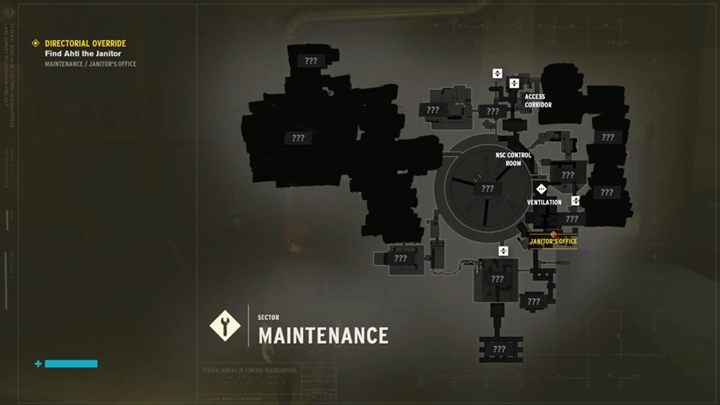 When you get to the top, jump down and run straight ahead. In the Ventilation room, you'll have a fight with hiss - after all, take over the control point. Your task is to reach the Janitor's Office - in case of trouble, use the map and pay attention to the boards that will show you the right direction. 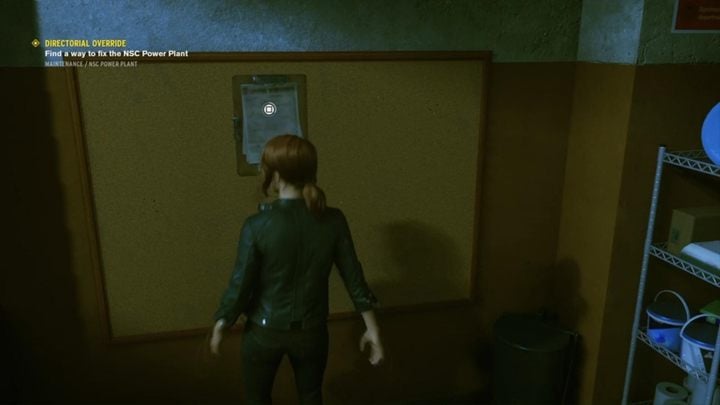 In the office, talk to the janitor and then take the side task from the board - What a mess: burn the trash. Side quests have been described in separate chapters of our guide. Then use the doors requiring access level 2 and go through the door on the right. Head for the NSC Power Plant.

The NSC Power Plant and conversation with Arish 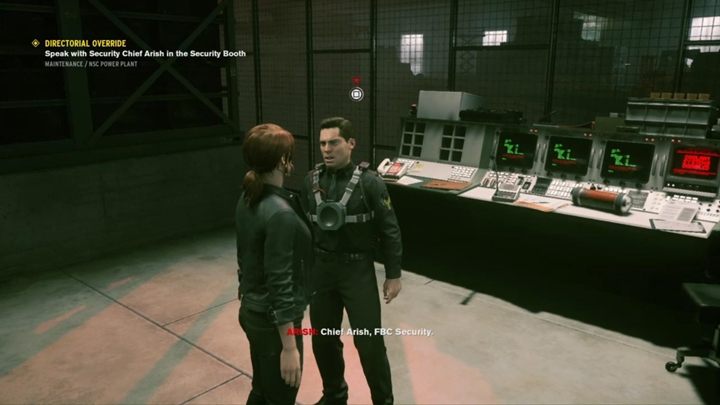 Get down with the elevator and on the table you will find another side task - A Merry Chase. Go out the door, take over the nearest control point and talk to the head of security, Arish. You will get two minor tasks - you have to repair converters and pipes on site of the power plant. The order in which the tasks are performed is arbitrary. 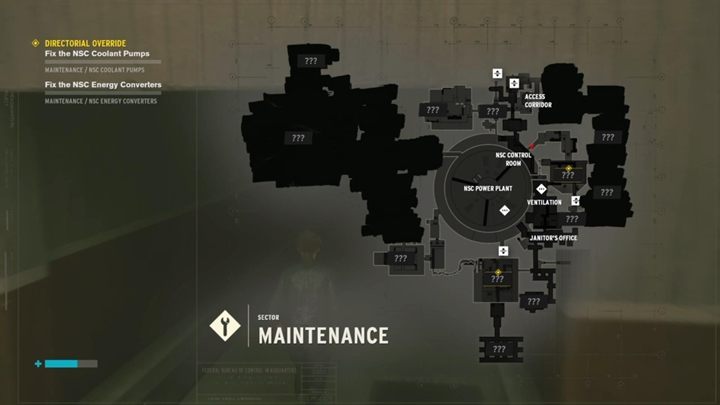 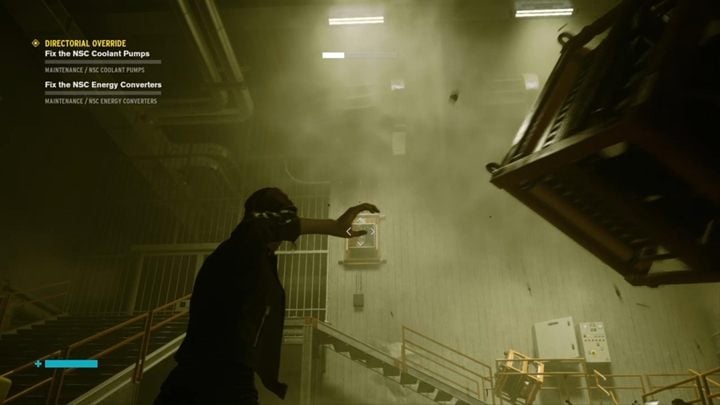 Go to the NSC Energy Converter Room, defeat your enemies and take over the control point. Then lift the flashing box and place it in the recess next to the door. Continue your way forward and eliminate a large group of enemies in the next room. 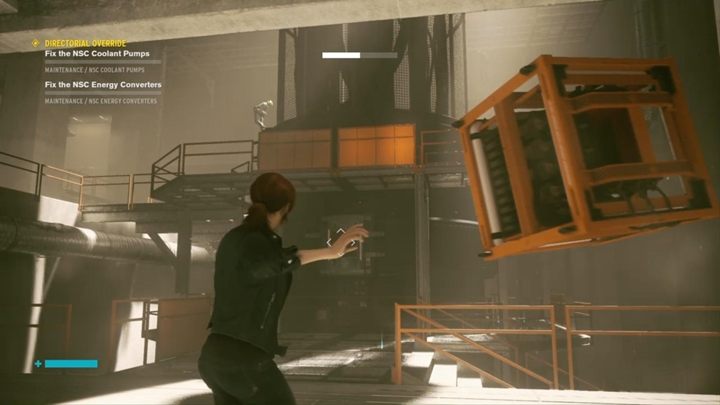 At the end of the room you'll see a large converter that needs to be repaired. The procedure itself is simple - you need to re-trace the crates and put them in a hole to charge the device. Climb the top of barrels and crates and repeat the procedure several times. You can now leave this area and go to the NSC Coolant Pumps. 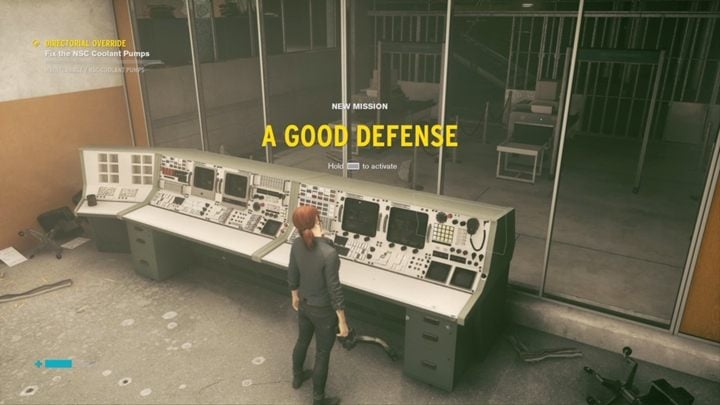 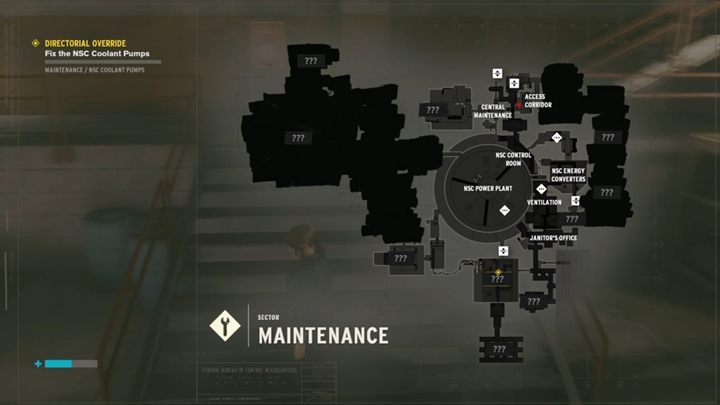 During a break from completing the main mission of the story, it is worthwhile to go to the Access Corridor room, where you can find A Good Defense side task. You have to run a section in the location called Field Training, and as a reward you will unlock the Shield ability, which is extremely useful in the game. It is worth to bother and unlock it as soon as possible. 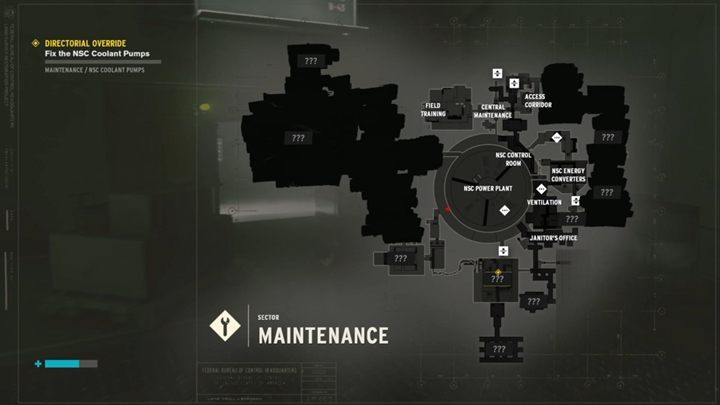 But let's return to the main task - run to the next crossing of the outgoing NSC Power Plant, defeat enemies and take over another control point. Go another way into the ground, straight to the NSC Coolant Pumps. 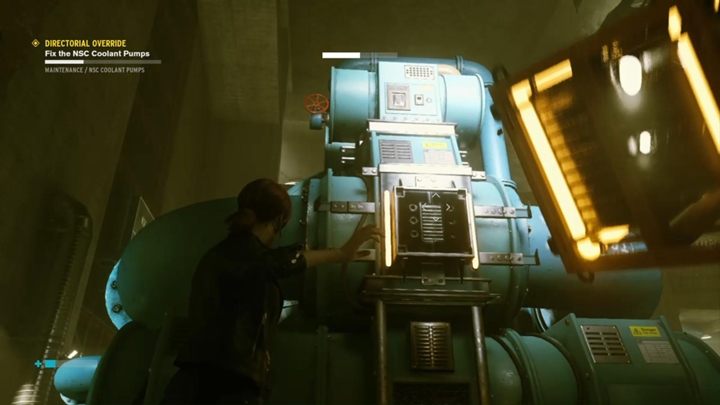 First, locate the points where the battery needs to be thrown in. Enemies will make it harder for you, so get ready to fight. 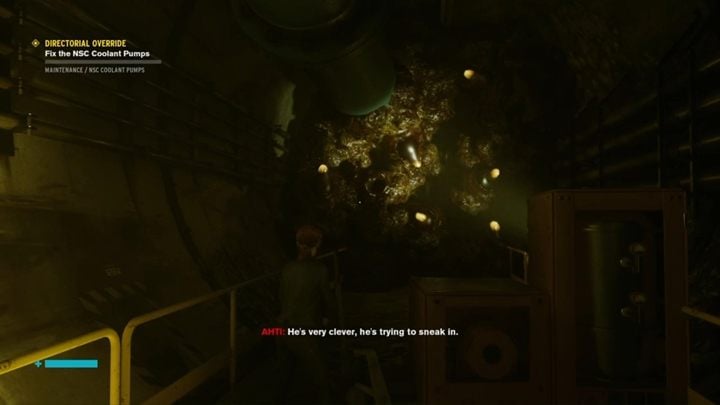 It will turn out that the pipes are clogged by a... Clog, which took the form of a living organism. Shoot the protruding heads of creatures and you will unlock the passageway. Go through the pipes, watch out for mold spurting out and destroy a few more clusters of creatures - the pumps will work again. 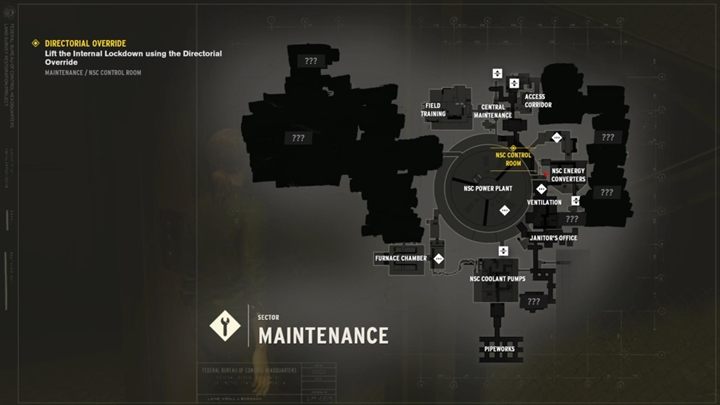 The path to the NSC Control Room 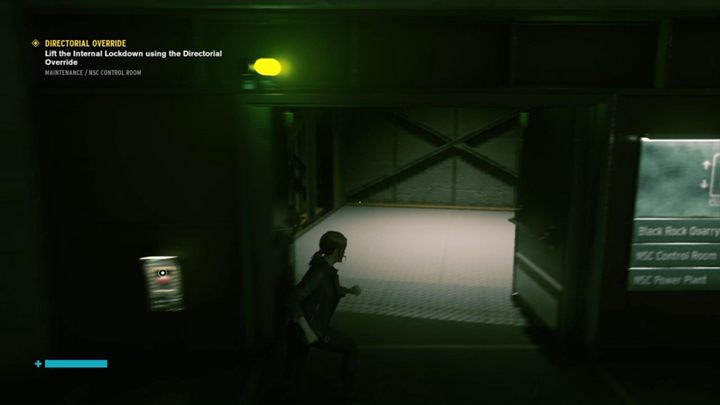 Return to the main room and you'll come across a lot of enemies. Defeat them, go to the control point and head to the NSC Power Plant. From here you have to go to the elevator (it is not very visible, look at the map above to see its exact location) and move to the second floor. 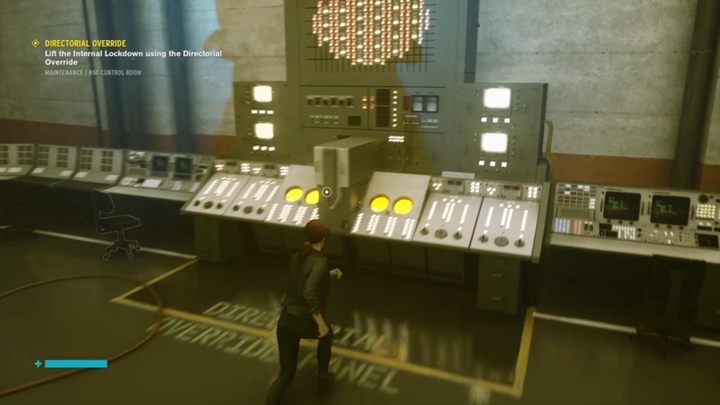 You'll reach the NSC Control Room, where you have to fight your enemies. After that, tave over another control point. Now approach the panel and activate it with your weapon. Go back to Emily and talk to her, and you'll automatically start the next main story quest - Old boy's club.