You will reach a single building, with some ammo boxes nearby, and the last British anti-tank gun behind it. This time sneak up with both teams to the walls behind the house, while picking up the ammo on their way. After getting to the walls, order them to open fire and throw explosives - especially in the direction of the gun. Shoot the remaining enemies and enjoy your new order. Afterwards head towards the field and hide behind the haystacks. 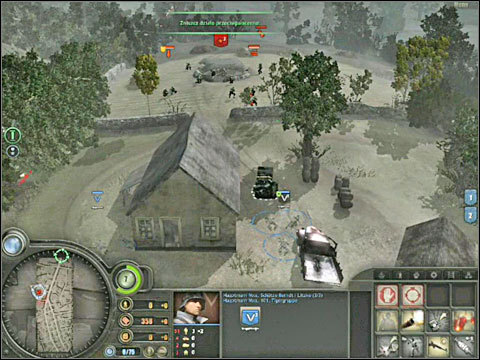 Remember that you can eliminate the enemy machinegun or mortar posts by throwing explosives at them, from behind a cover. 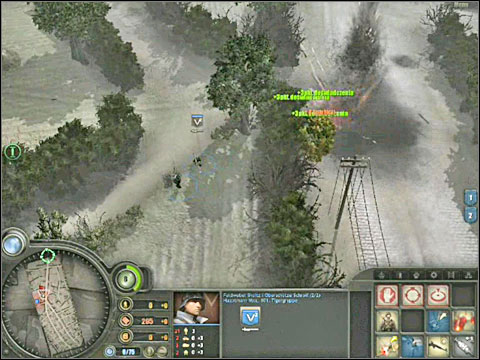 On the next field you will bump into a machinegun and mortar posts. Use one team and jump over the wooden fence surrounding the field and throw an explosive at the machinegun. Afterwards take care of the mortar. The second team should destroy the jeep patrolling the nearby road. Once you're done here, continue north. 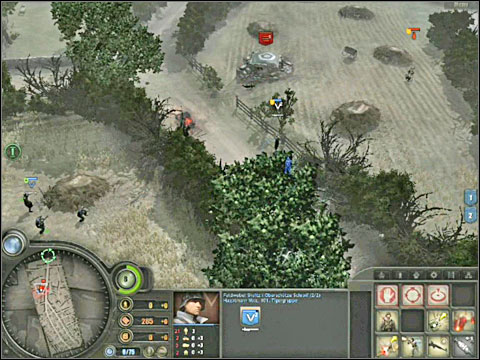 You will reach another field. On the right, behind the main road, the British have placed another mortar - destroy it with one of your teams, pick up the ammo and afterwards use the same team to jump over the nearby wall and throw an explosive at the machinegun on the crossroad. 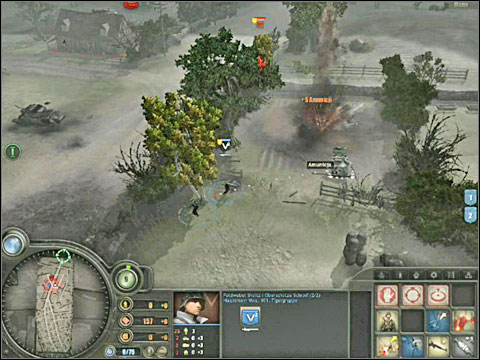 The second team should cross the field in the direction of a single building. While hiding behind a haystack or a wooden fence, throw another explosive at the building, eliminating the enemies hiding inside. Wait a moment and use the same tactic to deal with the machinegun behind the house. If the first team couldn't deal with the machinegun on the crossroad, you can now use the second one, flank it and finally destroying it. Start shooting the British troops across the road and shoot the oncoming groups of enemies. The first team should now get back near the house, quickly running through the field. Remember: if one of the teams will be overwhelmed, search for a safe spot for it in the first place, eliminate the threat with the second unit and only then cure the wounded in the first group. 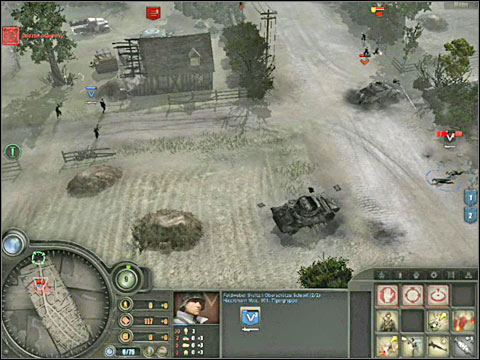 Head north with both teams, while staying on the left side of the main road. You will bump into a mortar on your way - quickly eliminate the crew. Use the camouflage on both teams and order them to crawl to the walls along the side and main road. Once your troops find themselves a suitable position, order them to open fire to the enemies in the area, including another Stuart patrolling the area - destroy it with a panzerfaust. Use explosives to kill the other enemies within reach. However after a while you will learn that the exit is blocked by more British troops and getting through is impossible. 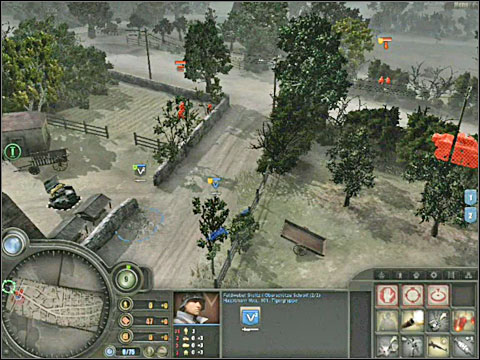 In order to get out of Villers-Bocage you have to go west, to leave the map using a side road. Place one team in the nearby building and get behind the wall near the house with the other one. Kill all the enemies on the fields or just treat them with another artillery strike, which one of your soldiers will suggest. In order to finish the mission, run to the exit showed by a green circle on the map and an arrow of the same colour on the screen.