Team Able was dropped in the wrong place once again. You have to command these guys and join the Baker team, their position is showed by the green arrow on the screen and with a circle of the same colour on the map. Move in the direction showed by the arrow and get to the first cover - a wrecked truck. From there, shoot the German vehicle that will show up and some soldiers a little bit further. You can use direct fire (as the game suggests) by choosing the right option in the commands panel. The Germans will start to retreat after a while - follow them and destroy the trucks they have left while you're at it. 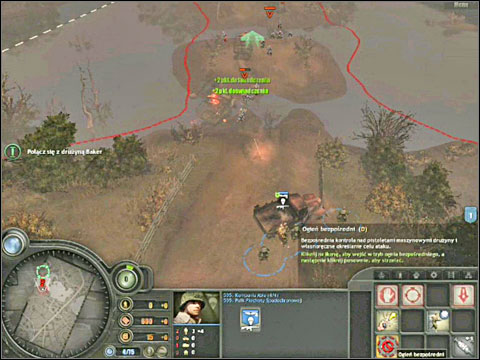 As you approach the place where the Baker team is supposed to be, the Able team will be caught in machinegun fire. Fortunately the guys from Baker are near - you will be able to control them. Run to the machinegun and open barrage fire (icon in the command panel) and throw a grenade at it. After a while both teams will join. 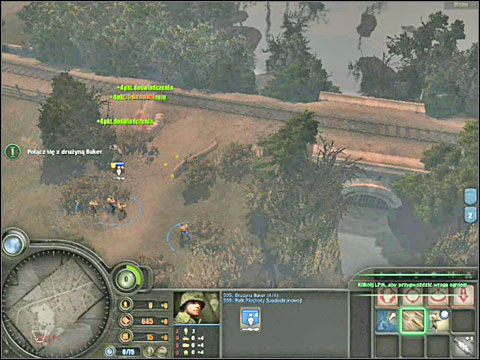 It's time to deal with the next task - clear La Fiere mansion. From now on you should remember that the Able and Baker teams must survive - you can lose one, or even several members of each, but don't let any of the teams be wiped out completely. Move both teams left, in the direction of the mansion. 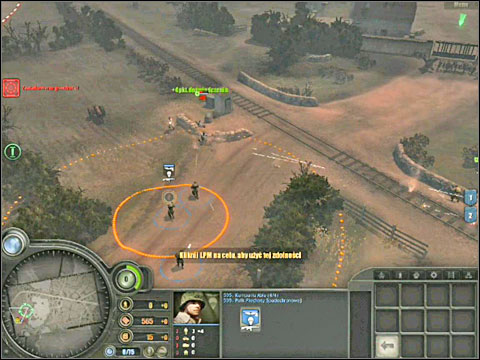 Quickly hide one team behind the wall in front of the mansion and open barrage fire in the direction of the machinegun. At the same time, using the second team, approach it from the left side and throw a grenade before the Germans can move the gun. After throwing the grenade, run behind the next wall, right after the crossroad. 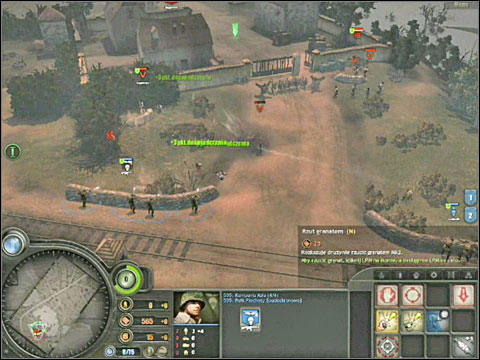 The wall will provide cover from enemy fire. Kill everyone standing in front of the gate, throwing grenades and explosives at those close enough. When you take care of them, the Germans near the wall will leave their positions and run to the mansion, hiding in the buildings. 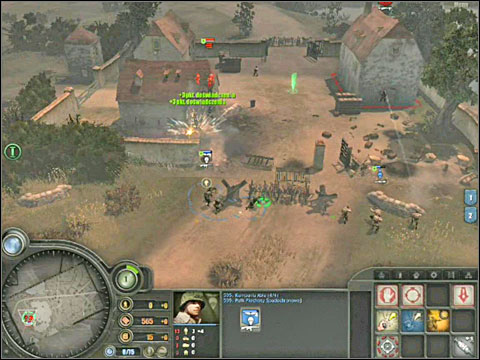 Chase them, moving both teams to the wall surrounding the mansion - hide one team behind the sand bags on the right and the second one behind the entanglements blocking the road. You can get rid of the Germans in the house on the left by getting to the wall with one of the teams and throwing an explosive there. Afterwards move this team to the mansion's courtyard (while the second team uses barrage fire on the building on the right), to the building at which you were throwing explosives a moment ago. Run around it and throw a grenade at the machinegun post behind the house. You can hide your team inside the house and command them to open fire at the next building, while the second team throws explosives at it. Pick up the weapons that the Germans left and check the white circles on the courtyard. After a while the Germans on the west, near the bridge, will start to shoot at the courtyard using a mortar. I would suggest you retreat both teams to the road.