The following guide for Chernobylite contains a full walkthrough for Farm 51's latest game. You will find basic information that will help you complete the title.

NOTE: The guide is based on the Early Access version. The content of the game may change with the next updates.

The guide opens with a description of the most basic gameplay mechanics. In this part of the guide to Chernobylite, you will learn, among other things, how does the course of the day looks like or read about the exploration of the world. We have also prepared a page dedicated to expanding the database. This section of the guide also focuses on the basic mechanics that you will use during the exploration - stealth and combat.

The next section of the guide to Chernobylite is a walkthrough that will help you complete all the story missions.

The last chapter is an appendix that contains information about hardware requirements and controls.

Chernobylite in a nutshell

Chernobylite is a first-person survival horror, which takes place in so-called Exclusion Zone around the Chernobyl nuclear power plant. The game was developed by The Farm 51 from Poland.

We play as a physicist named Igor. His beloved has disappeared without a trace 30 years earlier, during the events related to the nuclear disaster in Chernobyl. The hero decides to go back to the Chernobyl zone to search for his beloved. It turns out that there is a mysterious substance in the zone and the area is controlled by the army. Also, there is something unnatural waiting in the dark.

On what platforms is Chernobylite available?

Chernobylite will be released on PC, PlayStation 4 and Xbox One. PC owners have the opportunity to try out the game as part of Steam's Early Access.

The following information can help you determine if your PC will be able to run the game. 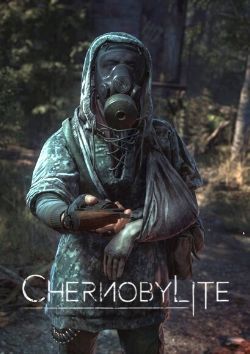 Survival horror created by Polish studio The Farm 51 - authors of, among others, Get Even shooter released in 2017. The game is set in the so-called Exclusion Zone around the Chernobyl nuclear power plant.

Released on PC, PS4 and XONE, Chernobylite is a survival horror game that takes place in the so-called Exclusion Zone around the Chernobyl nuclear power plant. This title offers players a deep, emotional story, interesting gameplay and beautiful graphics based on a modern Unreal Engine 4 engine and 3D space scanning technology. The Farm 51 studio is responsible for the creation of this production - authors of Get Even, which has been well evaluated by the media industry. Interestingly, in order to ensure a high level of realism in their game, the creators decided to travel to Chernobyl. This site is not associated with and/or endorsed by the The Farm 51 or The Farm 51. All logos and images are copyrighted by their respective owners.