Call of Duty Warzone is a Battle Royale game in which teams of 3 fight for survival on a vast map of Verdansk . A maximum of 150 people can participate in one match. Throughout the game, players must work closely with each other to achieve their intended goal of surviving and winning the game. Unfortunately, it is not that simple and requires a lot of effort and thoughtful action. It is important to know how to act in Call of Duty Warzone as well as how to communicate and work best with the team.

Good, understandable communication and close cooperation within the team is key to success in Call of Duty Warzone Battle Royale game. After reading this chapter of our guide, the player will learn how to communicate with the team, what the pinging system is and how to use it. We are also providing some important pieces of advice that will significantly improve the team game, which is extremely important in Call of Duty Warzone.

In Call of Duty Warzone, there are several ways to communicate with the team. The first one is voice chat, the second is a special ping system, and the last and least effective is the text chat within the game. 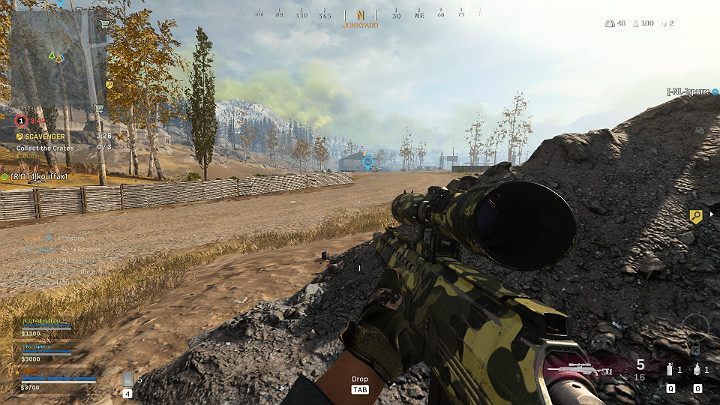 No matter which method you choose, it's always worth communicating your intentions to the team or confirming your understanding of your allies' intentions. During team play in any Battle Royal mode, communication is one of the most important things that can ensure victory.

Voice chat in the game is the most effective system for communicating with the team when playing Call of Duty Warzone. The information transmitted by voice is quickest and does not require any additional activities, such as typing. Voice chat is also the safest way to communicate, as it does not distract the player from the activity being performed. 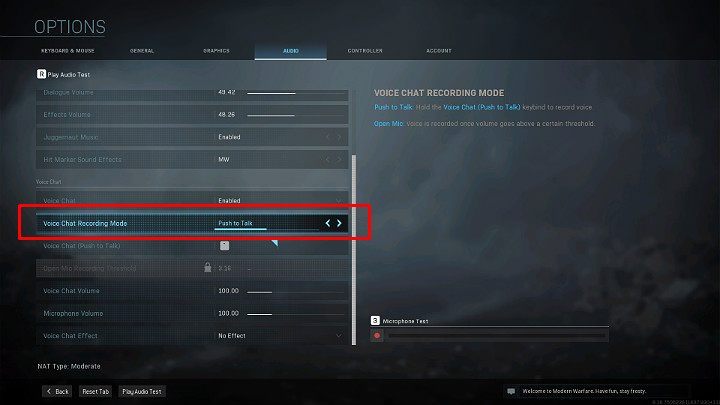 I don't think anyone can imagine a situation where, during a fight, someone stands still to write a few sentences to chat with teammates. During this time, the entire team could be eliminated. Voice chat can be used in two ways: Press and speak, and continuous microphone mode. If you're playing alone and you know no one will bother you during that time, you can opt for continuous communication. Otherwise, it is better to use the press-and-talk option to avoid distracting the team with ambient sounds.

In addition to voice chat, Call of Duty Warzone has a special system for communicating using pings. Pings are short voice messages spoken by characters with graphic marking on a map. 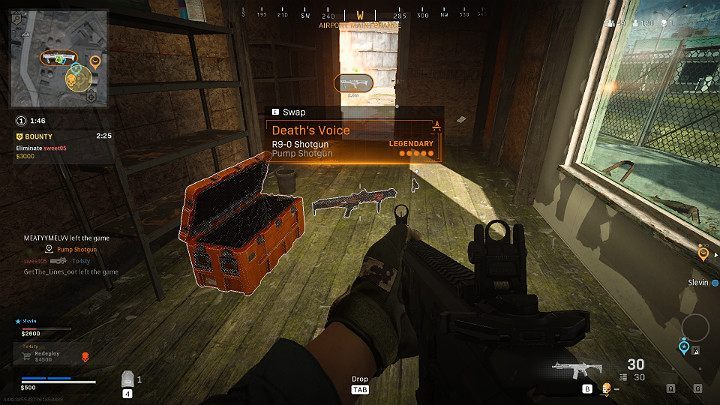 Have you spotted an enemy or defeated one of your opponents that dropped valuable items that might be useful to another team member? Or have you found additional armor plates that you don't need? This is a great time to use the ping system to let the team know what you found and where to look for it. It's also worth noting that pings can be used on stores and contract locations. Ping communication makes it easier for players to communicate without the use of voice chat. It also might serve as a great addition to it.

How to use the ping system?

The ping system in Call of Duty Warzone is extremely simple to use. Simply point in the right direction and press the button (once or twice) - with default keyboard settings it's left alt. Console players will have to use the D-Pad. 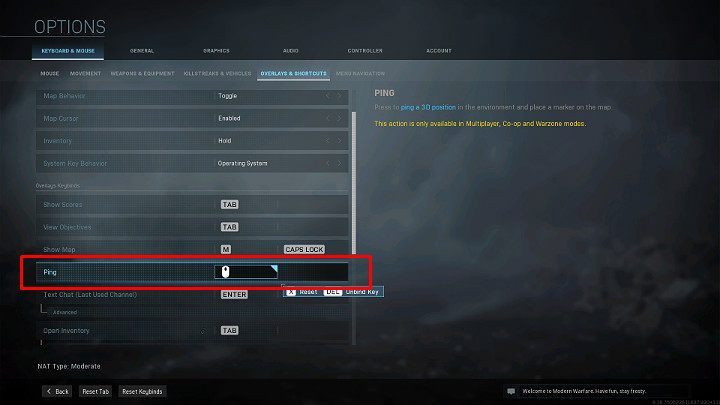 The button responsible for pinging can be freely changed in the game options. Go to the key bindings tab, slide down slightly and change the default button or add the alternative button.

As you explore the terrain in Call of Duty Warzone, you may find many items that you will not be able to use or simply won't need. For example, you already have a main and auxiliary weapon, and the next weapon found on the ground will not be of any use to you. In that situation, you can tag it and send a message to the team where they can find it. 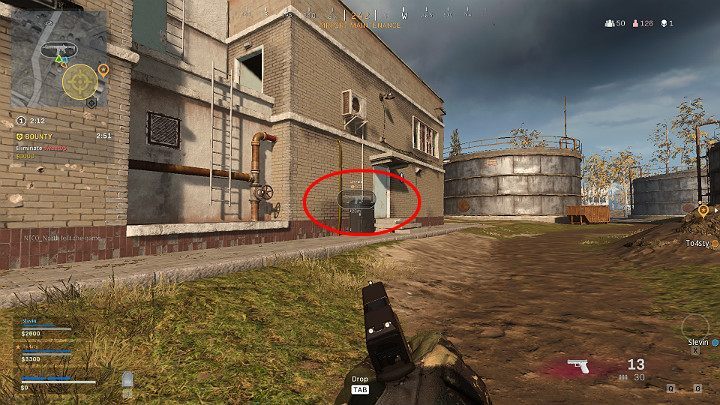 The image above shows one of the team members tagging a rifle in a building across the street. Icons of marked objects are perfectly visible even through walls, making them much easier to find. To mark an unnecessary weapon or other object lying on the ground, simply point at it and use the ping button once.

Another quick message that can be conveyed using the ping system in Call of Duty Warzone is information about a potential threat. This message works differently, as it does not require the player to focus on a given object. 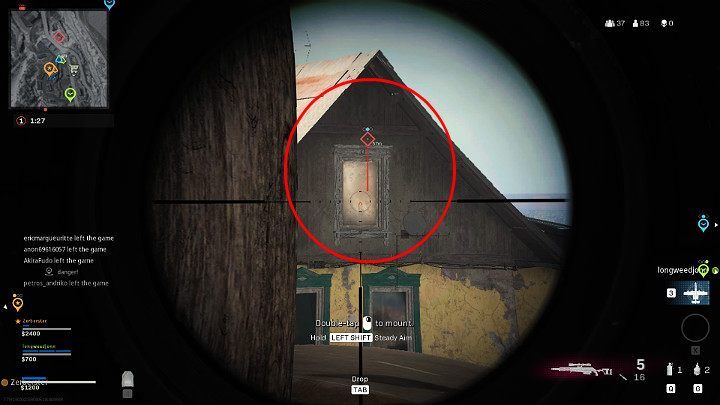 To warn the team of a potential threat, it is sufficient to point roughly in the direction in which you have noticed a threat (e.g. sniper on the roof of a building or in a window, an enemy vehicle) and double-press the button responsible for pinging. After a while, a red marker will appear over the area.

The third ping available in Call of Duty Warzone is information in which direction the player wants to go. It comes in handy when you want to split up for a while in order, for example, to explore a larger area. Another example is a situation where one of the players has noticed the movement of the opponent and one of you wants to get behind him and communicates this to the rest of the team. 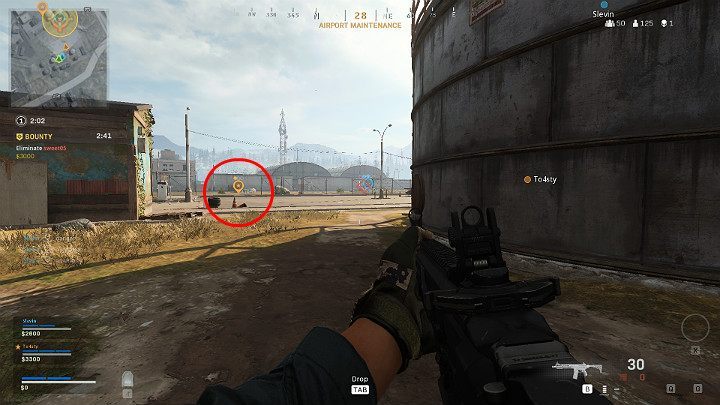 To use the movement tag, simply point the character in the right direction and tap the ping button once. After a while, a specific tag will be shown in a given location, which can be seen in the image above. Each player has a specific color marker to facilitate communication within the team.

Marking the enemy is another opportunity to send a quick message to the team. Use this command every time you spot an enemy, so the rest of the team knows which direction to turn their attention. 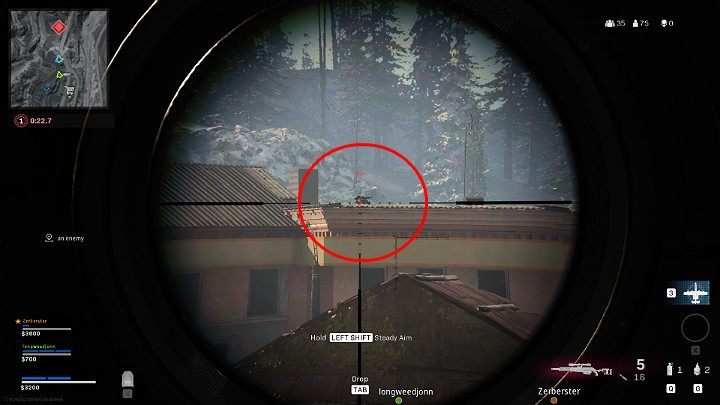 If you want to alert your team to the presence of an enemy, you can mark it by pointing the gun in the direction of the enemy and pressing the ping button. After a moment, a red sign will appear above the opponent's head to signal his position.

All commands passed through the ping system in Call of Duty Warzone can be confirmed by the rest of the team. This is useful, for example, for further exploration of the map, to confirm understanding the threat, or when selecting a landing site. 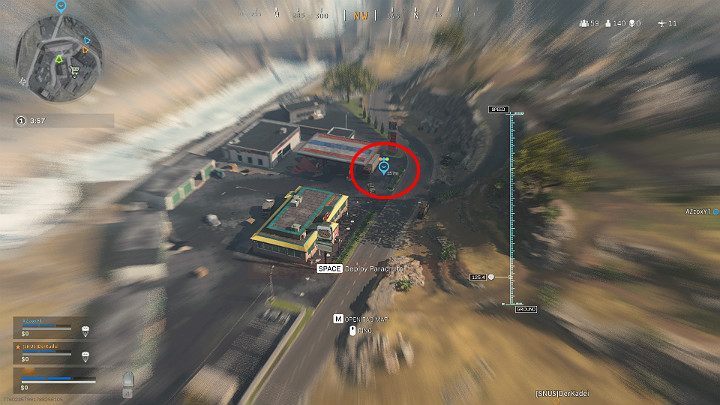 To confirm your participation in the action proposed by the allies, simply point the character to the tag left by the team and press the ping button. After a while, additional dots will appear above the marker to signal individual players. In the image above you can see a marked landing spot with three colored dots. This means that each player has confirmed a landing point.

If you accidentally used the wrong tag or changed your mind, you can cancel your command. To cancel the command and remove the ping tag, simply point at it and use the ping button again. After a while, your character will issue a voice command, and the tag will disappear.