Call of Duty Warzone premiered on March 10, 2020, and since then, the game has gained enormous popularity worldwide. No wonder that the game developers try to introduce new modes into the gameplay in order to make it more fun. At the launch, Call of Duty Warzone offered the possibility to play in 3-man teams, but after a few days it got an additional gameplay mode - a classic solo game. In this chapter, the player will find all relevant information regarding the new gameplay variant of Call of Duty Warzone.

Call of Duty Warzone Solos is a classic Battle Royale mode in which everyone is on their own. All those who have had the opportunity to play in Call of Duty Warzone team mode will now have the opportunity to try their luck in a solo game. Playing alone on such a large map knowing that there are a whole host of opponents around (up to 150 players at a time) can be a bit overwhelming for some. In this chapter, we provide useful tips regarding the gameplay of Call of Duty Warzone Solos, along with the best loadouts and landing spots. Moreover, we answer the most frequently asked questions.

The introduction of a Call of Duty Warzone solo mode shouldn't surprise anyone - it's a standard mode available in most of the well-known Battle Royale titles. Playing as a team gives you the ability to use advanced techniques and voice communication. In the solo mode, the player can only rely on himself and his own skills. 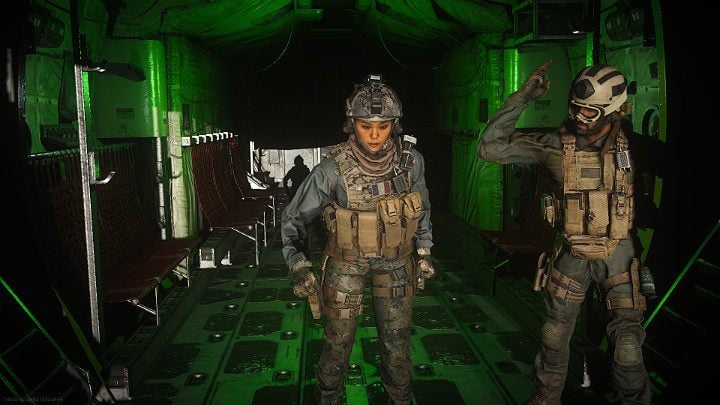 Along with the launch of solo mode in Call of Duty Warzone, there were also a lot of questions, such as whether the gameplay takes place on the same map, whether vehicles are available and whether you can use pre-prepared loadouts. We've provided exhaustive answers to all asked questions.

Is Call of Duty Warzone Solos played by the same amount of players?

Yes, in the solo mode of Call of Duty Warzone there can be up to 150 players simultaneously playing on the map. Usually the lobby fills up in just under a minute so you don't have to wait long for the game to start. If the player selection process takes a little longer, all players are transferred to a training map, where they await the start of the actual Battle Royale match.

Does Call of Duty Warzone Solos offer any other map?

No, the combat in Call of Duty Warzone Solos takes place on the same map (Verdansk) as in case of 3-man teams. The landing procedure haven't changed, but in this case, everybody jumps out of the plane on their own. 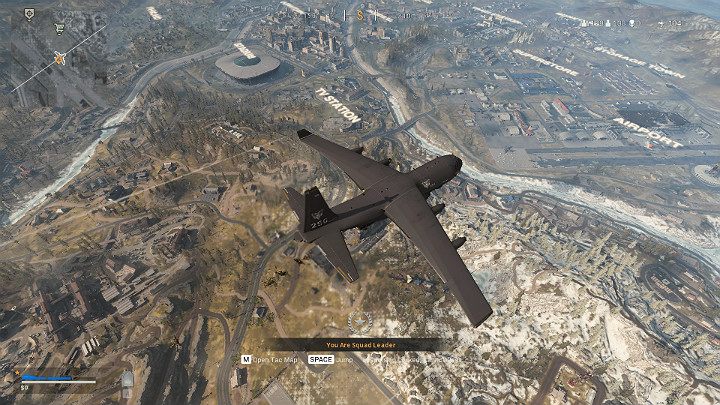 To begin a match well, consider looking which way the opponents are going. This will give you a lot of important information, such as which area of the map is most besieged and where it is dangerous. If you don't find the necessary equipment after landing, you'll know which direction to go and which part of the map should be avoided, at least for a while.

Yes, the rounds in solo mode in Call of Duty Warzone last the same and the rate at which the gas ring encloses is also the same. Information regarding the current round is located in the top left corner of the screen, right under the mini map. 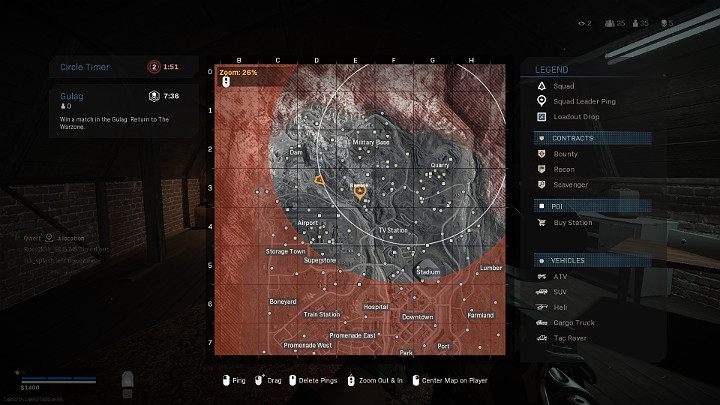 By opening the map you can also notice that the interface is the same. On the left, information about the round and the time remaining until the Gulag is closed. In the middle there is a detailed map, and the key is on the right.

Are there vehicles available in Call of Duty Warzone Solos?

Call of Duty Warzone Solos features all types of vehicles that can be encountered in Team mode. You can choose from: SUV, ATV, Tactical Rover, Cargo Truck, Helicopter. Vehicles can be found at various locations on the map. 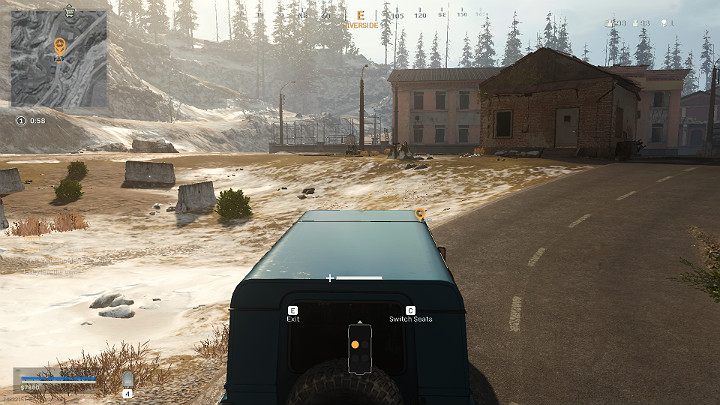 A vehicle is a great way to quickly escape from a dangerous area. In most cases, one or two opponents will not be able to destroy the vehicle before it is out of range of their weapons. Remember that you can run over your opponent and thus score a kill.

Yes, Call of Duty Warzone Solos offers all the features you can find in Team mode. Shopping points are located all over the map, and there are equipment drops available to the players - they cost the same, i.e.$6000.

How many experience points can I get in Call of Duty Warzone Solos?

The amount of experience gained during the Call of Duty Warzone Solos game is quite different from that available in the team game. In a solo game you can score far more experience points than in Team mode. 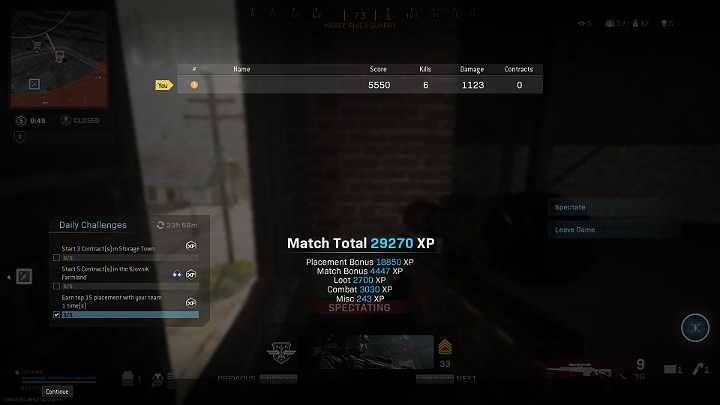 As visible in the image above, you can see that by taking 13th place, having 6 kills with 1123 points of damage caused, you could earn as much as 29 270 experience points! The amount of Experience Points earned for collecting items alone is also much higher, as no one on the team will collect your loot.

Is there a gulag in Call of Duty Warzone Solos?

The Gulag is an integral part of the gameplay of Call of Duty Warzone - as a result, it also appears in solo mode. The Gulag rules also remain the same - one chance to return and respawn on the map. In case of a defeat, you end your participation in the game, because unlike Team mode, there is no one who can buy you out. 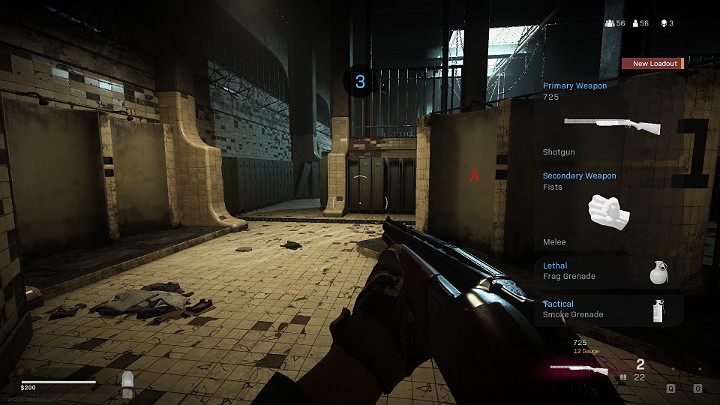 The Arena inside the Gulag also remains unchanged, as does the available equipment, which is entirely random. You can find out more about the Gulag in one of the chapters of this guide, which is devoted entirely to the subject.

How to win at Call of Duty Warzone Solos Tips & Tricks!

The gameplay in Call of Duty Warzone Solos is very different from the one you know from Team mode. Solo mode is not as dynamic, as each player moves around the map alone and their behavior is more thoughtful. Most players usually hide in buildings and wait for their opponent's mistake. 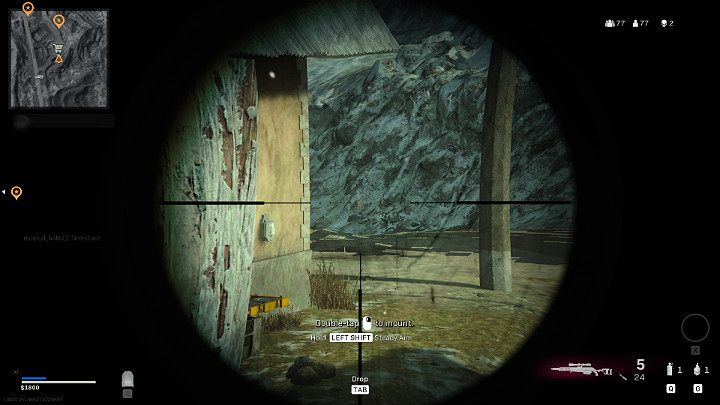 When playing solo in Call of Duty Warzone, it is worth following a few rules that will greatly increase your chance of winning on your own. In solo mode, it is particularly motivating to know that you have to act alone and can't count on any support. Therefore, all possible precautions must be taken and you cannot give your enemy a chance of surprising you.

Listen to your surroundings and keep a low profile

When playing Call of Duty Warzone Solos, sound is your biggest ally. Any action performed by a character in the Call of Duty Warzone, such as running, jumping, opening a door, collecting equipment or jumping through a window, is extremely well audible to players nearby. 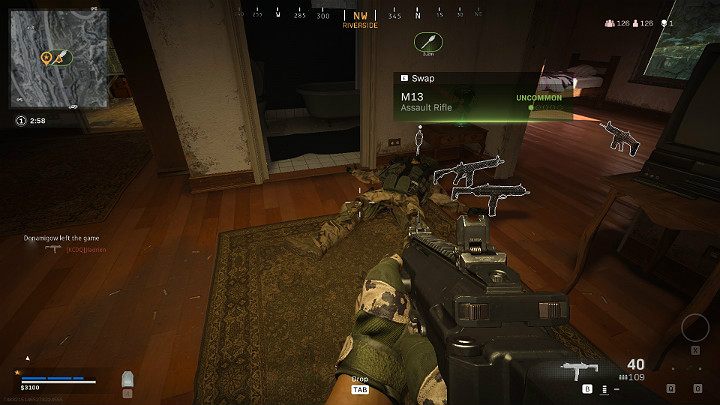 For this reason, it is recommended to use headphones in order to be able to figure out which direction the shots are coming from or the location of your opponent. Careless players who make a lot of noise as they explore the terrain end up in the worst possible way - defeated, on injured.

As you explore Verdansk, collect all the cash you encounter along the way. If you manage to eliminate a few opponents in the initial phase of the game, you can quickly purchase an equipment drop (costing$ 6,000) and/or additional armor which greatly increases your chances of survival.

When inside the building, always try to find a strategic position that will give you an advantage over a potential opponent. Most of the time, this is a higher floor where you can hear your opponent's footsteps and get ready for him. 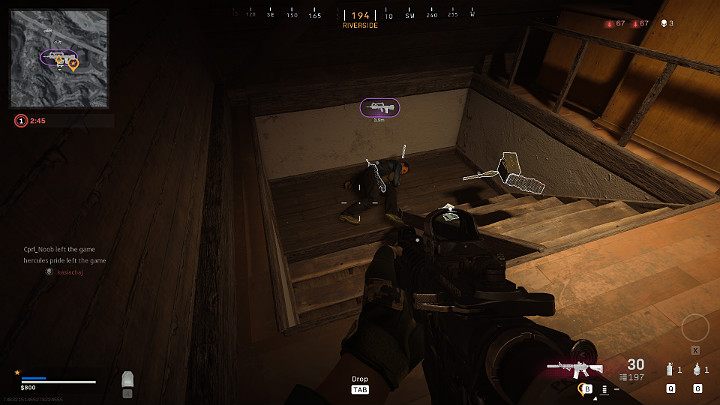 At the beginning of the match, very few use tactical equipment such as the Heartbeat Sensor or UAV. Most players go up the stairs straight ahead and don't look up, let alone behind them so they can be an easy target for you to hunt down. By the time they turn around, they'll be dead.

Use UAV and Hearthbeat Sensor

In Call of Duty Warzone Solos you can only count on yourself. You have to switch from team thinking and remember that no one is covering your back. You can't have eyes around your head all the time, but you can make your game easier and keep yourself safe. 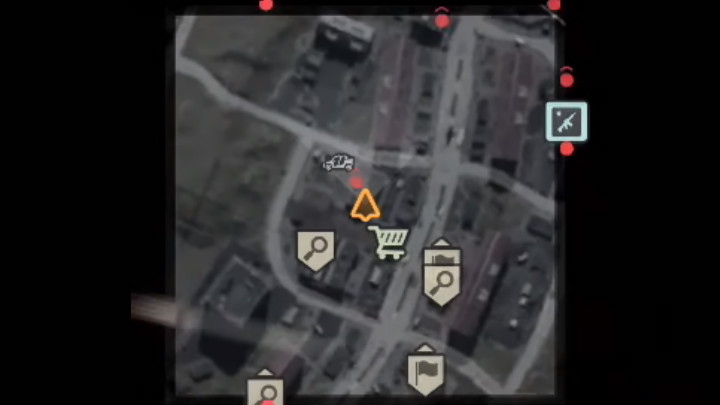 That's where UAV and Heartbeat Sensor come into play. You can purchase a UAV from the store for $4,000 and use it when you want to enter a building or move to a better position. The Heartbeat Sensor is extremely useful when raiding buildings, as this is where the opponents usually hide. Before you enter the building or take the stairs upstairs, make sure the Heartbeat Sensor doesn't detect any danger. 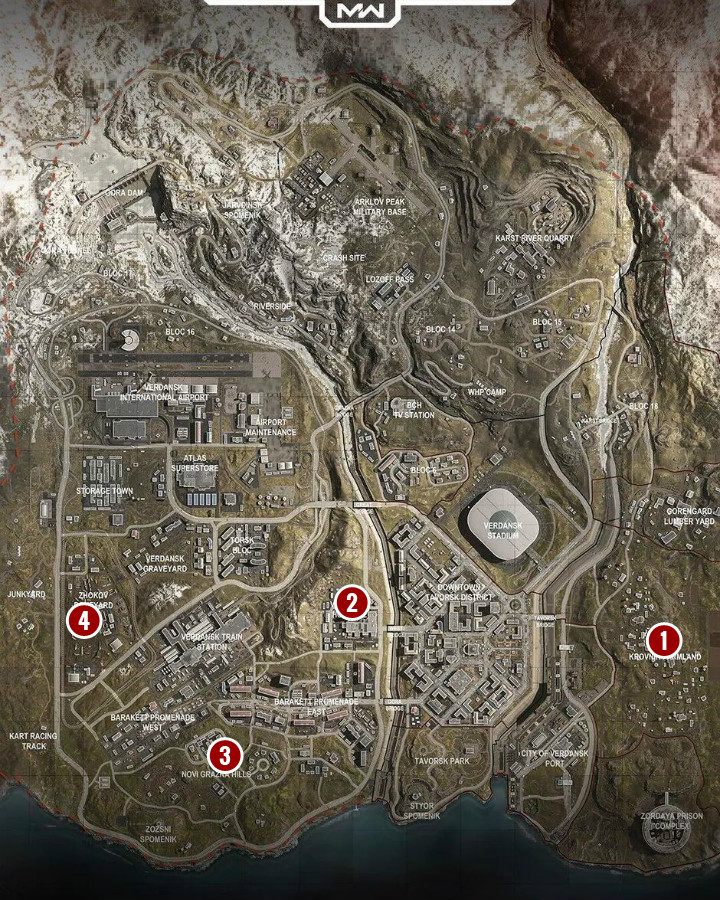 A loadout in Call of Duty Warzone Solos should be as versatile as possible. For survival, you'll need close-and medium-range weapons and sniper rifles. This suggested loadout contains an M4A1 assault rifle and an HDR sniper rifle. 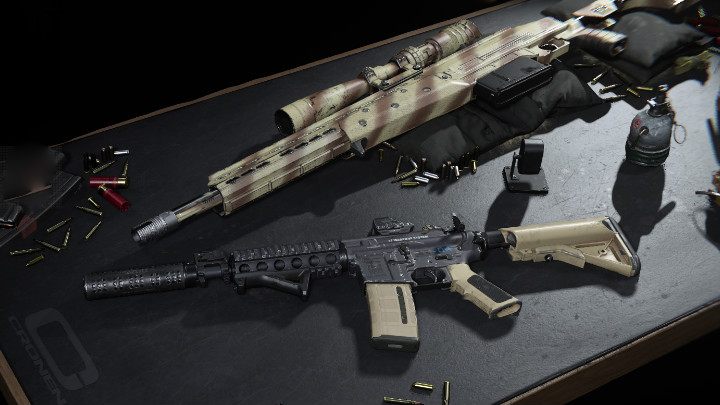 The presented set of equipment is a good option for every phase of the game, and especially at the very end, when the vast majority of players are waiting in hiding for the opponent's error. Sniper weapons will also be useful for combing the area.

HDR is without doubt the best sniper rifle available in Call of Duty Warzone. By using this weapon, you can fire one accurate shot at enemy's head to eliminate him from a great distance. What's more, HDR has good accuracy. Remember that when you decide to use a sniper weapon, you have to take the right position - preferably on the roof of a building, in a window or on an elevation. 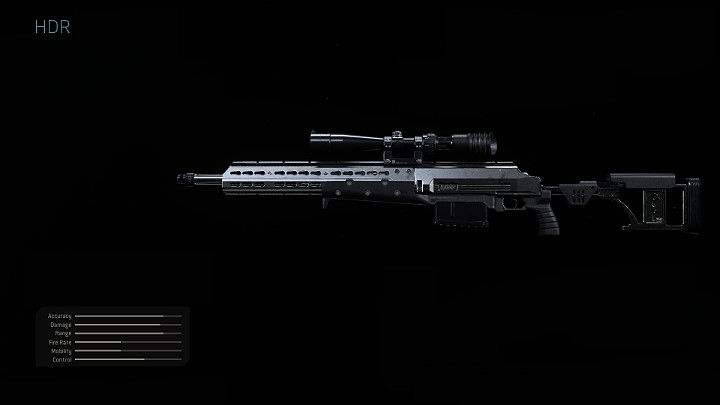 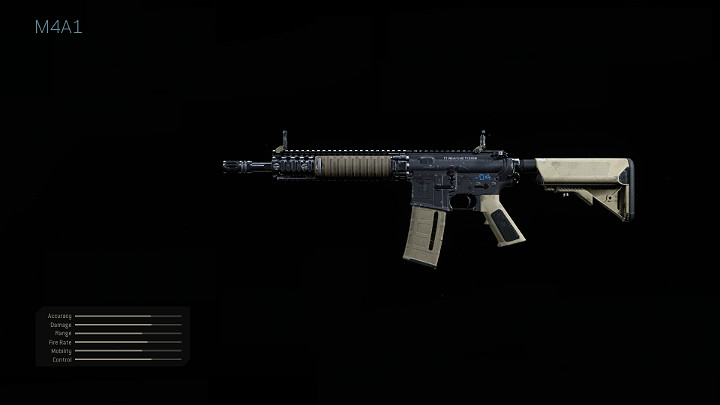 Tactical gear is the additional equipment that you can take to the battlefield. Options include a smoke grenade, which can be used in an emergency evacuation, or a Heartbeat Sensor. 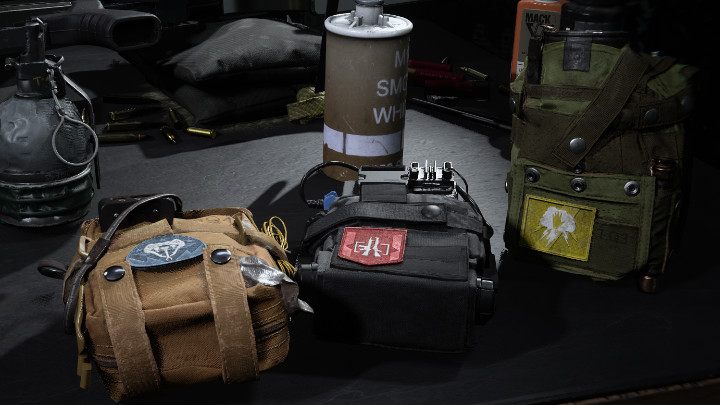 The perks presented in this section were selected in order to increase the battle capabilities of your hero and provide a higher chance of surprising your opponent. Of course, you can change them in any way if you prefer to use other available skills. 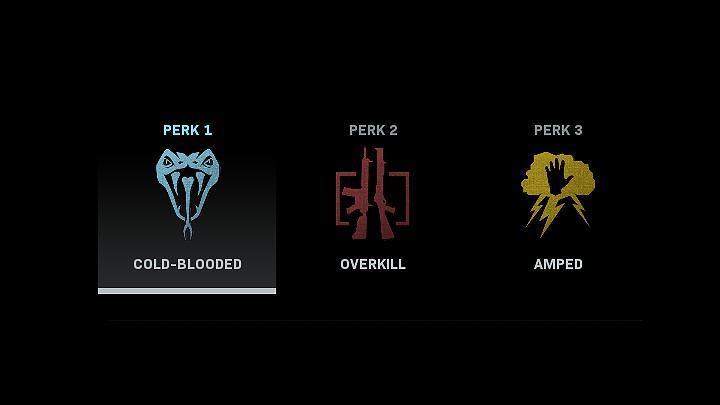