The following game guide to Call of Duty Mobile is a comprehensive body of knowledge about mobile version of popular shooter developed by Activision. In this guide you will find valuable information related to the basic elements and mechanics of this fps game. Learning about them will help you to have fun. We explain mechanics that may be difficult to understand.

The entire guide has been divided into two segments. The first one is the FAQ section. Here you will find answers to frequently asked questions that may arise during the gameplay. You will learn how does the character promotion system work, check the multiplayer game modes and read about the Battle Royale mode. You will also find out which maps are available in the game.

The second section of the guide consists of the appendix which includes information related to controls and system requirements.

Call of Duty Mobile in a nutshell

CoD Mobile is a free-to-play mobile version of the popular FPS series. The game was developed by Tencent and released by Activision Blizzard.

The game focuses on multiplayer gameplay in modes known from the main parts of the series. The action is observed from first person perspective, and gameplay consists in playing matches with other players. In Call of Duty Mobile you will find heroes and maps known from previous installments of the series.

Although originally CoD Mobile offered support for controllers, this option has been removed. However, it still unknown if this option will return in later updates.

Can I play Call of Duty Mobile without the Internet?

No. Call of Duty Mobile is a multi-player game, therefore an Internet connection is required.

About Call of Duty Mobile Guide 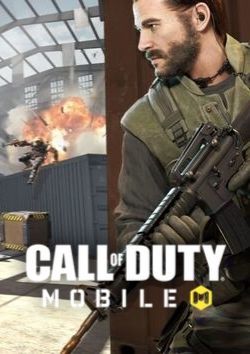 Call of Duty: Mobile is a network FPS using the free-to-play model. The game plays in a mobile format the most important modes and maps from the main page views of the brand. There were also some well-known heroes and weapons.

Call of Duty: Mobile is a first-person shooter focused on online battles. The game was developed by Tencent and is the mobile version of hit FPS series. The game is based on the free-to-play model featuring microtransactions.

The game introduces the basic elements of multiplayer gameplay from the main installments in the series to smartphones and tablets. The action is observed from the eyes of the hero, and the game revolves around online fights with other players using a rich arsenal of firearms.

Authors were inspired by the earlier installments of the series. The game features well-known heroes and maps including classics like Nuketown, Crash, and Hijacked. The weaponry was also taken from the other installments of the series available on PC and consoles, mainly from Black Ops and Modern Warfare series. All this, as well as the gameplay mechanics, has been thoroughly modified to fit the mobile specifications.

Call of Duty: Mobile offers many gameplay modes. Players can play Team Deathmatch, Search and Destroy, and Free-for-All, which are the variants of skirmishes known from the main installments of the brand.

The game delivers attractive three-dimensional visuals, faithfully reproducing the atmosphere of the installments in the series, from which it draws the most important elements.

More About Call of Duty: Mobile

Gazillions of new mobile games have been released in 2019. For this reason, we have prepared a list of most interesting Android games, which are definitely worth a try. You may already know some of these titles!