Our guide for Call of Cthulhu will prepare you for a dozen of hours spent in the atmospheric world created by H. P. Lovecraft. This guide is a compendium where every player, regardless of their knowledge about this universe, will find answers to questions as well as gameplay-related tips. The guide focuses on the most important aspects such as interaction with NPCs, exploration or collecting items. Besides that, we also focus on seemingly trivial aspects such as the order of performing certain activities and their potential impact on the world.

The guide opens with the chapter dedicated to starting tips and descriptions of the most basic gameplay mechanics. Here, you can learn about the impact of skills on conversations with NPCs, how much do your skills determine available dialog options and what are their consequences. This part also contains chapters dedicated to character progression system - check this chapter for detailed descriptions of the available skills, how to develop them, what are their restrictions and how they influence the story. You can also learn about stealth mechanic, how to search through rooms, and the retrospection mode.

We have also included a detailed walkthrough. It contains detailed descriptions of every chapter and their respective missions. On top of that, our walkthrough also includes alternate ways of reaching destinations and completing objectives. Every chapter is richly illustrated and, if necessary, supported by a video showing, step by step, the process of solving a given puzzle or problem. The guide also contains an FAQ section where you can find answers to all your questions regarding the game. Here, you can learn how to solve more challenging puzzles, how to refill oil in your lamp, how to unlock the majority of the achievements in one playthrough, and which skills should you get first to avoid blocking yourself from story-related choices.

The final part of the guide, the Appendix, also contains important information. Here, you can learn about the system requirements, check if your PC can run the game, and read about the controls for every platform. Check our comprehensive chapter about the available achievements and trophies -detailed information and videos will help you unlock them.

Call of Cthulhu is a dark adventure game that combines elements of a psychological thriller, a stealth game and horror. It is based on books written by H. P. Lovecraft, an American writer. The game is based on his Cthulhu mythology. The main character, Edward Pierce, is a private detective. He investigates the mysterious deaths of Sara Hawkins and her family. The investigation takes an unexpected turn very quickly - the intrigue is intertwined with mysterious disappearances, a crazy doctor experimenting on patients, mutilated bodies of whales, as well as the titular Cthulhu known as the Great Dreamer. Call of Cthulhu uses the first-person perspective. The game is focused on exploration and solving various logic and environment puzzles. Call of Cthulhu also features RPG elements - the player can develop their character's skills by making progress in the game. The game was developed by Cyanide Studio, known from the Styx series, and published by Focus Home Interactive. Call of Cthulhu is available on PC, PS4 and XONE.

Check the controls before you start playing Call of Cthulhu. By doing that you will be able to enter this twisted - for newcomers - universe and learn the basic gameplay mechanics. Here, you can check how to remain undetected, what you have to do when you get spotted, how to use light efficiently, or which abilities are worth checking out.

Here, you can find the detailed walkthrough for all the chapters available in Call of Cthulhu. Every chapter features detailed descriptions and numerous illustrations - thanks to that everyone should be able to complete the missions. Every chapter also contains descriptions of alternate paths as well as puzzle solutions.

This section contains chapters dedicated to the basic gameplay mechanics found in Call of Cthulhu. Here, you can learn about the stealth mechanics, how to develop your character, check the available types of light sources as well as their pros and cons, learn how to search through rooms, and read about the retrospection mode.

The FAQ section contains answers to all possible questions about Call of Cthulhu. Here, you can find solutions to difficult puzzles, learn which skills you should develop, how to refill oil in your lamp, and how to create manual saves.

About Call of Cthulhu Guide 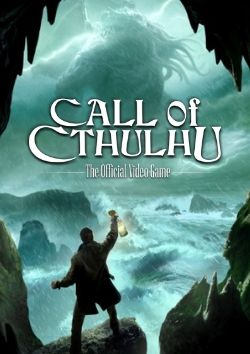 Call of Cthulhu is a dark adventure game, enriched with elements borrowed from survival horrors and sneaking. Cyanide Studio, a band known mainly from the Styx series, took on their shoulders to create the program. The title was published by Focus Home Interactive on the PC, PS4 and XONE platforms, among others.

Call of Cthulhu is based on the so-called Cthulhu Mythology, created by Howard Phillips Lovecraft, the legendary American horror writer. The main character of the game is Edward Pierce - a private investigator whose task is to explain the mysterious murder of the famous artist Sara Hawkins and her family. Over time, the investigation has taken an unexpected turn - not only the equally mysterious disappearances, but also the mutilated bodies of whales found on Darkwater Island in Boston seem to be connected with the matter. Pierce quickly discovers that behind everything can stand the title Cthulhu, also called the Great Dreamer - one of the Ancient Ages, that is, the ancient, powerful beings who remains in sleep, and when the stars in the sky set in the right order, he will wake up and take back the power over the world.

In Call of Cthulhu on the PC, PS4 and XONE platforms, the action is presented from the first person perspective (FPP). The game is based on exploring and solving various puzzles. Adventure leads both through gloomy city streets, as well as research complexes, undergrounds, and finally temples of cultivists. The player must try to keep a balance between the desire to discover creatures lurking in the darkness, and the state of mind of the charges - too much immersion in the mysteries of darkness can lead the character of the detective to madness. In the course of the game we meet more or less friendly NPCs - while some are willing to cooperate, others react to the protagonist with aggression. The game has also implemented extended elements of RPG - the title is based on a paper RPG license from the American publishing house Chaosium, from which some gameplay mechanisms have been taken.

Call of Cthulhu is characterized by high quality, three-dimensional graphic design, maintained in economical colors and gloomy style. The whole is complemented by a specially composed soundtrack, which effectively builds a shivering atmosphere.

More About Call of Cthulhu

The legacy of H.P. Lovecraft in video games

The works of H.P. Lovecraft are more popular now than ever before, even during his life. The Cthulhu mythos has been a source of inspiration for all kinds of media. Let us see how well it works as a setting for video games.

He's waiting and dreaming. And so are we, for the various upcoming games focusing on or in the near vicinity of the Cthulhu mythos.