Brawl Stars is a mobile game released on Android and iOS devices. Developed and released by Supercell, Brawl Stars is very popular due to its system of awards. Brawl Stars is based on completing individual tasks, unlocking new achievements and items. Each player can earn achievements and levels that have an impact on the development of the hero. Players are matched according to their levels. The gameplay is very diverse because the game has several modes that you can test. However, the basic principle of Brawl Stars is to choose a character and complete mission objectives, such as obtaining the appropriate amount of gems. If you do that, you win. If you are the best player, you will get an extra reward for completing the mission.

Our guide to Brawl Stars contains all the most important information about the game. Thanks to us, you will learn such basic things as what is this game about, how microtransactions work or how to restore your life. In our guide, you will also find an extensive list of starting tips that will make your first matches easier.

Before downloading Brawl Stars, check out our page dedicated to its system requirements. We prepared it because the game is not compatible with all devices available on the market. On our page, you will find a list of various mobile devices. You will also check which ones meet the requirements of this production. However, if your phone/tablet does not meet certain requirements, take a look at how to run Brawl Stars on your computer and enjoy the game with other users.

Another important thing is that Brawl Stars is an online game. Thus, we have prepared a separate section dedicated to the multiplayer section. There, you will find information on how to add someone as a friend, how to create your own team and how to join an existing faction. Thanks to these pages, you will be able to fight with your friends or meet new and interesting people.

Characters are the most important element of Brawl Stars. We have described them in detail. Our guide contains descriptions of each character available in the game. You will also learn what skills they have and how to get them. We have also prepared tips for each character. Thanks to them, you will know how to use a particular character and how do they work on the battlefield.

Our guide also has an FAQ section. There, you will find answers to basic questions like how to make a private server and how to download a game on your PC. The pages in that section will help be very useful during the first few hours with the game.

What devices can I play on?

Brawl Stars has been released on both Android and iOS devices. The game is not available on Windows Phone devices.

Do I need an Internet connection?

Yes, to play Brawl Stars, you must be constantly connected to the network. The games are played live with other players. Brawl Stars has no single player mode.

Is there a single player mode? 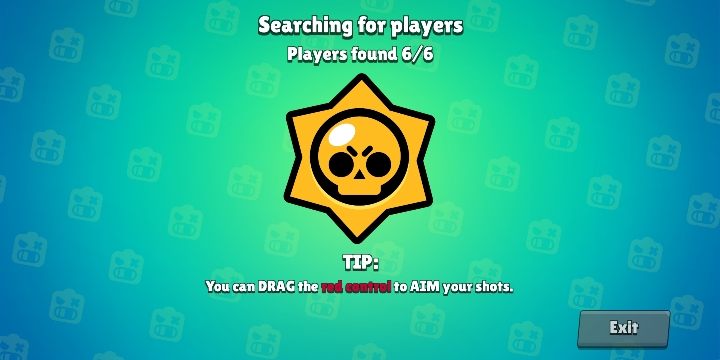 No, Brawl Stars is a multiplayer game. It doesn't have single-player modes.

Do I have to pay to play?

Brawl Stars is free, you can download it and test it without paying. However, if you plan on developing your heroes fast, you can take advantage of the microtransactions options available in the game.

Are there any microtransactions in the game? 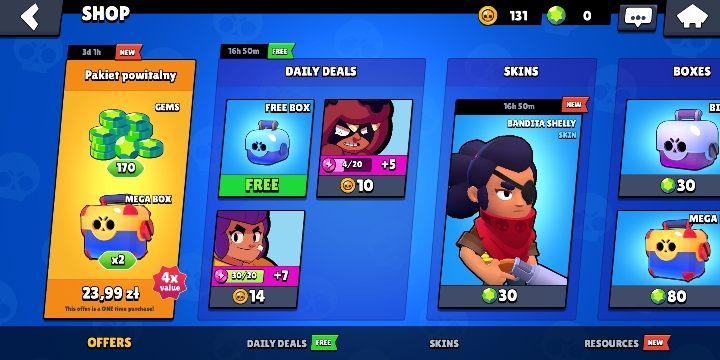 In Brawl Stars, you can spend your hard-earned money on various microtransactions. This will greatly accelerate the development of your characters.

The in-game shop offers gems, mega-boxes, skins for your characters and ordinary boxes. Their price depends on the current offer.

Does the game have a plot?

No, Brawl Stars has no story mode. However, the game, from time to time, has all sorts of events or modes that enrich the gameplay. 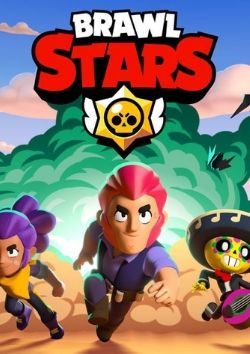 A mobile online game which combines elements of shooters and MOBA games. Brawl Stars has been developed by the creators of Clash of Clans, Hay Day, Boom Beach and Clash Royale. The game features only a multiplayer mode.

The AND and iOS release of Brawl Stars is a mobile online game, which combines elements of shooters and MOBA games. The game is based on a free-to-play business model with optional microtransactions. Brawl Stars has been developed by Supercell, known for creating such best-selling games as Clash of Clans, Hay Day, Boom Beach, and Clash Royale.

The game features only a multiplayer mode. Players get to select one from over a dozen available characters, each featuring different weapons, assets, and a special ability. Some of these characters use various firearms, others throw grenades, but there are also those, who prefer to plant a bomb in the ground.

The AND and iOS release of Brawl Stars offers an arcade model of gameplay. Players get to observe the action from the top-down perspective. There are two available controls systems  the first one is based on a virtual controller, while the second one is slightly more complicated, as one has to tap the screen to move his character around. In order to use the special ability, a player has to fill an energy bar by killing the enemies.

To top it all, one can develop his character by improving his battle potential. All the elements regarding character development have been modeled after MOBA games, while the gameplay uses mechanics known from shooter games  this, however, does not include the battles, as they are rather arcade.

The game offers four competitive multiplayer modes. In Smash & Grab, two 3-player teams fight each other with the objective of capturing the crystals that are growing in the middle of a map. When a character gets killed he drops everything he has gathered. The first team to collect fifteen crystals wins.

In Heist, two teams defend a safe or try to rob it by turns. The third mode  Battle Royale  allows up to 10 players to fight until there is only one character still alive. The last of the game modes is Bounty, in which one acquires stars for eliminating his foes and loses them each time his character dies. The team with most stars wins when the time runs out.

Why not to kick some arse on our way to school or during a long queue? We asked ourselves that question, and as an answer we have prepared a list of mobile games that let you compete with other players.