On this page of the game guide to Borderlands 2 you will find the walkthrough description of the main mission titled Data Mining. You can begin this mission in the Sanctuary location, while most of the actual events of the task will take place in the Arid Nexus Boneyard and Arid Nexus Badlands locations. 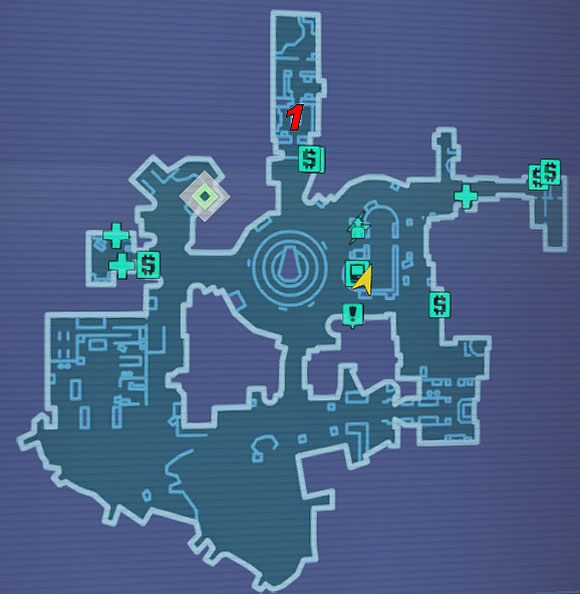 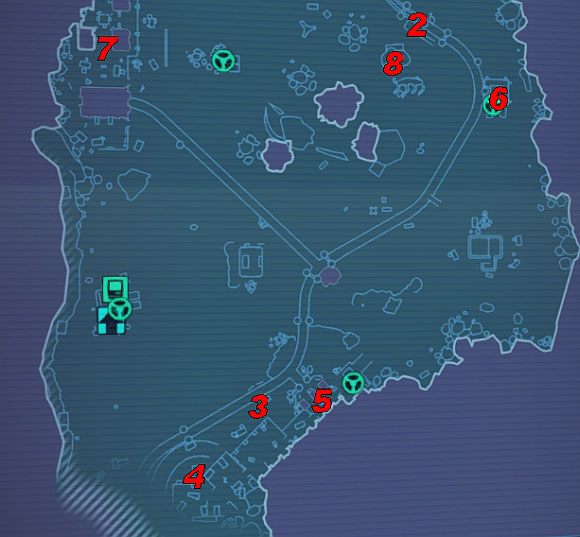 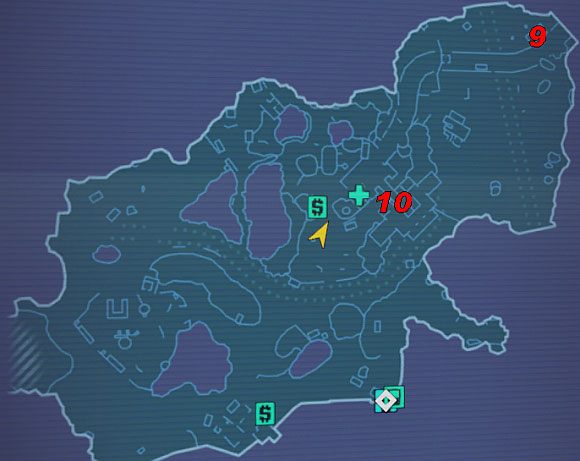 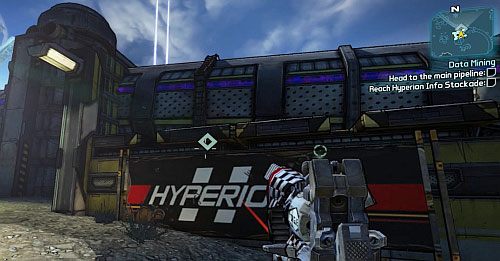 After you receive this mission from Mordecai [1], head to Arid Nexus Boneyard. Use Catch -a- Ride and drive to the pipeline at [2]. Try getting up the ladder from the above screenshot. 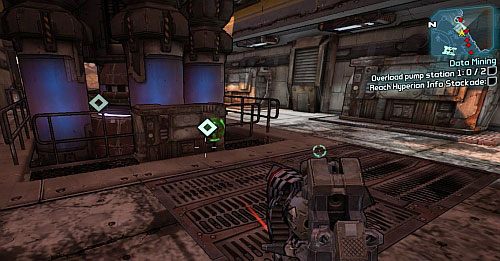 As the ladder falls down, return to your vehicle and drive to Pump Station 1 [3]. Go up the stairs [4] onto the upper floor, head towards the two valves [5] and Use them. On your way you will come across a strong Robot and Hyperion Soldiers resistance. After overloading Station 1, head to Pump Station 2 [6]. 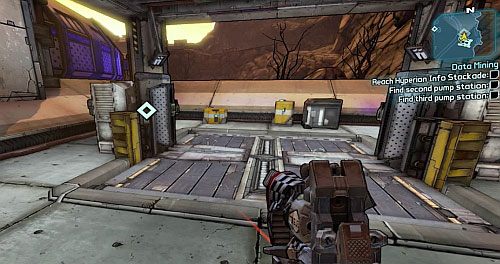 After getting there, use the elevator from the above screenshot which will take you to the underground. Follow the tunnel till its end while eliminating the enemies on your way and you will find two more valves. On your way back to the elevator, look out for the self-detonating Robots. 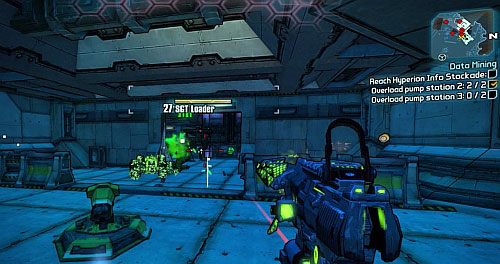 Go to the last station [7]. Head inside the room there the valves are from the eastern side of the building (screenshot). You can quickly Use the valves and run out of here, ignoring the enemies. 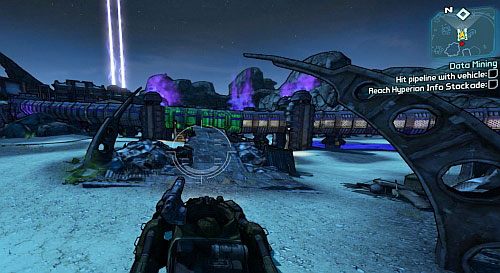 Now return to where the ladder has fallen off by the pipeline [2]. Make use of the ramp from the screenshot [8] to jump and hit the marked part of the pipeline. 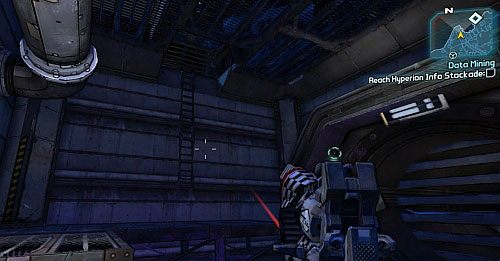 Jump inside through the newly created hole. Keep heading left to the pipeline exit and use the ladder (screenshot) to get above. Head to the passage in the north which will lead you to Arid Nexus Badlands. 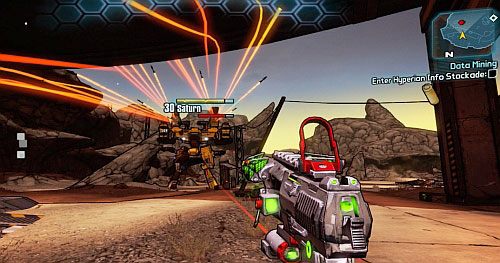 Go to the elevator in the north-east part of the map [9]. Try using it and Saturn will appear. It's best to back out and attack the boss from a safe distance. When Saturn starts firing rockets, hide behind any cover and wait for the attack to end. Destroy the gun on robot's arms for Second Wind. Whenever you get in Saturn's range of attack, back out even further. 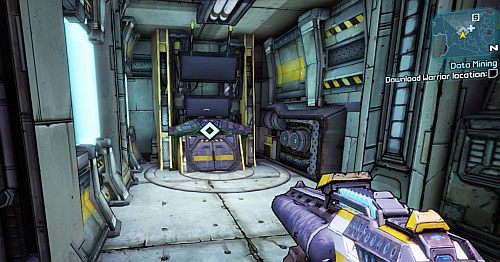 After destroying the robot, use the elevator [9] and head towards the data base [10]. Inside the building, go up the stairs to the last floor to find the computer. If you go up the ladder even higher, you will find a weapon chest. 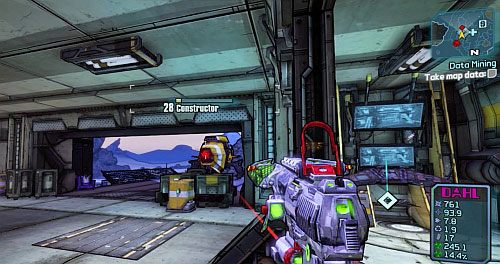 After Using the terminal, you will be attacked by two Constructors. Use the terminal room as cover from their attacks. After some time, you will be able to pick up the Map Data from the terminal. Return to the Fast Travel by the entrance to Boneyard and travel to Mordecai [1] to end the mission.