The game guide to Borderlands 2 is an extensive, illustrated compendium of knowledge, designed to help you with getting to know the production made by the Gearbox Software studio. On the initial pages of the guide you will find the guidebook. It is meant for users who are only beginning their adventure with the game, and should you be one of them, it will allow you to understand some crucial concepts. The hints that have been included in our game guide relate mostly to such topics as gaining experience points, using special abilities, travelling through the game's world, using weapons, and completing unique challenges.

The most important part of the game guide is the extremely detailed walkthrough description of Borderlands 2. Our walkthrough contains, most importantly, the descriptions of all of the main storyline missions. However, you will also be able to find the descriptions of all of the side missions. These have been divided in our guide in accordance with the location in which you can begin the relevant quests. Each of the descriptions contains information about the location where the task can be unlocked, about the actions you must undertake, and the potential special rewards for completing the quest. Our walkthrough is made more transparent by numerous screenshots and location maps, which will show you where the events of particular quests play out. On each map we have marked important points of interest that you need to visit as a part of a given mission. In some tasks you must additionally deal with bosses. Every such duel with a uniquely powerful enemy has also been discussed in detail in this guide, which will make it possible for you to defeat these foes without any issues.

The guidebook to Borderlands 2

In the General hints chapter of our game guide you will find a set of various tips and tricks that should help you with understanding the most important game mechanics, and with preparing to fight against the enemies you will encounter. These are some of the most crucial sections of our guide:

In our game guide to Borderlands 2 you will find a complete walkthrough description of the game's storyline. Here is the list of the main missions covered in the guide:

Side missions in Borderlands 2

The side missions in Borderlands 2 have been divided in our game guide in accordance with the locations in which you can begin completing them. In addition, the walkthrough description of every quest contains detailed information about the requirements for adding the relevant task to the quest log.

The most important controls in Borderlands 2

The following chart presents all of the most important controls in Borderlands 2. You can play the game by using a keyboard and a mouse or by using one of the available controllers (PS3, Xbox 360, PS4, Xbox One).

Can I play Borderlands 2 on PS4 and XONE? 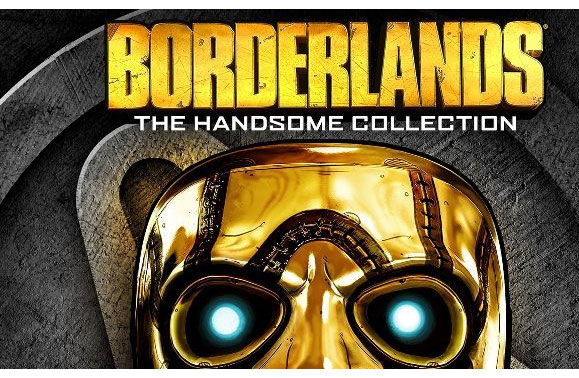 Yes, Borderlands 2 is also available on the PlayStation 4 and Xbox One consoles. However, it is important to note, that Borderlands 2 is not sold individually. The game is a part of a set named The Handsome Collection, in which you will also find the Borderlands: The Pre-Sequel game.

The aforementioned collection is sold in both a physical and a digital version. It requires you to have both of the games installed on the hard drive of your console. You can choose the game that you want to play from a special menu. The Handsome Collection also has two separate sets of achievements. You can gain trophies for both Borderlands 2 and Borderlands: The Pre-Sequel, and thus also unlock two platinum trophies.

Does Borderlands 2 support the additional capabilities of the PS4 Pro and Xbox One X consoles?

Yes, on the 3rd of April 2019 extended support for the PlayStation 4 Pro and Xbox One X console has been added. It is a part of the Ultra HD Pack update, which has been published for free to all players who have purchased The Handsome Collection set.

The most important novelties added in the Ultra HD Pack update are:

The colour coding in the game guide to Borderlands 2

In our game guide to Borderlands 2 we have used the following colour coding scheme:

Reaching the end credits doesn't always mean the end of your adventure with a game – some games still have plenty of attractions beyond the main storyline.

Although for years on the decline because of online games, couch cooperation hasn't died out yet, and it's till possible to still find a lot of great titles to enjoy in front of the same screen .