Blair Witch is the latest creation of Bloober Team, which is responsible, among other things, for developing such games as Layers of Fear or Observer. This time, the developers will take you to the universe known mainly from the horror movie released in 1999 - Blair Witch Project. The following pages are a collection of all currently available information about the game.

The guide was divided into two parts. The first part contains basic information related to gameplay. Here, you will find an overview of the basic mechanics. The general tips page is one of the most important ones - it contains a set of basic information. In addition, you will learn how to use the camera, why is Bullet so important, and how long will take to complete the game.

The second part is the walkthrough. This section contains tips that should help you complete the game. Thanks to them, you won't have to be afraid of any puzzles or secret events. The last part of the guide is the appendix containing system requirements, achievements and controls.

The second part is the walkthrough. You will find tips to help you successfully complete all chapters - beginning to end. Thanks to them, you won't have to be afraid of any puzzles or secret events.

In the third part, you will find locations of all the secrets that can be found during the game. Looking for dog tags or wooden dolls? We've got you covered. The last part of the Guide is an appendix with system requirements, achievements and controls.

Blair Witch takes place in 1996, in the Black Hills forest near Burkittsville, Maryland. You play as Ellis - a former officer with military training. The man decides to take part in the search for the missing boy. 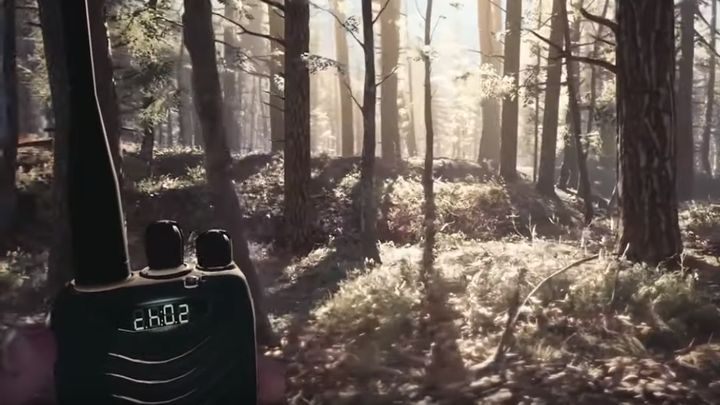 The main character didn't reach the gathering place on time. He has to go further into the forest alone. Instead of joining the group, the trail found by his dog leads Ellis further into the forest -the man is lost in a paranormal wilderness. Despite the issues, he maintains communication with the Sheriff conducting the search.

Blair Witch: Is the game related to the movies?

No. Blair Witch is a separate story and is unrelated to the stories depicted in the films. However, during the adventure, you will come across references to the first part of the series. During conversations, you can hear about a group of missing teenagers and "the place where the tapes were found".

Blair Witch: On which platforms can I play Blair Witch?

Blair Witch is available on PC and Xbox One.

Blair Witch: Does the game has any secrets?

Yes. During the adventure, you will come across videotapes serving as collectibles.

During your adventure with Blair Witch, you will be able to unlock 25 achievements (7 of them are secret). Keep in mind that unlocking all achievements during a single playthrough is impossible. The page below contains descriptions and instructions on how to get all the trophies.