This page of the Biomutant guide contains a detailed walkthrough of the End of the World main quest.

Signs heralding the end of the world are visible everywhere. Nature is preparing its retaliation, doomsday is coming and you must face Lupa-Lupin one last time. 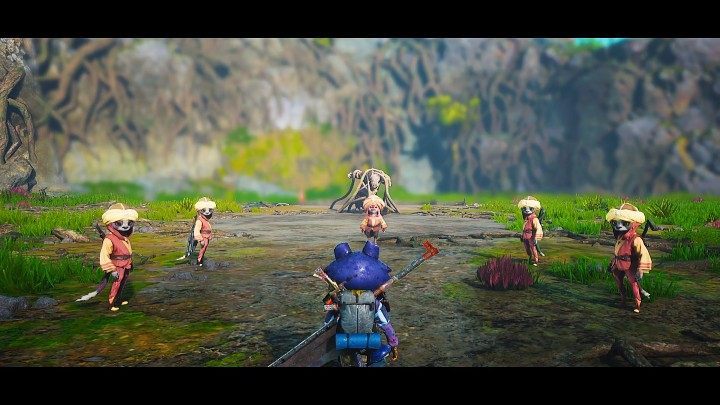 Head to Lupa-Lupin's camp. At the site, you will meet the Sifu of the allied tribe, who will want you to decide what will happen to the captured Lupa-Lupin. As you speak, the carnivore will break free from his shackles and rush to attack. 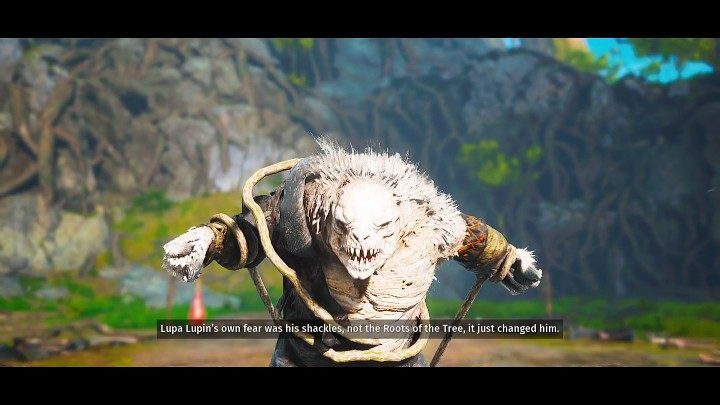 During the previous battle ( The Meat Eater story quest), Lupa-Lupin was defeated and captured by the roots of the Tree of Life. Unfortunately, capturing the predator has only enhanced his power and Lupa-Lupin is much more powerful than before. The fight with this opponent has been divided into two stages. In each of them, you have to drain the boss's health bar that has been divided into three parts. 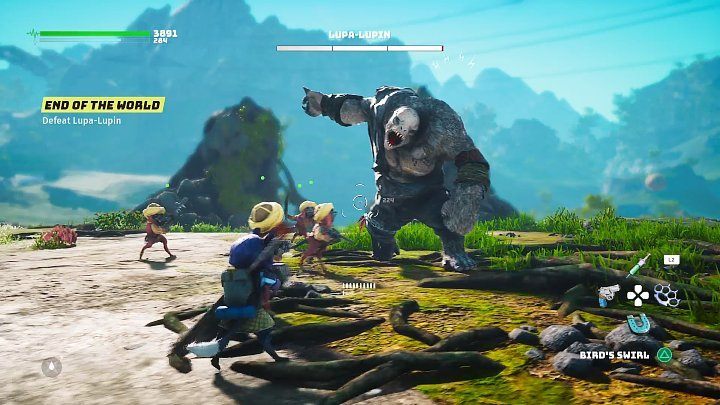 At the beginning of the first stage, you can count on the help of the warriors of the allied tribe, who will immediately attack. Tribal warriors not only do damage, but they also distract the boss. 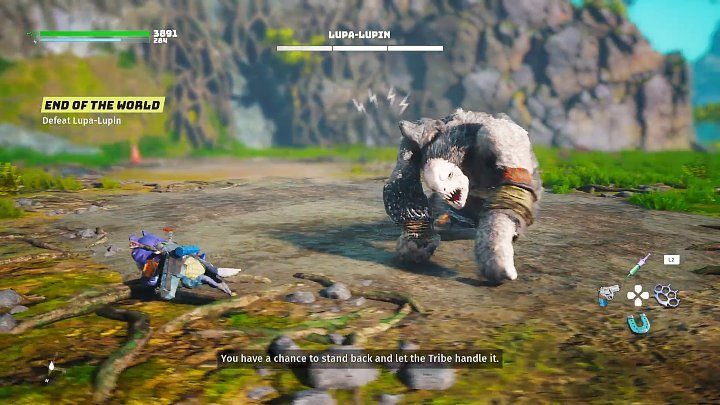 Lupa-Lupin, despite his huge size, is a very agile opponent and can charge at your hero in a split second - be prepared to dodge to the side when you see the characteristic white lightning icons above his head. 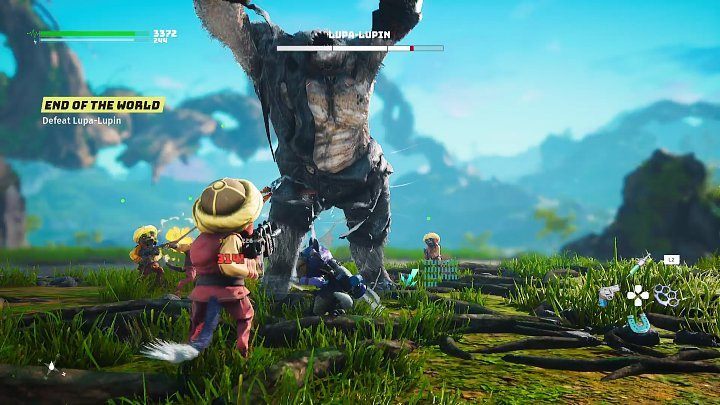 In close-range combat, watch out for sweeping paw attacks as well as powerful strikes from behind the head. Moreover, Lupa-Lupin will try to catch his target and crush him. 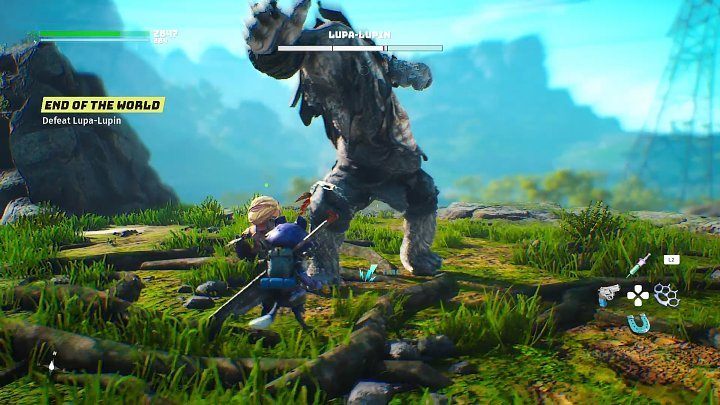 When you drain the first part of Lupa-Lupin's health bar, the Sifu of the allied tribe will intervene in the fight. The boss will not have any new abilities during this stage. 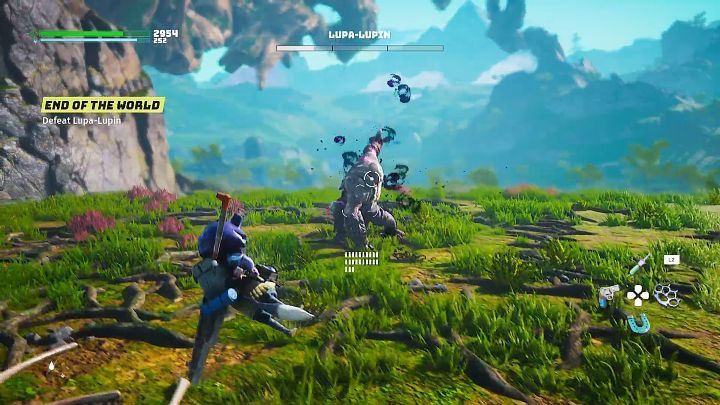 Once Lupa-Lupin defeats Sifu, you will have to continue the boss fight alone. In the final moments of this stage, the boss will use dark energy, which he can accumulate and then hurl along the ground towards his opponent. You can avoid receiving damage by dodging sideways.

The second stage takes place in the small arena under the Tree of Life and is much more difficult. In addition to the fast-flying projectiles the boss used to attack in the previous phase, Lupa-Lupin will have new abilities.

Before starting the fight, it is a good idea to go to the consumables menu and add modules to the quick selection bar to increase the damage of ranged weapons and replenish the supply of first aid kits. 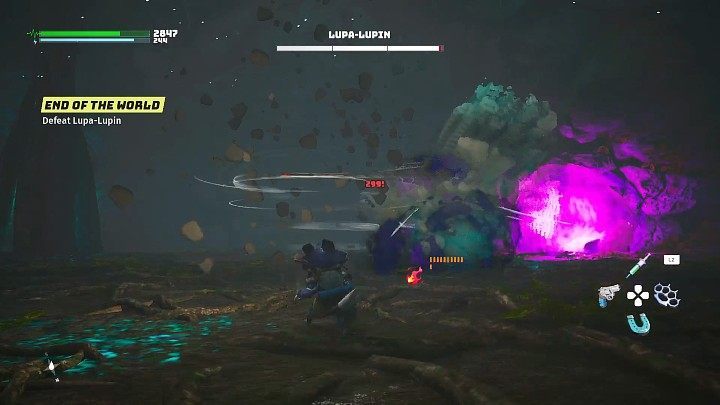 One of Lupa-Lupin's new abilities is the ability to move quickly around the arena. The boss transforms into a ball of purple energy and instantly moves to a location of his choosing - if you stand in his way, you will take damage. 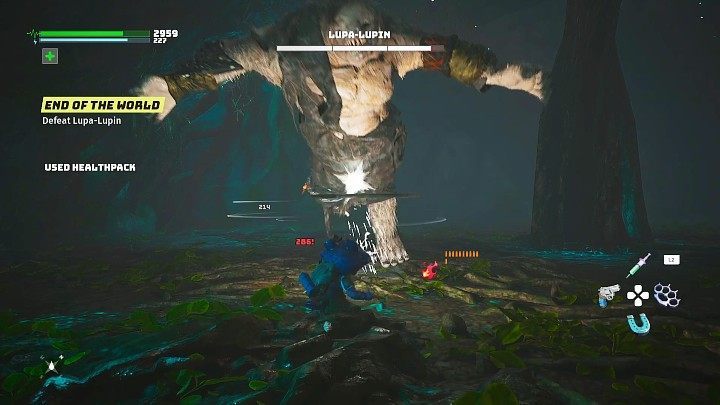 It is definitely easier to fight with ranged weapons, as you will be out of range of many of Lupa-Lupin's attacks. When fighting at close range, watch out for quick paw attacks, overhead strikes, and violent grabs. 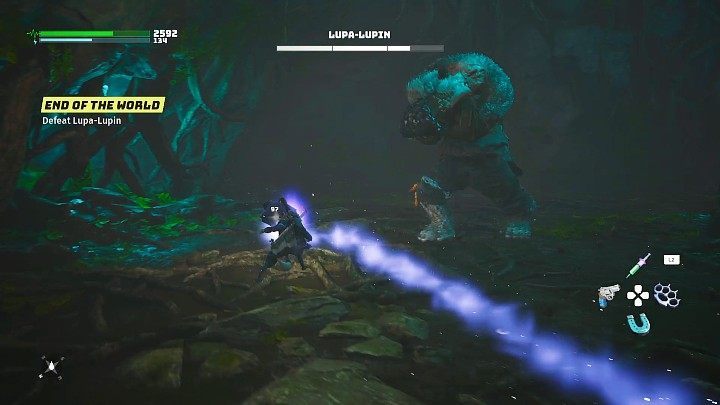 It should be noted here that Lupa-Lupin can block psionic and other special attacks, which will greatly reduce the damage done. The opponent blocks them by covering his face with his hands. 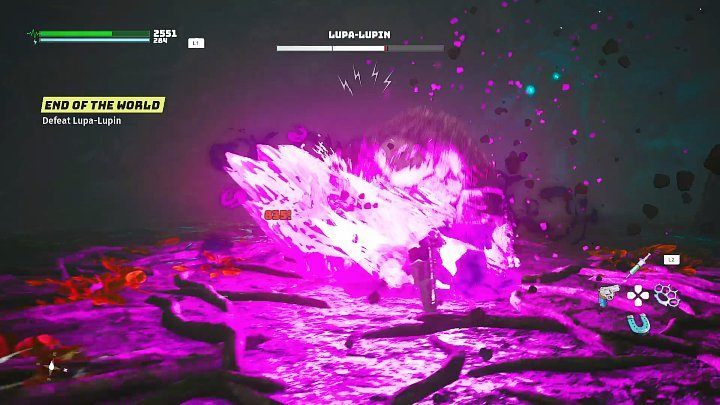 When you deprive the boss of the first part of his health bar, Lupa-Lupin will get angry and attack with even more fury, using his dark power. When your opponent starts hitting the ground, you will have to jump over the shockwaves he creates. 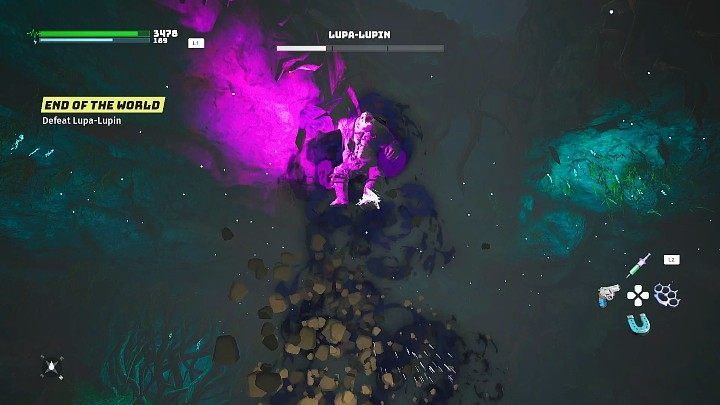 In the final stage of the fight with Lupa-Lupin, you must watch out for one new skill, which is the jump attack. The Boss gathers power, then leaps high into the air and falls to the ground with a huge impact. 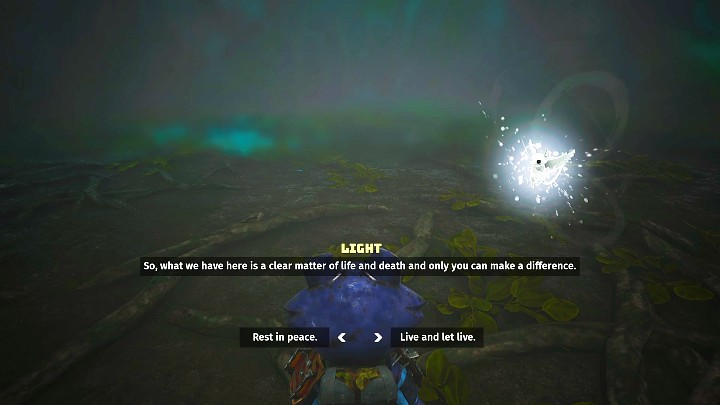 When Lupa-Lupin's health drops to zero, the fight with the final boss of Biomutant will be over and you will have to decide the fate of the defeated predator. 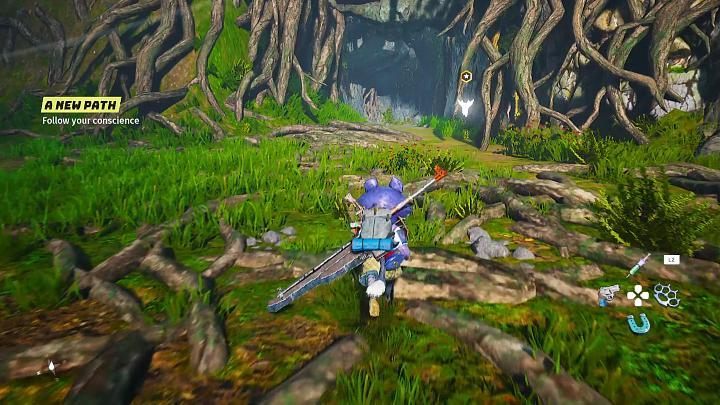 After you get to the surface, a voiceover will summarize your actions and the choices you made while playing the game in a few short sentences. Follow your conscience to the cave under the Tree of Life and watch the end of Biomutant.